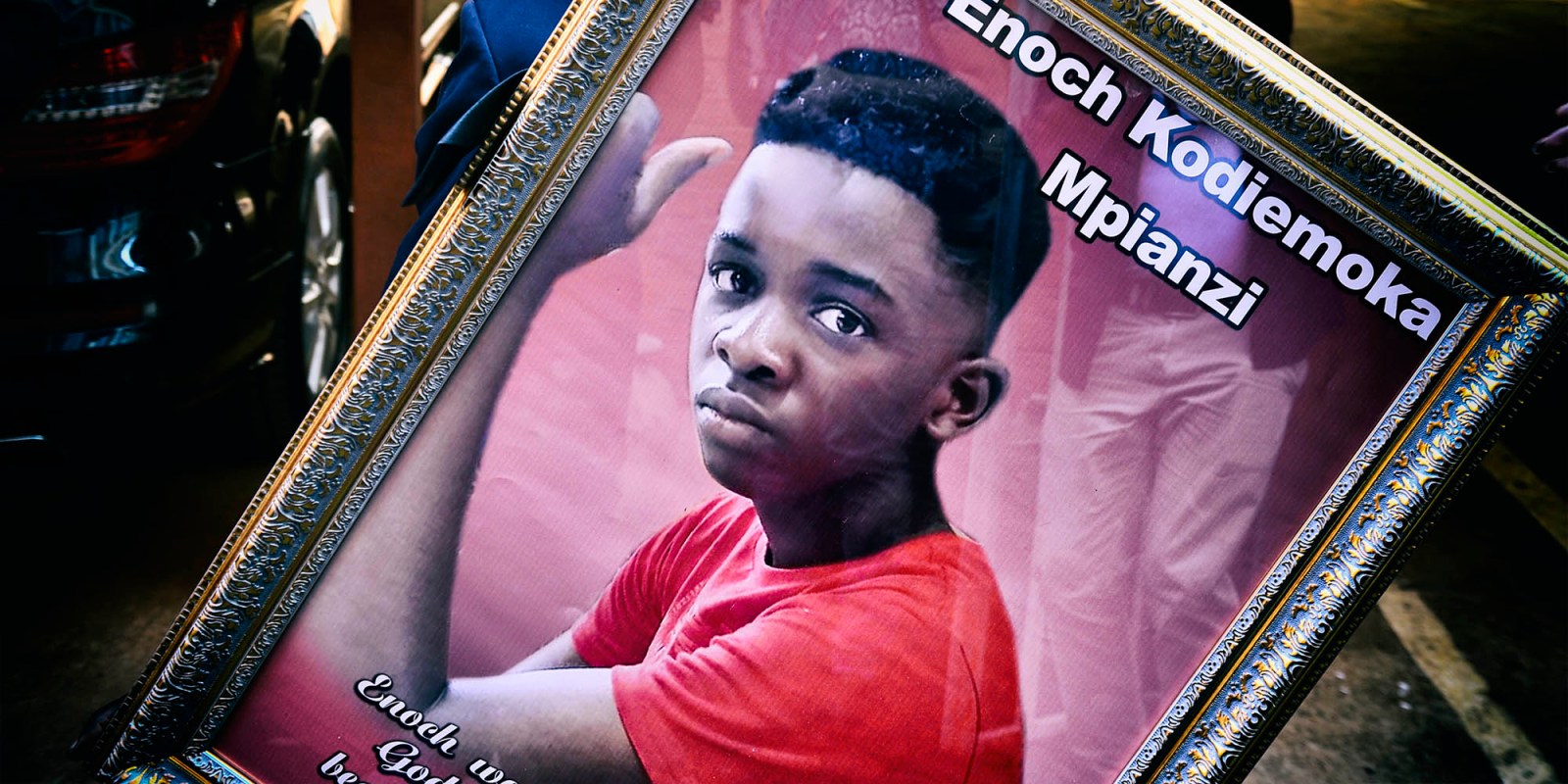 Questions have finally been answered over the drowning of 13-year-old Parktown Boys High School learner Enock Mpianzi, who went missing on Wednesday 15 January during a ‘water activity’ at the school’s annual Grade 8 camp.

Nearly two months since the tragic incident, MEC for Gauteng Education Panyaza Lesufi released an executive summary of the forensic report into the death of Grade 8 Parktown boy Enock Mpianzi on Wednesday 4 March.

“It’s quite a painful process, but we have to soldier on,” Lesufi said after the report was read out. “But after reading such a report it becomes difficult to be normal again.”

Lesufi released the report with Lawyer Peter Harris from Harris Nupen Molebatsi Attorneys who conducted the forensic investigation into the matter.

The 61-page report reveals that both Nyati Bush and River Breakaway in Brits, North West and the headmaster and five educators from Parktown Boys High School were reckless and negligent.

“This was a water exercise that went seriously wrong (and) as a result Enock Mpianzi drowned,” Harris said.

Enock went missing on Wednesday 15 January 2020 during a water activity at Nyati Bush. The activity required the learners to build a makeshift raft using objects around them such as wooden poles and shoelaces.

The boys then sailed the raft across the Crocodile River where it capsized. Witnesses confirmed that they saw Enock and a number of other learners struggling in the water.

The report revealed that Nyati Bush and River Breakaway’s camp manager, Anton Knoetze, told investigators the entire water exercise took place in shallow water and on dry land. Harris stated that during their investigation they found this to be misleading and false.

The report found that water levels were high and the current was strong. Harris said Knoetze was asked why boys were not wearing life jackets.

Knoetze, according to the report, said the camp only owned 12 life jackets and stated that “…we keep life jackets for tubing, not this activity”.

Harris further stated that during the investigation, the firm found that Enock was the fifth child to die due to a water activity at Nyati.

Lesufi told the media that communications had already been sent out to schools in Gauteng demanding that they suspend the use of Nyati.

“We don’t want Enock to be another statistic,” Lesufi said.

On Thursday 16 January, parents, authorities and Panyaza Lesufi were informed that the boy had disappeared.

On Friday morning 17 January, Lesufi announced that Enock’s body had been found.

According to Harris, educators were just as negligent as Nyati as roll call was taken only at the school hall before the boys departed for the camp.

Harris revealed that the roll call list was left on the bus and the bus driver returned to Johannesburg with it. No roll call could be taken before the first activity. The camp then tried to get the school to send a list, but they sent the wrong one.

The school was negligent in not having an accurate roll call list.

“If the correct roll call list had been used,” Harris said, “they would have realised 18 hours earlier that a boy was missing.”

As to allegations that boys had alerted supervisors to the fact that Enock was missing on the Wednesday after the activity, Harris said that remained unclear as the parents of the boy who gave an eyewitness account to radio show host Eusebius McKaiser on 22 January would not speak to the lawyer.

It is also revealed in the report that educators were not present at the beginning of the activity and had come “late”, according to Harris.

Former headmaster Malcolm Williams had come down to the river at the time of the activity. He saw boys not wearing life jackets and instructed one of the educators to stop the activity immediately.

“I could see that there [was] a current, but could not see how strong… I think he [one of the boys in the water] must have been treading [water] and moving with the current,” Williams further stated, according to the report.  The report does not state if they did stop immediately or at all.

Lesufi announced on 24 January that Williams was suspended until April as the Grade 8 camp had not been approved by the district or head office.

Schools are required to submit camp applications to the district three months in advance, but Parktown Boys High submitted its application on 19 November 2019.

Harris recommended that Williams and some of the educators involved face a disciplinary hearing and that the school also be held liable for negligence, as well as the school governing board for allowing the camp to take place without authorisation.

The report found that Nyati should also be held liable for the dangerous conditions at the orientation camp.

Lesufi said charges have been laid against the respective parties and action has to be taken.

“Until that case is finalised by the police and presented to us, we can’t pre-empt if the police will charge people with culpable homicide,” Lesufi said, “but the criminal charges have been laid already.” DM