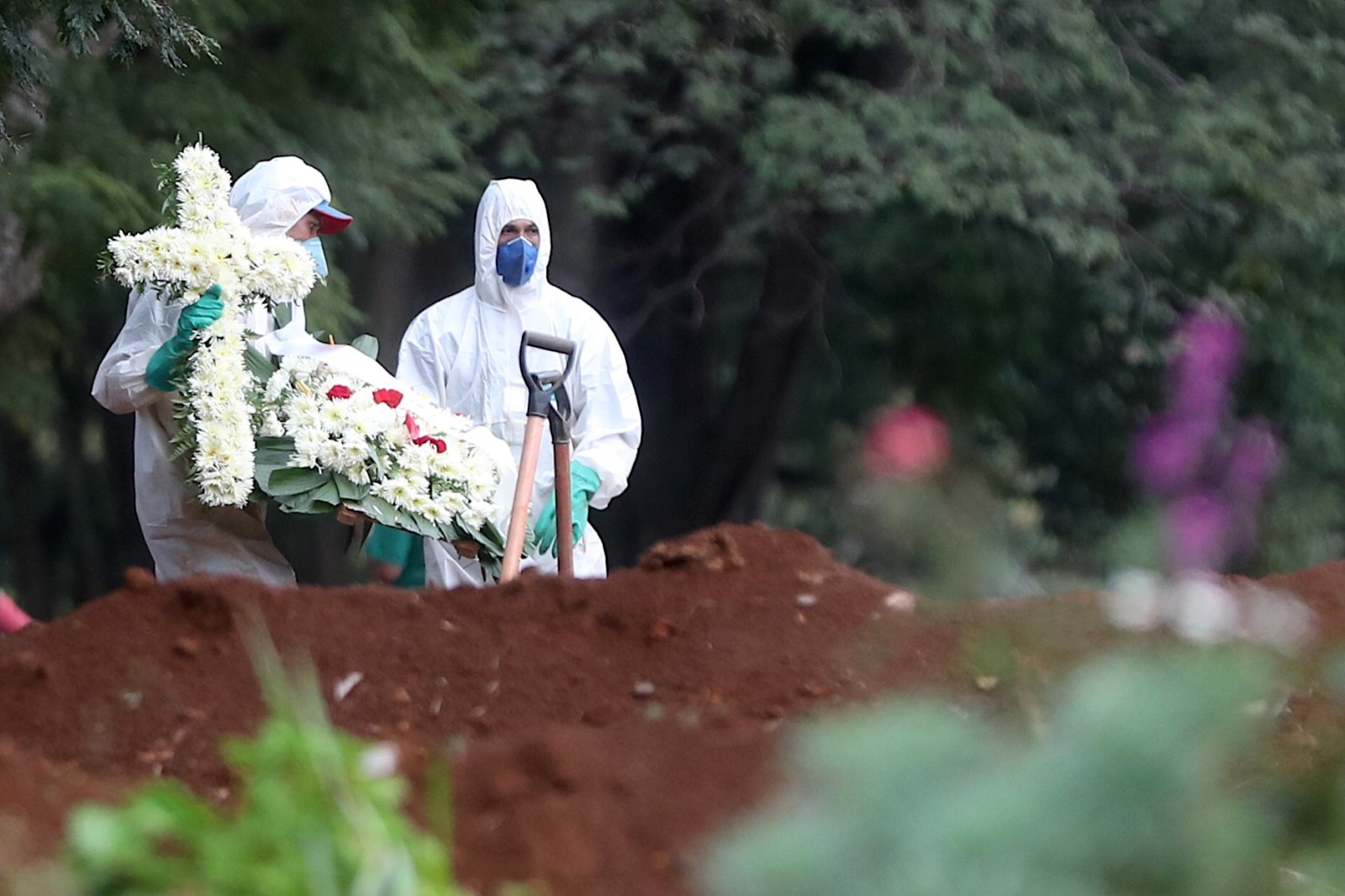 epa08341632 Employees of the funeral service bury a victim of COVID-19 in the Vila Formosa cemetery, located in Sao Paulo, Brazil, 03 April 2020, the largest in Latin America. Cemeteries in Sao Paulo, the most populous city in South America and the main focus of coronavirus cases in Brazil, have redoubled their work and intensified precautionary measures to avoid contagion by coronavirus during burials. EPA-EFE/FERNANDO BIZERRA

GENEVA, May 22 (Reuters) - South America has become a new epicentre of the COVID-19 pandemic with Brazil hardest-hit, while cases are rising in some African countries that so far have a relatively low death toll, the World Health Organization (WHO) said on Friday.

“The COVID-19 pandemic today reached a milestone in Africa, with more than 100,000 confirmed cases. The virus has now spread to every country in the continent since the first case was confirmed in the region 14 weeks ago,” the WHO said in a statement, noting there were 3,100 confirmed deaths on the vast continent.

Dr. Matshidiso Moeti, WHO regional director for Africa, who is from Botswana, said: “For now COVID-19 has made a soft landfall in Africa, and the continent has been spared the high numbers of deaths which have devastated other regions of the world.”

Even so, she said, “We must not be lulled into complacency as our health systems are fragile and are less able to cope with a sudden increase in cases.”

About half of African countries are experiencing community transmission of the virus, the WHO said.

Brazil is the “most affected,” and authorities there have approved broad use of the anti-malarial drug hydroxychloroquine for treatment of COVID-19, he said. He reiterated that clinical evidence does not support the drug’s widespread use against the disease, given its risks.

Nine African countries had 50% rises in cases in the past week, while others have seen a decline or have stable rates, Ryan said.

The low mortality rate may be because half the continent’s population is 18 or younger, he said, while saying he remains worried the disease will spread on a continent with “significant gaps” in intensive care services, medical oxygen and ventilation.

(Reporting by Stephanie Nebehay in Geneva and John Miller in Zurich; Editing by Leslie Adler)