Heavy rains in India and Bangladesh as cyclone bears down 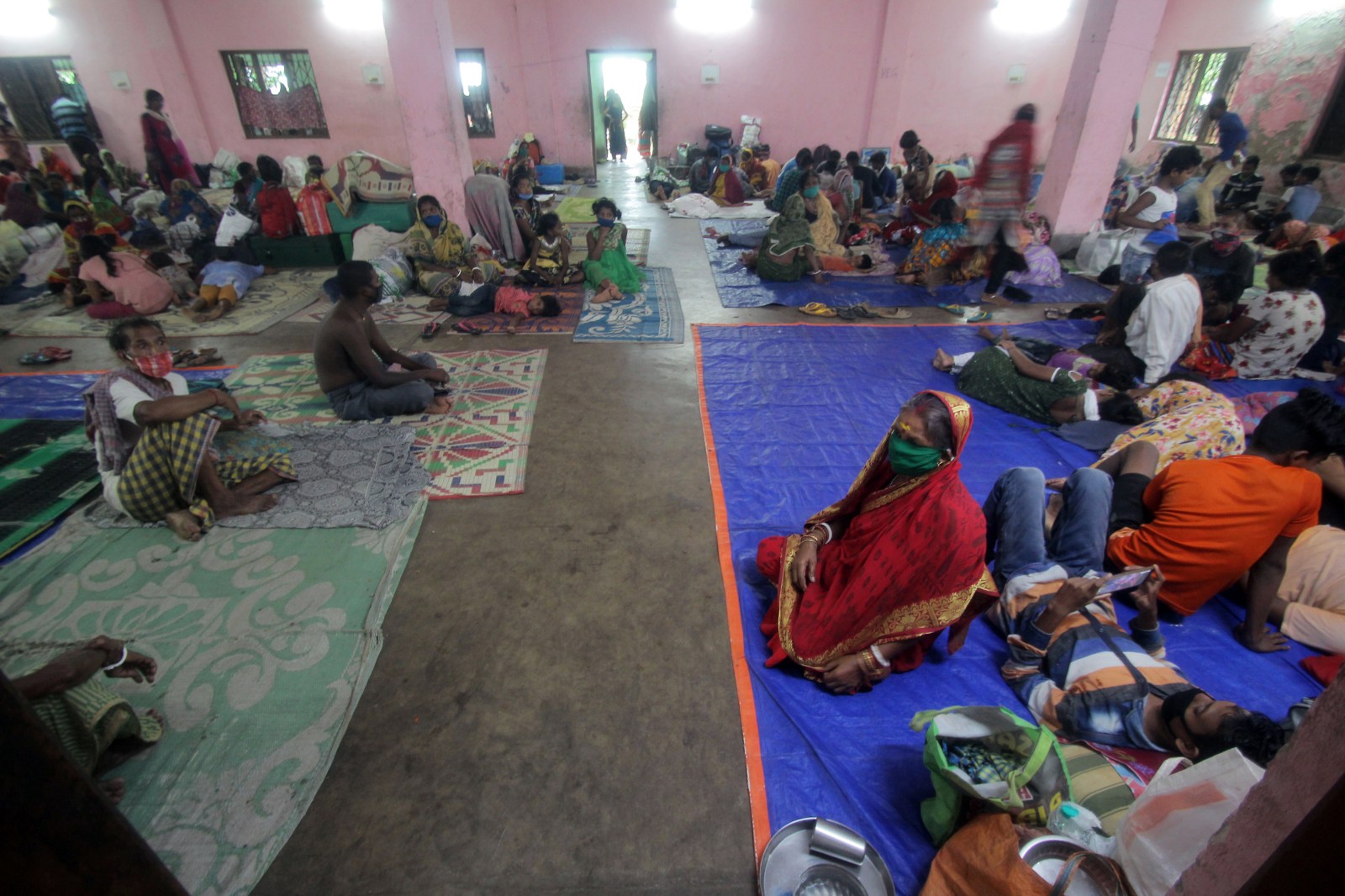 epa08432181 Evacuated people rest in a temporary cyclone relief shelter as Cyclone Amphan, termed as 'super cyclone' approaches through the Bay of Bengal and is expected to make a landfall on West Bengal coast on 20 May, at Paradeep, Odisha, India, 19 May 2020. Mass evacuation has been going on to secure people as 300,000 people in the regions of Odisha and West Bengal are expected to be affected by the Cyclone Amphan. EPA-EFE/STR

DHAKA/KOLKATA, May 20 (Reuters) - Heavy rains and winds lashed two eastern Indian states and parts of Bangladesh hours before a powerful cyclone made landfall on Wednesday, with rescue teams evacuating millions of villagers to higher ground in an operation complicated by the coronavirus pandemic.

Bangladesh’s disaster management officials said they were working on a war footing to evacuate about two million people from coastal areas as Cyclone Amphan approached from the Bay of Bengal.

“It has been challenging to evacuate people while maintaining distancing. We have doubled the number of the cyclone centres to ensure safe distancing and hygiene,” said Enamur Rahman, the junior minister for disaster management.

Officials said they feared standing crops could be damaged and large tracts of fertile land washed away. Farmers were being helped to move fresh produce and livestock to higher ground.

“Fortunately, the harvesting of rice crop has almost been completed. Still it (the cyclone) could leave a trail of destruction,” said Mizanur Rahman Khan, a senior official in the agriculture ministry.

Bangladesh officials also said they had moved away hundreds of Rohingya refugees living on a flood-prone island in the Bay of Bengal to storm shelters.

The weather department in India said Amphan had slowed and was likely to cross the coast near West Bengal state or Bangladesh around 2:30 p.m. (0900 GMT).

An Indian federal home ministry official said West Bengal and neighbouring Odisha state were struggling to house thousands of evacuees as existing shelters were being used as coronavirus quarantine centres.

Extra shelters were being prepared in wholesale markets and government buildings with allowances made for social distancing, while masks and scarves were being distributed among the villagers.

Police in West Bengal state, which is expected to be badly affected by the storm, said people were unwilling to go to the shelters because they were afraid of contracting COVID-19 and many were refusing to leave their livestock behind.

“We have literally had to force people out of their homes, make them wear masks and put them in government buildings,” said a senior police official in West Bengal’s capital, Kolkata.

Monoranjan, a resident of Choto Mollakhali island in the Sunderbans area that is expected to bear the brunt of the storm, said the rains could inundate stockpiles of rice.

“We are just praying for this night to get over,” he said.

Railway officials have diverted trains away from the cyclone’s path to protect thousands of migrant workers travelling to Odisha and West Bengal from the capital New Delhi where they had lost their jobs due to the coronavirus lockdown.