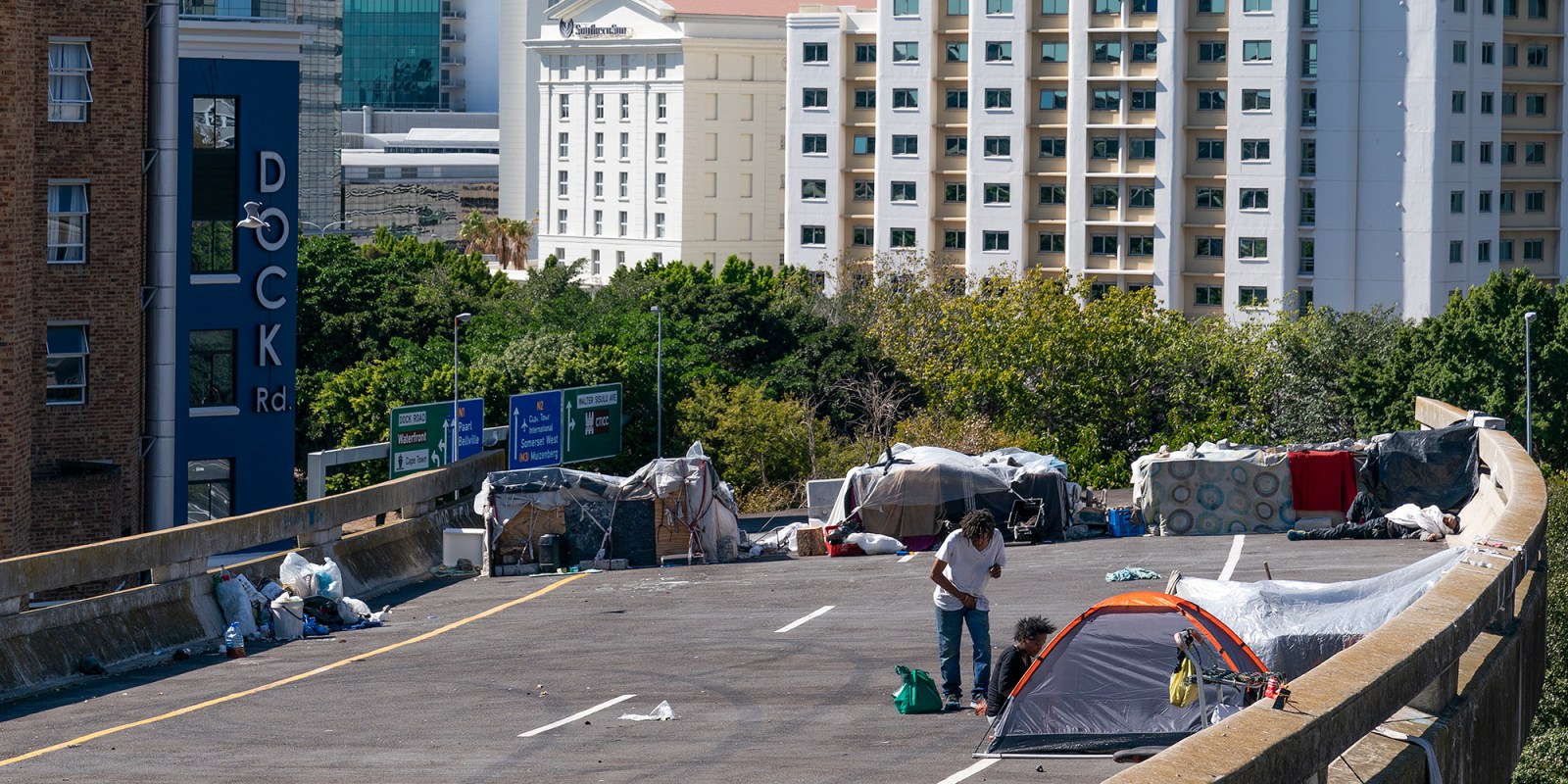 A homeless couple prepare their tent for a night in Cape Town. (Photo: EPA-EFE / Nic Bothma)

Support for homeless people in the Western Cape came under the spotlight during a provincial Department of Social Development briefing on Tuesday 19 May, when legislators heard that the process to reintegrate homeless people into society was complex.

What support are the Western Cape authorities providing to the homeless, not only during the Covid-19 pandemic, but consistently? This was the most pressing question during a briefing in the Western Cape legislature on Tuesday morning.

The social development department briefed the legislature’s standing committee on its quarterly progress report, but almost immediately discussion turned to issues of what services the department is providing to homeless people in the province.

Previously, department head Robert MacDonald told the legislature there were around 6,680 homeless people accommodated in shelters across the province, including the Strandfontein temporary relocation camp. The camp, although not mentioned by name, was the elephant in the room as MPLs questioned the level of support being provided to the homeless.

The controversial site on the Cape Flats, where a large group of homeless people were kept during the initial 21-day lockdown, will be officially closed this week, according to the City of Cape Town.

MacDonald told the committee “temporary shelters are not the ideal situation” to help get homeless people reintegrated into society. MacDonald said the reintegration process was long and tedious and often took months to complete. He said there were also cases of homeless people not wanting to be reintegrated with their families, and ways needed to be figured out how to help these people too.

On the subject of shelters, MacDonald said “temporary shelters were hastily put together” and time was needed to develop plans to help homeless people.

When asked by committee member Wendy Philander to explain what the term “psychosocial” support meant, MacDonald said this entailed providing holistic support to the individual. This included health check-ups, the provision of nutritional food, ensuring the person had identity documents, family therapy sessions and skills development, all with the aim of helping the homeless person become independent again.

MacDonald warned that resources were “stretched thinly”, as only 22 social workers were funded by the department.

These resources would come under further pressure as the department faced potential budget cuts from both the national and provincial governments to help fund Covid-19 relief efforts. DM