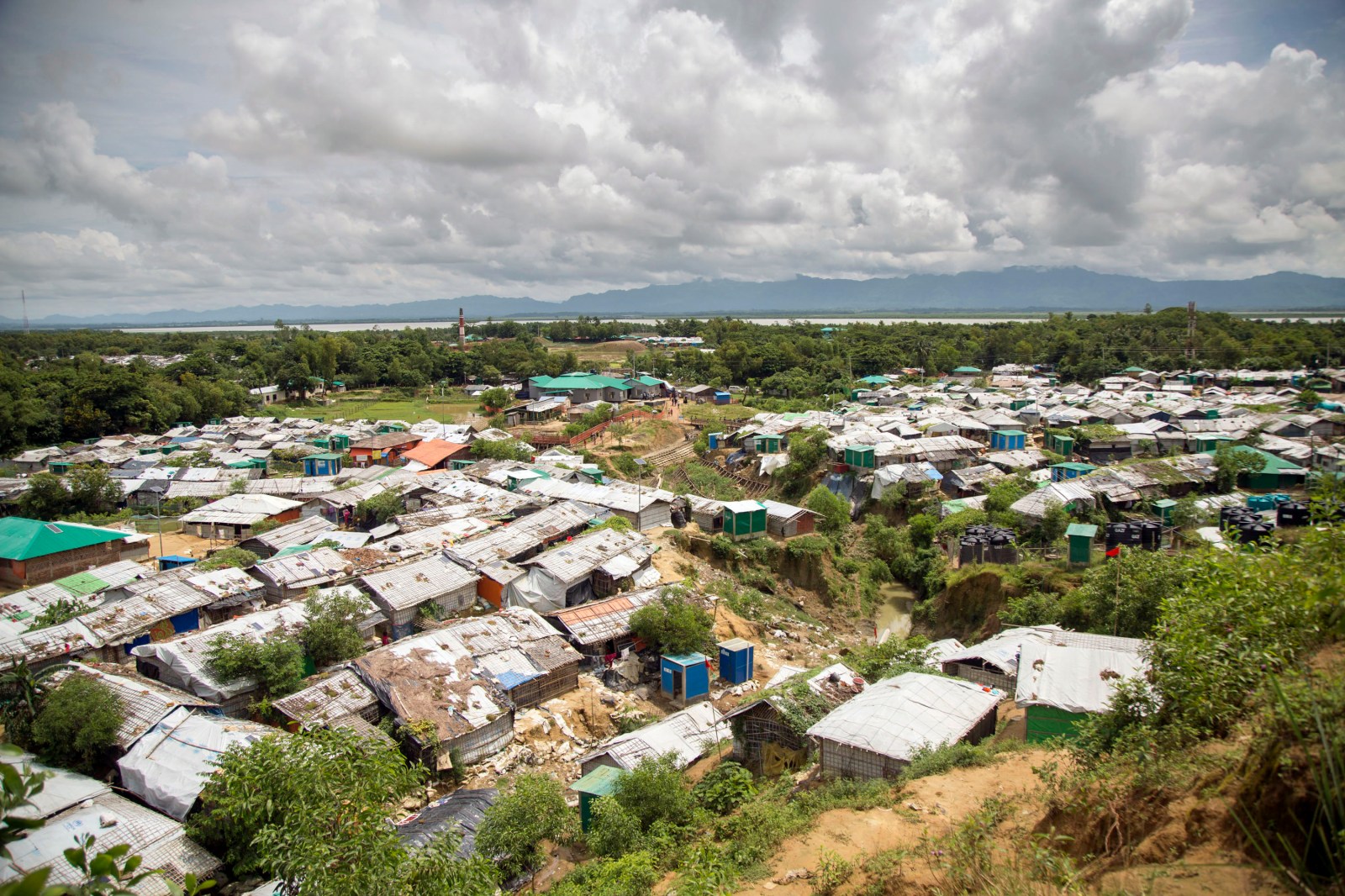 DHAKA, May 14 (Reuters) - The novel coronavirus has been detected in one of the southern Bangladesh camps that are home to more than a million Rohingya refugees, officials said on Thursday, as humanitarian groups warned the infection could devastate the crowded settlement.

An ethnic Rohingya refugee and another person have tested positive for COVID-19, a senior Bangladeshi official and a U.N. spokeswoman said. It was the first confirmed case in camps more densely populated than most crowded cities on Earth.

“Today they have been taken to an isolation centre after they tested positive,” Mahbub Alam Talukder, the Refugee Relief and Repatriation Commissioner, told Reuters by phone.

The other patient was from the “host population”, a term usually referring to local residents outside the camps, the U.N. spokeswoman said.

Coronavirus infections have been gathering pace in recent days in Bangladesh, which has reported 18,863 cases of COVID-19 and 283 deaths.

Aid workers have warned of a potential humanitarian disaster if there is a significant outbreak in the refugee camps outside Cox’s Bazar.

Dr Shamim Jahan, Save the Children’s health director in Bangladesh, said in a statement the virus already had overwhelmed the country.

“There are only an estimated 2,000 ventilators in all of Bangladesh, serving a population of 160 million people. In the Rohingya refugee camps – home to nearly a million people – there are no intensive care beds at this moment”, he said.

“Now that the virus has entered the world’s largest refugee settlement in Cox’s Bazar we are looking at the very real prospect that thousands of people may die from COVID-19. This pandemic could set Bangladesh back by decades.”

U.S. ambassador at large for international religious freedom, Sam Brownback, told Washington reporters by phone: “I’ve been to the refugee camp. It is (so) incredibly crowded that the COVID virus will spread through there very rapidly, unfortunately. They have to have access to adequate healthcare”.

Health facilities lack staff and space, while people in the camps do not have enough soap and water or space to protect themselves, said Manish Agrawal, Bangladesh Country Director at the International Rescue Committee.

“Here, people are living 40,000 to 70,000 people per square kilometer. That’s at least 1.6 times the population density on board the Diamond Princess cruise ship, where the disease spread four times as fast than in Wuhan at the peak of the outbreak,” he said.

“Without efforts to increase healthcare access, improve sanitation, isolate suspected cases and decongest the camp the disease will devastate the refugee and local population here, where there is a much lower standard of living and a higher rate of existing illness that make refugees more susceptible to the virus,” he said.

More than 730,000 Rohingya arrived from Myanmar in late 2017 after fleeing a military crackdown. Myanmar is facing charges of genocide at the International Court of Justice in the Hague over the violence. The army denies genocide, saying it was fighting a legitimate battle against Rohingya militants who attacked first.