Under Covid-19, racism in Britain and the world is a matter of life and death 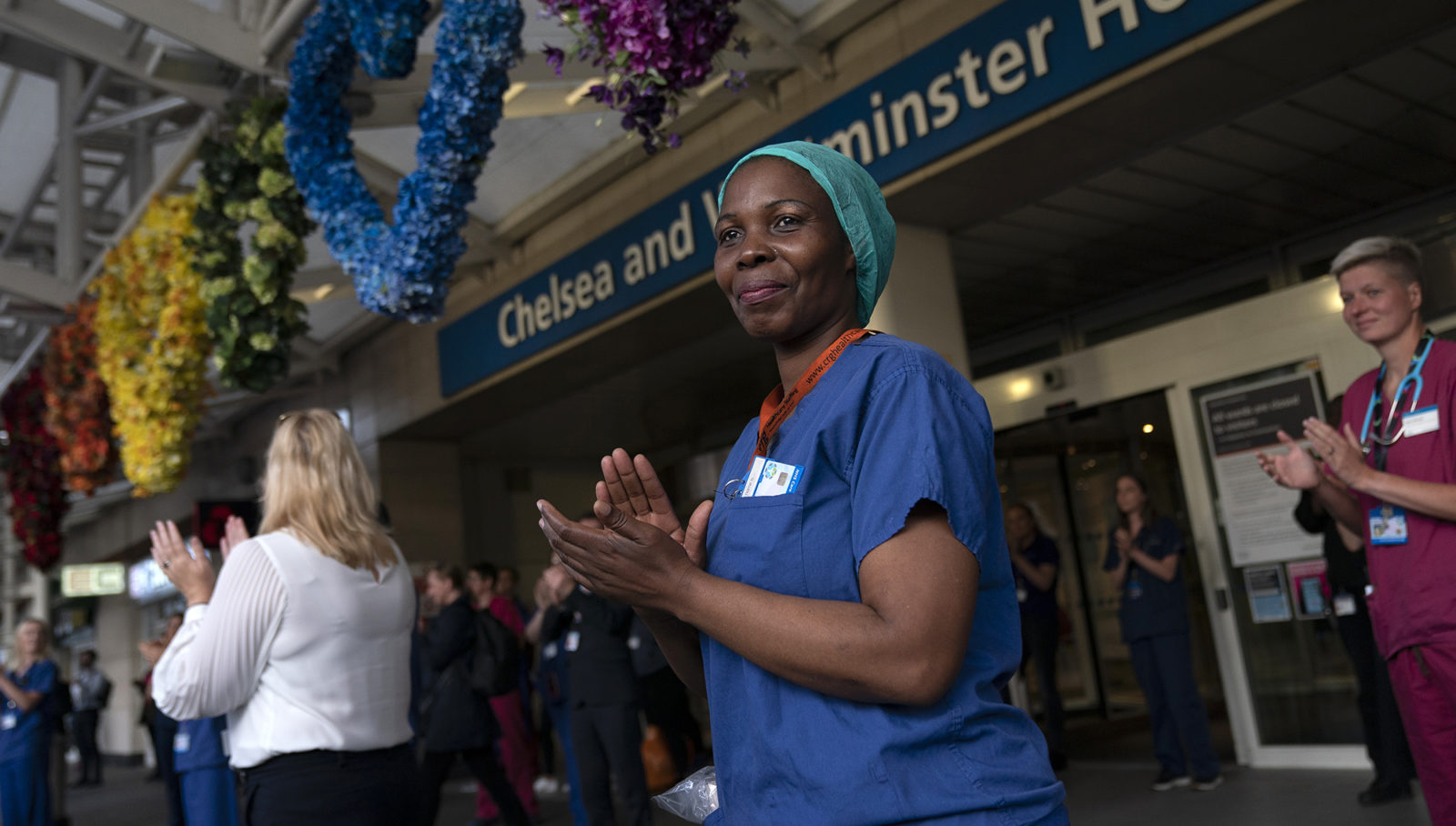 NHS staff applaud during the 'Clap For Our Carers' campaign in support of the National Health Service (NHS) outside the Chelsea and Westminster hospital in London, Britain, 7 May 2020. (Photo: EPA-EFE / Will Oliver)

Disproportionate death rates for minorities in the UK serve as a reminder of what is at stake with racism. But we must also connect the issue to the plight facing black and brown people across the globe, who suffer the deadly consequences of the pandemic of racism every single day.

No one should be surprised that people from an ethnic minority are more likely to die from Covid-19 in the UK. One of the iron laws of health inequalities is that ethnic minorities suffer worse outcomes across most illnesses and conditions. Anyone paying attention would have predicted the disproportionate impact of Covid-19.

We are far more likely to have an underlying condition, which is clearly tied to death rates. We almost exclusively live in cities; in fact, half of all black people in the UK live in London. We are more likely to work in the caring professions, particularly the National Health Service which has been dependent on immigrant labour since it was founded.

We are also more likely to be in key worker roles and in the service industry, and therefore exposed to the illness. Minorities are also over-represented in the ranks of those suffering from economic hardship, which is linked to worse outcomes for health in general and Covid-19 in particular.

One of the continued distortions of racism is to see race through the lens of biology. Disproportionate deaths from Covid-19 is a social issue, not a genetic one. The virus has wreaked most devastation across Europe and the US, the bastions of whiteness, so it is clearly delusional to look into the biology of those with roots outside the West for some kind of deficit. Just as we are seeing in the US, it is the place minorities find ourselves within these societies that make us more prone to death.

The shock and hand-wringing of those charged with looking after the nation’s health show just how badly misunderstood racism is in Britain. It is reduced to individual acts of prejudice, the product of “bad apples” that can be either educated or removed from positions of power.

There is simply no framework to understand the structural inequality at the root of the problem. We deal with racism as a token issue, something that can be dealt with by a report, rolling out some token figure to assure us that we are being taken seriously.

Public Health England’s recruitment of Trevor Phillips, who has become the toast of the right-wing press for his supposedly “honest” talk about racism and apparent Islamophobia, may mark a new low in the race relations industry.

In the search for quick fixes, we will hear a lot of talk about “what can be done?”, but there are no simple solutions. The deaths are the result of centuries of history and oppression, deeply woven into the fabric of society. The worst possible response is to look for a magic bullet, a vaccine for racism. Covid-19 is a symptom, not the disease.

Racism infects every area of social life from educational attainment to employment and contact with the police. The result is an always precarious existence and Covid-19 is a reminder that racism is a matter of life and death. But once we understand racism in a global perspective, we find the problem is even worse.

Racism in a global perspective

It seems miraculous that an illness just a few months old will shortly have a vaccine. The only vaccine for malaria is not very effective and was rolled out in three African countries despite significant safety concerns. The disease kills over 400,000 mostly African children a year and has been around for over a century.

It is anticipated that the economic chaos caused by the economic lockdown will result in an additional 1.5-million deaths due to tuberculosis in the under-developed world. As we found with Ebola, it is only once a disease threatens those valuable lives in the West that it becomes worthy of defeating.

But it is not just in the treatment of disease that we see the deadly results of racism.

The terror induced by the spectacle of hundreds of thousands of deaths in Western countries has sparked unprecedented lockdowns. But our worst fears here are the reality faced by many in the world. Hunger claims the lives of nine million people every year, including at least 22,000 children every day.

It is no coincidence that almost all of these lives are lost in the under-developed world; global inequality is built in the image of white supremacy. The West (white) is the richest and Africa (black) is the poorest, with a ladder of being in between.

The annual pile of black and brown bodies is the product of an economic system that drains the resources and the wealth from the rest to the West. The entire Western system was built on exploitations of slavery and colonialism.

Not only is this wealth and poverty still with us, but unjust trade policies, the milking of mineral wealth and propping up of oppressive regimes ensure that colonial logic still underpins the global economy. The West operates like a vampire, sucking the life out of the world.

It is only because they are engorged on the resources of the rest, that Western governments can afford to spend billions on schemes to keep people at home, while preventing the collapse of their economies. But the economic downturn to come will decimate the poorest and the darkest parts of the globe.

In most of the world, unemployment does not add to the welfare bill, but to numbers who perish through poverty. The economic impact of the lockdown may well claim more lives due to poverty than the illness itself. But this will not be a case of the medicine killing the patient, because black and brown life has never mattered enough to be considered worthy of treatment. DM

Kehinde Andrews is professor of Black Studies at Birmingham City University, UK, and an author whose books include Back to Black: Retelling Black Radicalism for the 21st Century (2018)