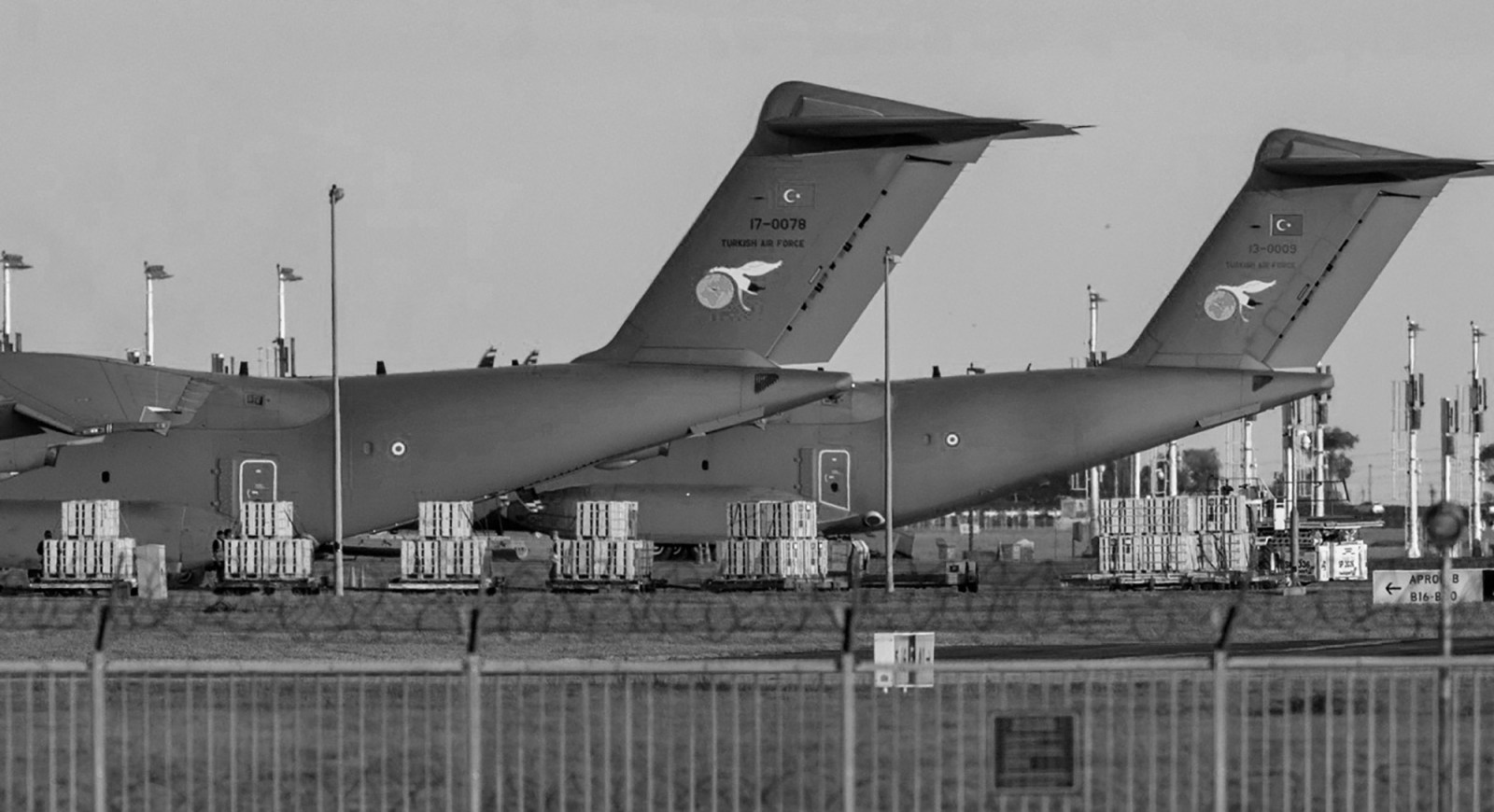 Altogether six A400M military transport planes have been travelling from Turkey to Cape Town in pairs, two days apart, to pick up the order from Rheinmetall Denel Munition (RDM). Each plane can carry up to 37 tonnes of cargo. The last batch left on Monday.

The first of the Turkish planes arrived on Thursday and brought a small load of medical supplies as a gesture of goodwill to South Africa. One of the planes also stopped over in Somalia to drop humanitarian and medical supplies there. Due to the Covid-19 outbreak, the planes were allowed only a very short turnaround time in Cape Town. The lockdown regulations are, however, silent about whether the export of arms is allowed to go ahead despite the pandemic.

Banker-turned-arms-deal-activist Terry Crawford-Browne said the National Conventional Arms Control Committee (NCACC) has failed in its responsibilities as it is suspected that the munitions were destined for use in Libya or Syria. Turkey is involved in the conflict in both countries. This, he said, “makes a mockery of South Africa’s purported support of United Nations Secretary-General [António Guterres’s] appeal for a Covid-19 ceasefire”.

He said the NCAC Act provides that South Africa would not export armaments to countries that abuse human rights or are in regions in conflict, or which are subject to UN arms embargoes. Crawford-Browne said he has written to Minister in the Presidency Jackson Mthembu, as the head of the NCACC, and International Relations Minister Naledi Pandor, as the deputy, asking them to enforce the provisions of the act.

Countries such as Germany, France and the United Kingdom have already banned exports of weapons to Turkey which they said could be used in the conflict in Syria, saying it could be a threat to European security. Turkish Foreign Minister Mevlüt Cavusoglu, however, said any arms embargo would strengthen Turkey’s domestic production.

Turkish ambassador Elif Ülgen earlier confirmed that the cargo was military ammunition bought from Rheinmetall Denel Munition (RDM), but said most of it would be used for military exercises at home. The supplies are destined for the Machinery and Chemical Industry Institution (MKE) which processes explosives and ammunition for the Turkish ministry of defence and which was supposed to have received the order at the beginning of March. The outbreak of the coronavirus pandemic and restrictions in travel, including flyover permissions, meant a delay of several weeks.

RDM is jointly owned by German company Rheinmetall Waffe Munition GmbH and Denel, and, according to information on the company website, “specialises in the development, design and manufacture of large- and medium-calibre ammunition families and is a world leader in the field of artillery, mortar and infantry systems as well as plant engineering”.

RDM is no stranger to controversy. It was previously involved in selling weaponry suspected of fuelling the crisis linked to human rights violations in Yemen, but this practice was halted in 2019 when tightened export controls came into effect in South Africa. It has also exported its 120mm mortars to the United Arab Emirates and Saudi Arabia, with reportedly increasing evidence that coalition forces from these two countries have targeted civilians. DM