The triumphant rise of banana bread 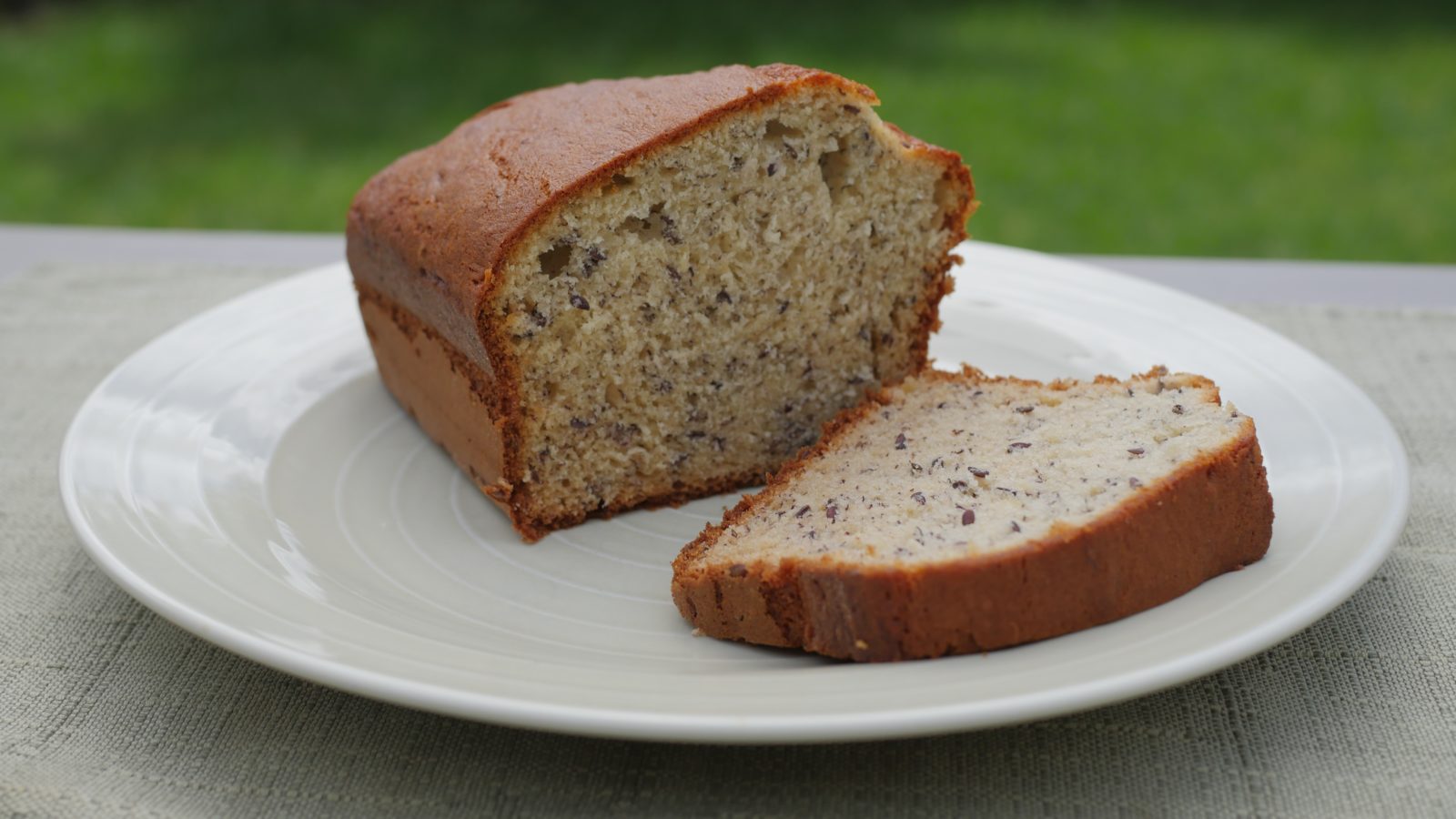 Bananas are trending on social media worldwide as we unite during the global lockdown to bake batches of comforting banana bread. Who would have thought that coronavirus would push #bananabread into the top spot?

Up until a few weeks ago, I would hardly have given an image of banana bread a second look. But recently, through no algorithm prompting from me, I have been seeing images of loaves and slices abounding on social media.

In quarantine kitchens around the world, it seems a single culinary queen has emerged, enthralling bakers and consumers alike. Of all the fruit or fillings that could have taken top spot, bananas have risen in ovens and Google searches, globally.

By early April the numbers had quadrupled, and only then started to plateau.

It’s during this ascent that enticing pictures of banana bread seem to have encouraged more people to bake and post their own creations.

While finding inspiration online isn’t unusual, it’s not common to have a global surge in the making and eating of one specific food; where, for example, it’s not just pizza that’s the meal du jour, but bacon and mushroom pizza.

We’ve never had a situation where South Africans decide not just on pap and braaivleis for dinner, but where the national braai meat of choice is lamb chops and not chicken or pork or even our beloved boerewors.

During this time of physical distancing, perhaps the world has wanted to be united in baking banana bread together; to have solidarity in our kitchens, even though we are apart.

Taste aside, food historians do see a link between banana bread and difficult economic times.

With one of its first appearances in Balanced Recipes, a 1933 cookbook by food company Pillsbury, banana bread is credited for helping housewives resourcefully feed their families during the Great Depression. Instead of throwing them away, they were able to use up overripe bananas by incorporating them into baking.

Even once the economy had begun recovering, banana bread remained popular. It appeared again in a 1950 recipe book published by banana producer and distributor, Chiquita.

Over decades, the baked treat has not lost favour.

Lesego Semenya, chef and founder of LesDaChef Culinary Solutions, believes this is not just because of its mixed sweet and savoury flavour.

“Banana bread and loaf bakes are very forgiving even to the most amateur of bakers. They don’t require any serious baking prowess and very seldom flop.”

“Most of us grew up seeing our parents or grandparents making them and they go well with other desserts like custard, fruit or even melted chocolate. Unlike standard cakes, you also don’t need to mess around with trying to make fancy icing and decorations on the top.”

There are, however, other similarly easy recipes such as bread and butter pudding that haven’t stood out as much during quarantine comfort cooking and eating.

Banana bread’s recent surge in popularity may be due in large part to model, television personality and cookbook author, Chrissy Teigen.

Trade according to taste

In 2017, while researching and testing recipes, Teigen made a desperate plea on Twitter for six brown bananas. She was trying to fine tune her banana bread recipe but had run out of ripe produce. By the time the recipe was printed in the subsequent cookbook Cravings: Hungry for More, curiosity about the final product had peaked.

Recently Teigen might have sparked another swell in the acclaim of banana bread.

On 24 March 2020, she tweeted that she will “make a banana bread for anyone that has romaine lettuce. The trade will be made 6 feet apart and we will place the goods on the floor. No funny business”.

YouTuber Chris Klemens replied that he could help because he’d managed to buy the vegetable before grocery stores around Los Angeles ran out.

However, after making the announcement, Teigen realised her husband – the award-winning musician John Legend –  “wasn’t happy” the cake was being traded. She then tweeted a revised offer: “Would you accept half a banana bread? Please … my family. Have mercy on us (sic).”

Klemens agreed to swap the lettuce for half a banana bread and two slices of pie.

Images of the trade in the parking lot of a church racked up thousands of likes, comments and shares on social media.

On 26 March, Klemens posted a picture of Teigen’s banana bread and a celebratory bottle of wine. It also garnered thousands of likes and comments.

All this, in the same week that banana bread registered an ascent in search engines, hashtag usage and online recipe requests.

Chrissy Teigen may have made a pop culture contribution to the current popularity of the treat, but for Jade Seeliger, registered dietitian from Nutritional Solutions, banana bread has merit that makes it nutritionally worthy of all the fame.

“As with most fruit and vegetables, bananas are largely water, with a water content of 75%.  The rest of the banana is made up mostly of starch which is converted to fructose as the banana ripens – this is a source of energy for our bodies.  The star nutrients in bananas are Vit B6 (important for the nervous system), Manganese (involved in metabolism), Potassium (reduces blood pressure and cramping of muscles) and Vitamin C (important for immune support) – one banana (approximately 100g) will give you more than 10% of your daily needs for these nutrients.”

One of the other reasons why banana bread may have such mass appeal is because of how easy it is to personalise to your taste by adding in other flavours or textures to the classic recipe.

Options for additions include raisins, nuts, dates, carrots and sesame seeds. You can also even create strong partner flavours such as banana and cinnamon or banana and spicy chai.

Through a simple and inconsequential omission of eggs and dairy, vegans can also make banana bread without needing special replacement ingredients.

From a health perspective, it’s also possible to fortify the classic recipe with simple adjustments, suggests Seeliger. “Increase the fibre content of your banana bread to give it more bulk and increase the satiety effect by using a whole wheat flour or crushing a bran flake mixture and adding this to regular cake flour.”

If you’re watching your sugar intake, you can also try this hack. “Ensure that the bananas you choose to use are very well ripened,” says Seeliger. “The ripening process converts the high starch content of bananas to fructose which is fruit sugar, making them much sweeter and thereby reducing the need for added sugar to your recipe.”

Once you’ve made your loaf, there’s also a variety of ways banana bread can be eaten: toasted with butter, crumbled on top of cereal or even drenched with custard for a scrumptious dessert.

For some people there can, however, be too much of a good thing. Chef Semenya has a delicious tip, if you’re sitting with a loaf and going bananas at the thought of having another slice.  “Banana bread is robust enough to cut into fingers and freeze.” When you feel the hankering, dip the fingers in melted chocolate to make chocolate banana bread slabs.

By freezing it, you can put banana bread out of sight and possibly out of mind. But there’s no guarantee your social media feeds will be banana bread free. DM/TGIFood