Cycle Zen – how to switch off unwelcome thoughts 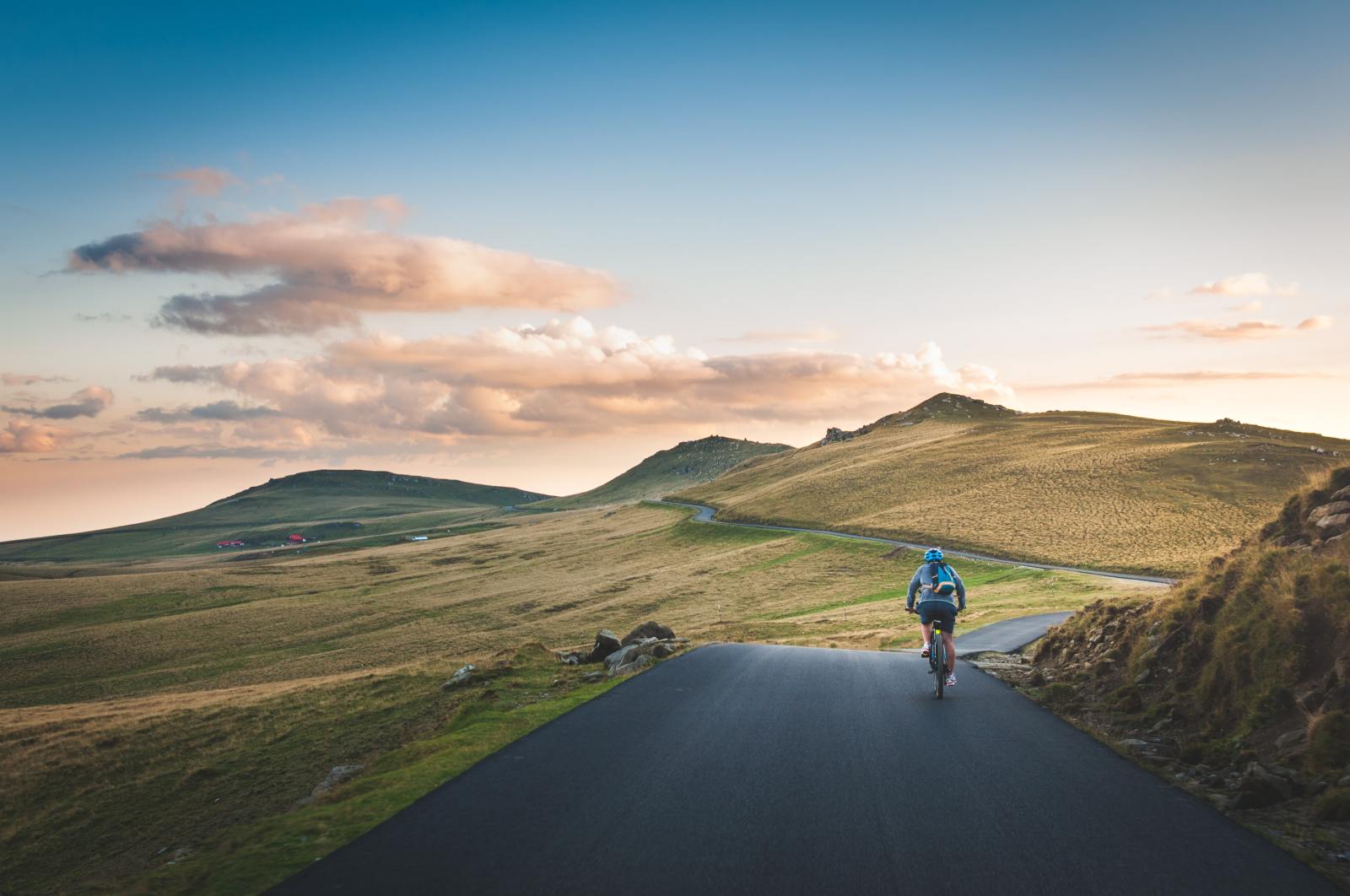 Some people will tell you they come up with brilliant ideas while they cycle. Mostly, though, our minds just keep recycling rubbish. Don Pinnock wondered if he could make the nonsense stop. So, when lockdown ends, here’s something to try.

It began with irritation at the rubbish that spooled through my mind while cycling. Conversation replay loops, situation re-runs, fantasising about stuff to buy, conquests, adventures untaken. The answer I should have given to a question but only thought of later.

All seemingly unstoppable mind pollution while my body got on with the business of pumping the pedals. So unnecessary. It was driving me mad. How to stop it?

But trying to block thinking is like wanting to stop balancing on a downhill run. Bordering on the impossible because it’s so automatic – rather like having tug of war between your left and right hand. It also puts will and mind in opposite corners of the ring glaring at each other. And mind has big muscles from lots of daily practice.

Quite out of the blue – all hail serendipity – I came upon this story.

A young man went to a Zen master and asked if he could join the monastery to study Zen. The master offered him a room and food but set him a task – to meditate on a bull. After two years, the master remembered the initiate and sent for him.

“How are your meditations going?” asked the master.
“They are going well,” the young man replied. “I am meditating on a bull.”

The master smacked him with a stick and sent him back to his cell. Two years later the master sent for him again and the same scene ensued.

“Well?” demanded the master.
“He says he cannot come,” said the monk, “because he can’t get his horns through the door.”

That got me thinking. Of course, we can’t all spend six years on gruel and dry bread to gain control of our minds. But that it was possible was encouraging. And it alerted me to the quirky, irreverent Eastern practice of za-zen.  It has its history in Buddhism and Taoism, but that’s not important. What’s useful is its technique for getting the mind to shut up and listen.

I turned to my friend Anthony Osler for some instruction. He’s a farmer, a lawyer and a Zen monk. He lives deep in the Karoo, which gives him time to think about these things.

But before we get into Pedalling According to Anthony, I can’t resist a few quotes from Japanese Zen Master Huang-po:

“Mind is like an eye that sees, but cannot see itself.”
“We are afraid to forget our own minds, fearing to fall through the void with nothing onto which we can cling.”
“Let every action be the most important thing in the universe.”

Okay, with that sorted out, here’s how to Zen Cycle.  Get on your bike, clip in and get into the right gear. Feel the pressure of your feet on the pedals, the flexing of your knees and hips, the pressure of your body on the saddle. Stay with the feelings, exploring them for a while.

Notice how your arms pull or push on the handlebars as you pedal. Relax your shoulders, dropping them as you do.  Listen to the sounds of your bike – the crunch of the tyres if you’re on a mountain bike or the hum of the tyres on the tar if you’re not.

Now let your ears explore the sounds around you – and here I have to disillusion you if your route is through urban traffic. That’s not the place for Cycle Zen. Sorry, this is for open-roaders or mountain bikers.

Hear the wind in your ears, the sounds of birds, the sigh of trees. See how far you can hear. Thumps and clanks of human habitation, distant hooters, the rumble of a train. Just listen without thought or extrapolation. Don’t try to identify the sounds, simply hear them.

Draw your attention back to your body. Feel your legs, your arms and your body working in perfect harmony with the bike. Your legs rising and falling, rolling, rolling. Feel your balance and notice how you compensate with your front wheel as you lean, perfectly synchronised.

Keep your eyes on the ground, noticing it moving beneath you. Listen to your breathing – in, out, in, out, your chest rising and falling. Hold on to nothing, letting each breathe go, each new breath coming.

Like this, you are complete, you lack nothing, you are one with your bike and your surroundings. Get used to the feeling in your veins, think of nothing beyond what you’re doing, what you are, perfect in the flow of movement and time.

If stray thoughts arise don’t give up, just let them fade away and stay with your breathing, with the sounds in your ears, the road or track under your gaze.

Now here’s a section for mountain bikers only. I suppose you could call it Descent Satori (satori is the moment of enlightenment). On a downhill track, going fast, you have to be utterly absorbed or you’re going to come a cropper.

A lapse in concentration could collect a tree or misjudge a gravel patch. Keep to your uphill practice of being, breathing and listening, but let it dissolve into total focus of body, bike and track. Nothing else matters, just total absorption in going down. The faster you go, the more total your focus. The name is enlightenment, but that’s just a word. The more you do it, the more complete and satisfying it becomes.

Beware, however, of one lurking demon as you hurtle downwards in the bliss of satori. The shortest trip between heaven and hell is to hit a wet dog turd. It’s an instant downer. DM/ML