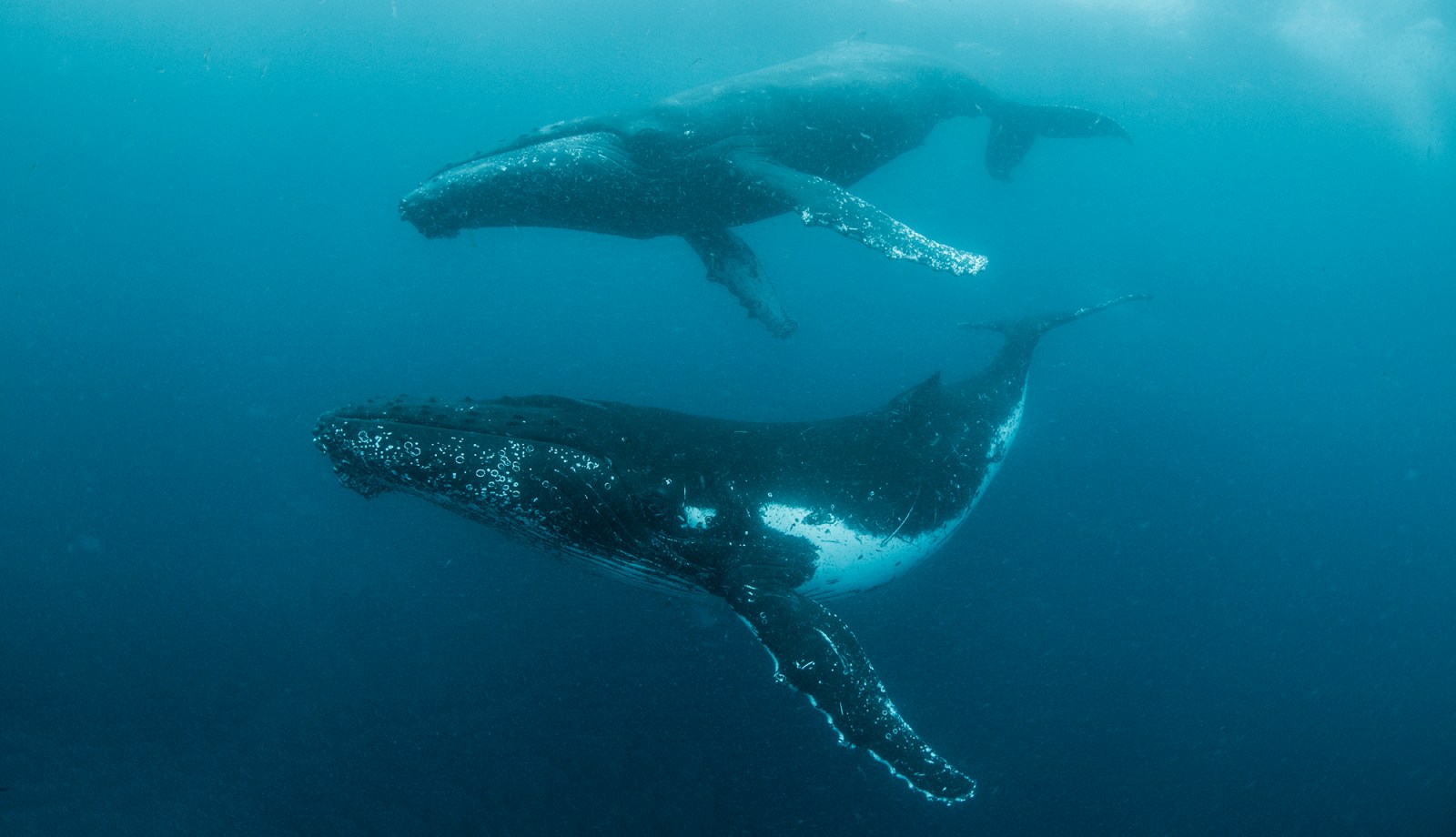 Though large creatures such as the Southern Right Whale can migrate over vast distances, they are part of a complex marine food chain which is vulnerable to temperature changes and other climate-induced impacts. (Photo: Steve Benjamin / WILDOCEANS)

Just as governments have scrambled at the last minute to seal their borders against the coronavirus crisis, a similar sense of urgency is needed to delay the impending risk of ‘sudden and severe’ impacts of the climate crisis, scientists warned on Wednesday.

There are still widespread perceptions that the more severe effects of climate change may only manifest themselves gradually towards the end of the century.

But a new study in the leading science journal Nature suggests that serious disruptions to critical elements of the global ecology (and the people who depend on it) may begin far more abruptly than anticipated – conceivably within the next 10 years unless concerted action is taken to “flatten the [climate change] curve”.

Lead author Dr Christopher Trisos from the University of Cape Town suggests that under a scenario of continued high carbon emissions, such abrupt events – including “catastrophic” multi-species die-offs of land and sea creatures – could begin even before 2030 in the tropical oceans off Africa and then spread to tropical forests and higher latitudes by 2050.

Citing a number of studies at a more localised level, they say that temperature warming over recent decades has already been associated with marked population declines and local extinctions of some species.

“At the very least, our results show that within 30 years, continued high emissions will drive a sudden shift across many ecological assemblages to climate conditions under which we have almost no knowledge of the ability of their constituent species to survive,” they say.

Ecological assemblages are groups of creatures or plants which live in the same area and interact closely through distinct relationships such as pollination or eating each other.

Trisos and his colleagues say that if global warming is kept below 2°C, less than 2% of these assemblages globally are projected to undergo abrupt exposure events of more than 20% of their constituent species. However, the risk accelerates with the magnitude of warming, threatening 15% of assemblages at 4°C.

“This near-simultaneous exposure among multiple species could have sudden and devastating effects on local biodiversity and ecosystem services. Catastrophic, multi-species coral die-offs caused by a record-breaking marine heatwave in 2016 are one recent example.”

To conduct the study, Trisos and his colleagues used a database of more than 30,000 species, including birds, mammals, reptiles, amphibians, marine fish, krill, corals and seagrasses, and more than 20 climate models projecting rainfall and mean temperature increases of between 1.75°C and 4.4°C before the end of the century.

However, reducing greenhouse gas emissions and delaying the onset of exposure to dangerous climate conditions — even by a few decades — could buy valuable time for ecological assemblages to adapt, potentially reducing the magnitude of ecological disruption.

In their study, they looked at the distinct ecological niches shaped by suitable temperature or moisture ranges to demarcate the historical climate boundaries of the species studied.

“For each species at a site [that is, in a 100km grid cell], we defined the local species exposure time as the year after which projected local temperatures consistently exceed – for at least five years – the maximum temperature experienced by the species across its geographic range during historical climate projections (1850–2005).”

Under high emission scenarios of 4.4°C, they project that 81% of land and 37% of sea group would have at least one species exposed to unprecedented temperatures beyond historical niche limits before 2100.

Evidence from laboratory and field studies also suggests that the onset of unprecedented climate change can result in local extinctions.

The abruptness of exposure to climate change also varied by location, but some of the places most likely to be affected first included the Sahel region in north Africa, the Amazon, India, northern Australia and tropical oceans.

“In some locations – such as the Caribbean and the Coral Triangle – exposure is predicted to be underway already, with these hot spots of exposure expanding in spatial extent over time.

“By 2050, exposure spreads beyond ocean ecosystems to iconic terrestrial ecosystems, such as the Amazon, Indonesian and Congolese rainforests.”

In a separate statement issued by the University of Cape Town, Trisos said: “Billions of people depend on ecosystems for their livelihoods and vital nutrition. We fish on coral reefs. We depend on eco-tourism. We rely on healthy forests for carbon storage and water filtration.

In South Africa, several places were at particular risk of abrupt disruption to biodiversity in a high-emissions scenario, including the coast from Cape Agulhas to Mozambique, inland areas on the western side of the Western Cape up to the Namibian border, the entire Northern Cape and parts of the Free State.

Trisos said he hoped that the research would be a serious wake-up call for policymakers and other key players.

“I’m hoping that by showing how terrifyingly widespread and close in time the risk is for biodiversity globally, this will help lead us towards positive tipping points in our response to divest from fossil fuel and transition to renewable energy.” DM