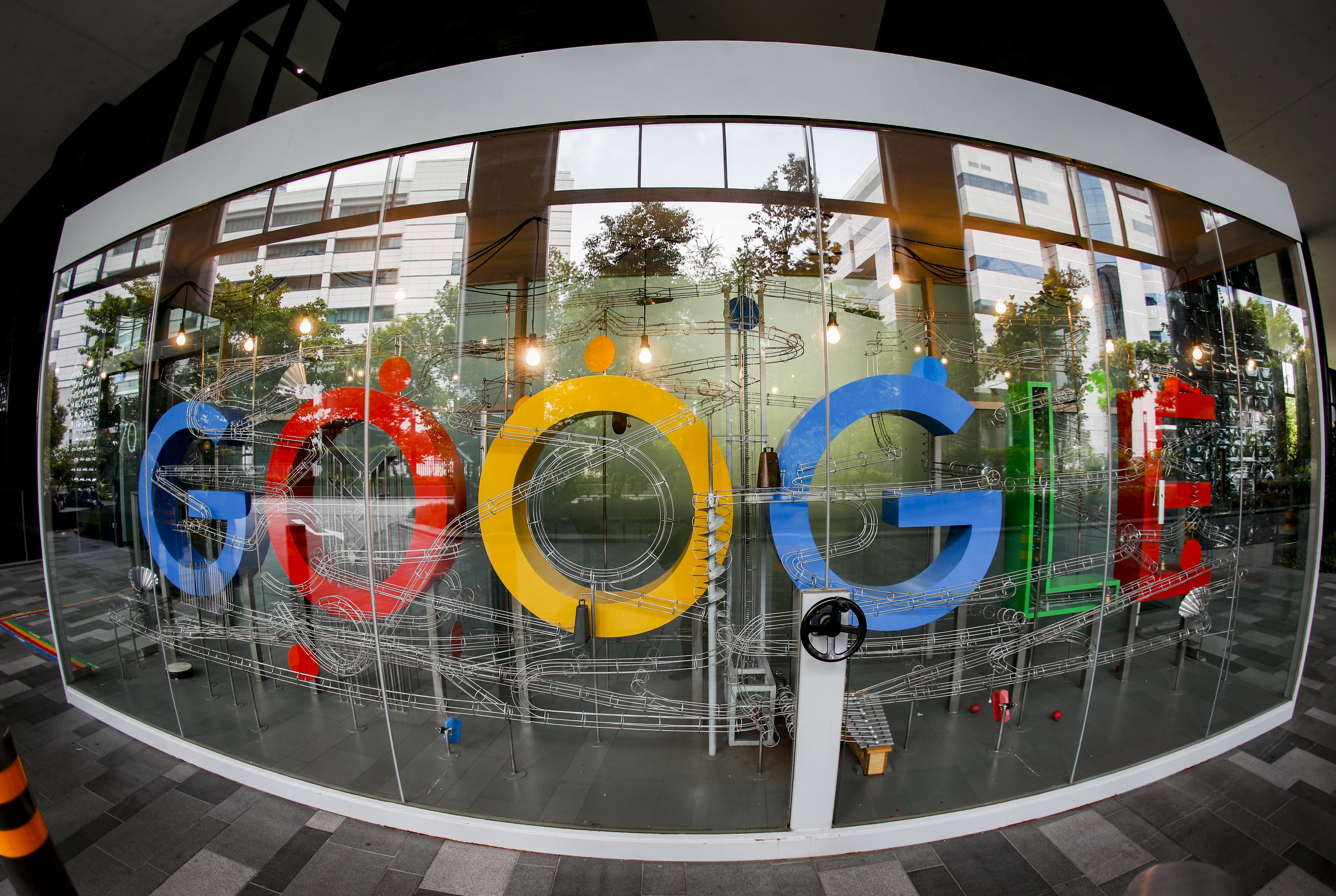 epa08048172 A picture made with a fisheye lens shows the Google logo in Singapore, 06 December 2019. Google has banned political advertising in Singapore, as they are regulated under the Protection from Online Falsehoods and Manipulation Act (POFMA), widely known as the 'fake news' law. Opposition politicians have decried the move ahead of an election expected early next year as Singapore's media election coverage is 'totally dominated by the state' and that they would lose the ability to 'inform and educate' voters without Google's advertising platforms. EPA-EFE/WALLACE WOON

(Bloomberg) --Google was ordered by French antitrust regulators to pay publishers to display their articles, ending its long-standing practice of using excerpts on its news service for free.

The French antitrust agency gave the Alphabet Inc. unit three months to thrash out deals with press publishers and agencies demanding talks on how to remunerate them for displaying their content.

The search engine giant may have abused its dominant market power, causing “serious and immediate harm” to the media, the Autorite de la concurrence warned in its statement on Thursday.

The move is the latest crackdown on Silicon Valley by the French watchdog. Last month, Apple Inc. was fined a record 1.1 billion euros ($1.2 billion) after the U.S. tech giant was criticized for anti-competitive agreements with two distributors over the sale of non-iPhone products such as Apple Mac computers.

European publishers have been pushing regulators for over a decade to tackle the power of Google, which has lured away billions of euros in advertising revenue. This is the first time they have landed a punch. The EU has failed to act on complaints that Google unfairly displays publishers’ content.

Google In Talks with Publishers to Pay for Displaying News

Google said it would comply with the French competition authority’s order, known as interim measures, and pointed out that it had already begun talks with publishing groups.

“Since the European copyright law came into force in France last year, we have been engaging with publishers to increase our support and investment in news,” Google’s Richard Gingras said in a statement.

French antitrust regulators said the Google talks should cover amounts owed retroactively starting from Oct. 24 and the entry in force of new copyright law in France.

Complaints were lodged in November by several publishers grouped together in the Syndicat des editeurs de la presse magazine and the Alliance de la Presse d’Information Generale as well as Agence France-Presse.