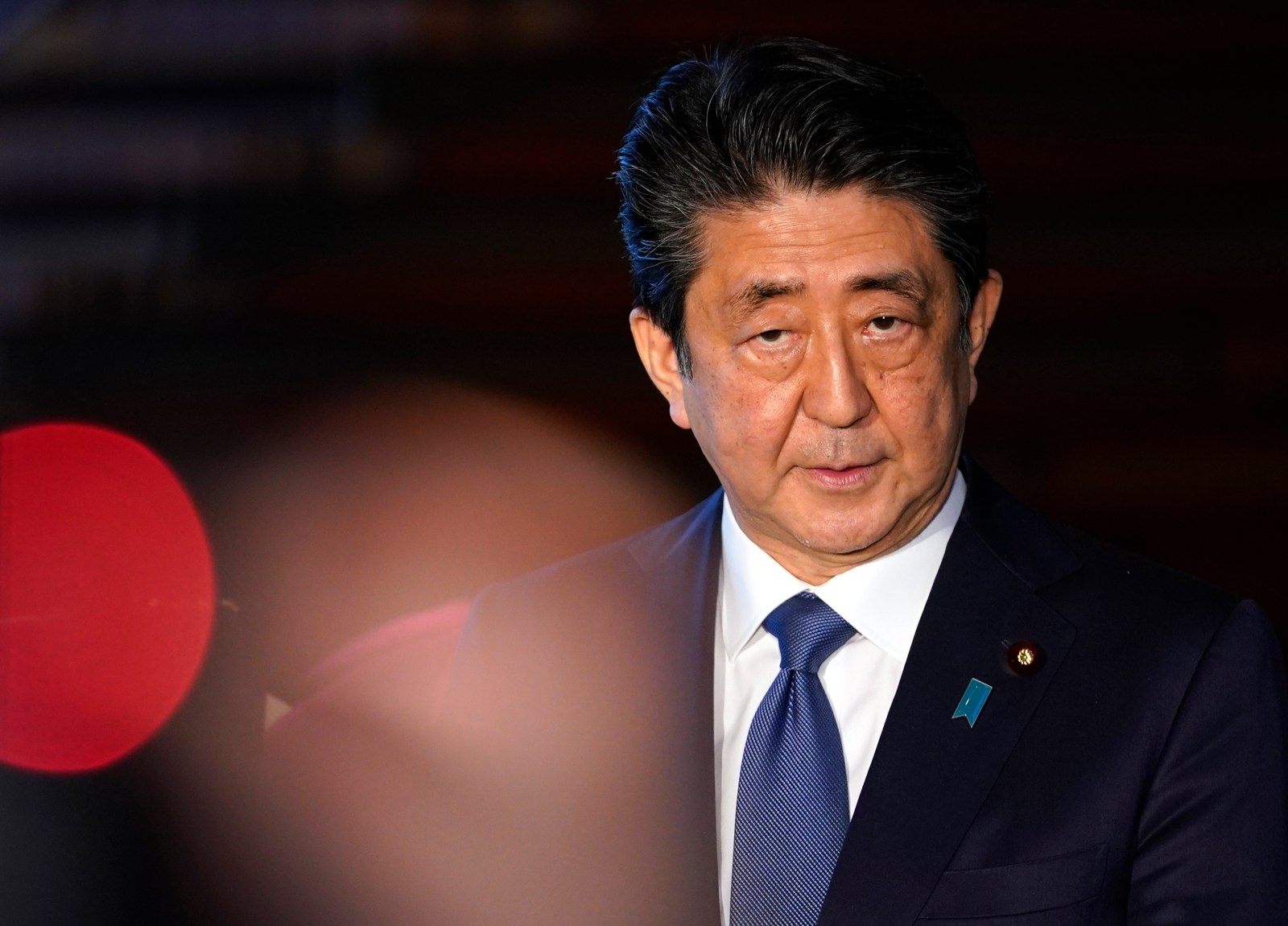 epa08345446 Japanese Prime Minister Shinzo Abe speaks to reporters before attending a meeting of the headquarters for measures against for the coronavirus disease at the prime minister's official residence in Tokyo, Japan, 06 April 2020. Prime Minister Abe is to declare a state of emergency in Japan amid increase of infection cases from the Covid-19 disease caused by the SARS-CoV-2 coronavirus. EPA-EFE/FRANCK ROBICHON

TOKYO, April 6 (Reuters) - Japanese Prime Minister Shinzo Abe pledged on Monday to roll out an unprecedented economic stimulus package, equal to 20% of economic output, as his government vowed to take "all steps" to battle deepening fallout from the coronavirus.

The package, to be confirmed by the cabinet on Tuesday, will total 108 trillion yen ($989 billion), far exceeding one compiled in the wake of the 2009 financial crisis totalling 56 trillion yen in size, with fiscal spending of 15 trillion yen.

“We decided to carry out an unprecedentedly massive scale of economic package worth 108 trillion yen, or 20% of GDP, following the immense damage to the economy from the novel coronavirus,” Abe told reporters after a meeting with senior ruling party lawmakers.

Abe stopped short of providing further details, but the amount may include earlier economic measures valued at 26 trillion yen, which were adopted at the end of last year to cope with risks from the Sino-U.S. trade war.

Still, the package turned out far bigger than the amount anticipated by market players, giving a sense of security for people facing income declines and staying indoors, some analysts say.

“There may be a limited impact on stimulating consumption given many people are refraining from going shopping,” said Masaki Kuwahara, senior economist at Nomura Securities. “But it could prevent a second-round effect on aggravating the economy.”

The package features cash payouts worth more than 6 trillion yen to households and small and midsize firms, who are facing hardships, Abe said, highlighting extensive damage from the virus, which has fuelled fears of a recession.

Abe said he would declare a state of emergency as early as Tuesday.

To protect employment, the government would also establish arrangements through the package to allow small and midsize firms to borrow at zero interest from private financial institutions, Abe said.

It would also give struggling companies a grace period for tax payment and social security fees totalling 26 trillion yen to help them continue business operations, he added.

Global cases of the new coronavirus have passed 1 million and more than 64,000 people have died. Japan has been spared the kind of explosive surge seen in Europe, the United States and elsewhere, with some 3,500 cases and 85 deaths all told as of Monday, but the rate of new infections has been increasing, particularly in Tokyo itself.

In a measure of how seriously the government views the situation, a draft document prepared by the government refers to the pandemic as the “biggest crisis” the global economy has faced since World War Two.

The document says the government and the Bank of Japan need to share a sense of crisis and closely cooperate with each.

The package draft also aims to boost production of Fujifilm Holding Corp’s Avigan anti-flu drug during this fiscal year so it can be used to treat two million people.

To fund the package, the government would issue deficit-covering bonds, adding further strain to the industrial world’s heaviest public debt at more than twice the size of its $5 trillion economy.

Sources told Reuters last week Japan would boost government bond issuance by 16 trillion yen to around 145 trillion yen to be sold in the market this fiscal year, which would mark the first rise in annual bond issuance in four years. (Writing by Tetsushi Kajimoto; Editing by Kenneth Maxwell and Nick Macfie)