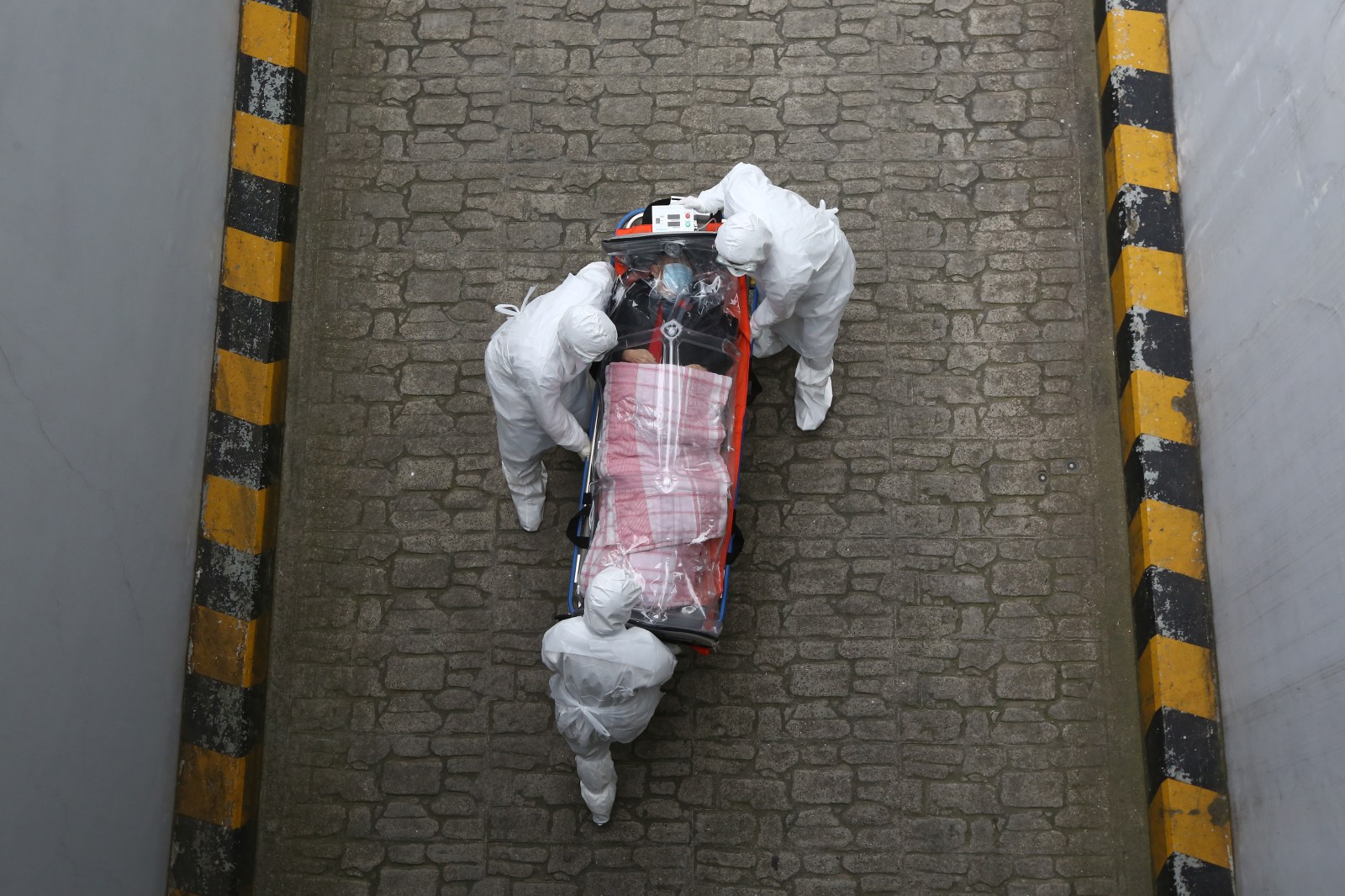 epa08280072 Health workers wearing protective suits move a patient infected with the novel coronavirus Covid-19 disease with an isolation stretcher from an ambulance to a hospital in Seoul, South Korea, 09 March 2020. With over 7,380 confirmed cases of novel coronavirus, South Korea currently accounts for the highest number of infections outside mainland China. EPA-EFE/KIM CHUL-SOO

SEOUL, April 2 (Reuters) - South Korea will allow coronavirus patients to vote by mail or as absentees in parliamentary elections this month, as a two-week campaign kicked off on Thursday in a country grappling with a steady rise in new infections.

Voters go to the polls on April 15 to elect 300 members of the National Assembly for the next four years, in an exercise posing challenges over how to rein in the virus at polling places while ensuring people’s right to vote.

Roughly 4,000 patients receiving treatment will be able to case ballots by mail or absentee voting ahead of time, Interior Minister Chin Young said.

“We will guarantee the confirmed patients’ right to vote as much as possible,” he told a briefing, adding that the government was still exploring measures for those who had not tested positive but were in self-quarantine.

The National Election Commission has urged all voters to wear mask in polling stations, make use of sanitisers and gloves available there, and keep a distance from others.

Officials will run temperature checks at the entrance and perform regular disinfections.

More than 87,000 citizens living in 55 countries suffering major epidemics, including the United States and Europe, or about half of eligible voters abroad, will not be able to vote as South Korea does not allow mail ballots for those overseas.

With 89 new infections on Thursday, the tally of case rose to 9,976, while the death toll rose by four to 169, the Korea Centers for Disease Control and Prevention (KCDC) said.

A total of 5,828 have recovered from the virus, with 3,979 still receiving treatment, it added.