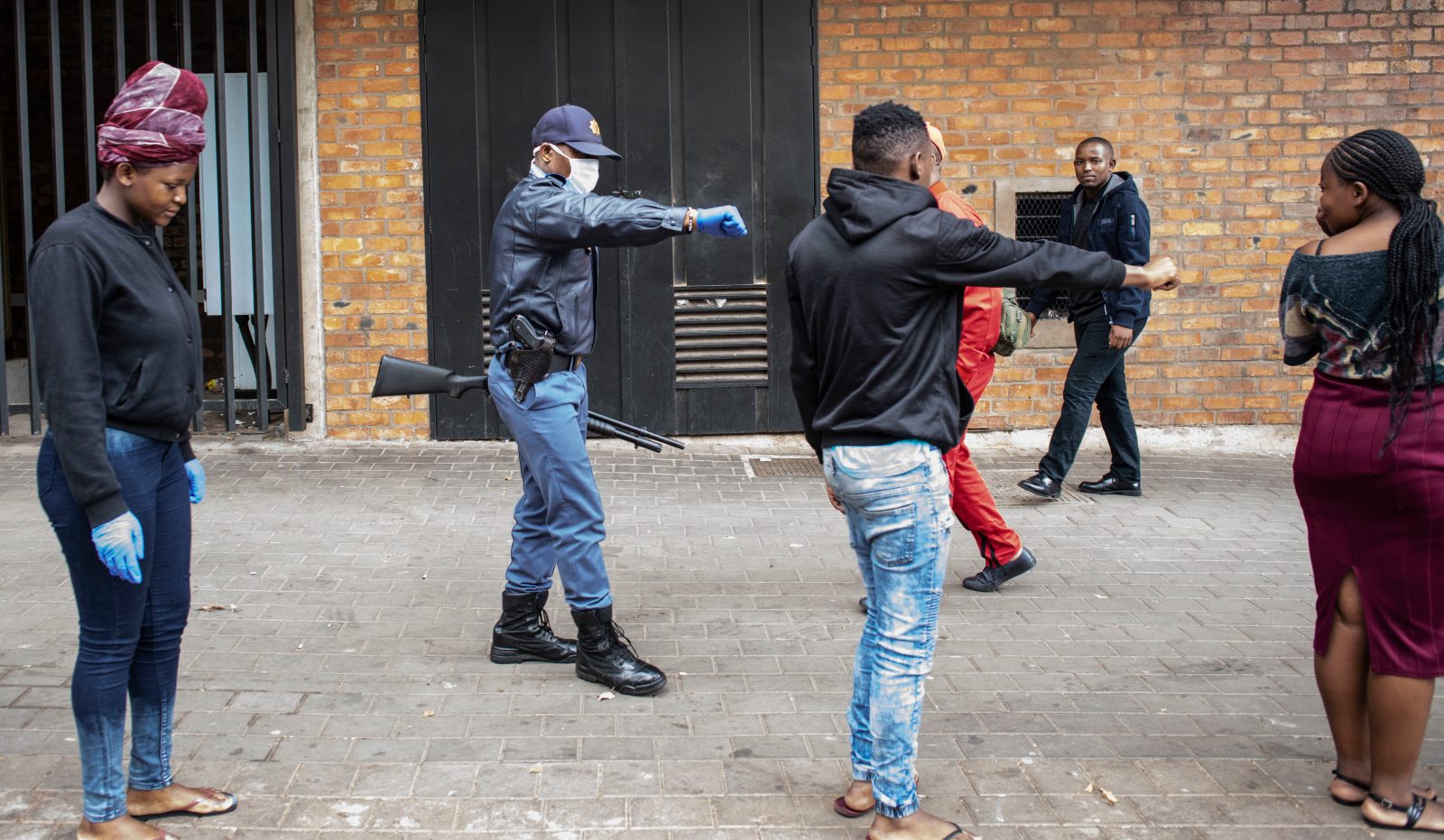 Members of the SAPS instruct people to stand in line according to the social distance regulations on day two of the 21-day national lockdown. (Photo: EPA-EFE / Kim Ludbrook)

Things changed overnight in South Africa on 25 March, and it won’t be the last time it does. Daily Maverick’s Daily Digest will provide the essential bits of information about Covid-19 in South Africa and the world each day. Please do read on to understand these issues more deeply.

The first day of the lockdown was not without its challenges and ministers admitted as much.

There were 55 arrests for violating the regulations by the time Police Minister Bheki Cele gave an update on Friday evening.

There were reports of police being harsh with those suspected of violating the rules. Cele had his own equally stern response: “We’ll act within the law but we’ll have to be decisive. Decisiveness is measured and measurable.”

Essential service workers were met with long queues because of a shortage of taxis, said Transport Minister Fikile Mbalula. He says he has requested more taxis to reduce queues and the frequency of trips. 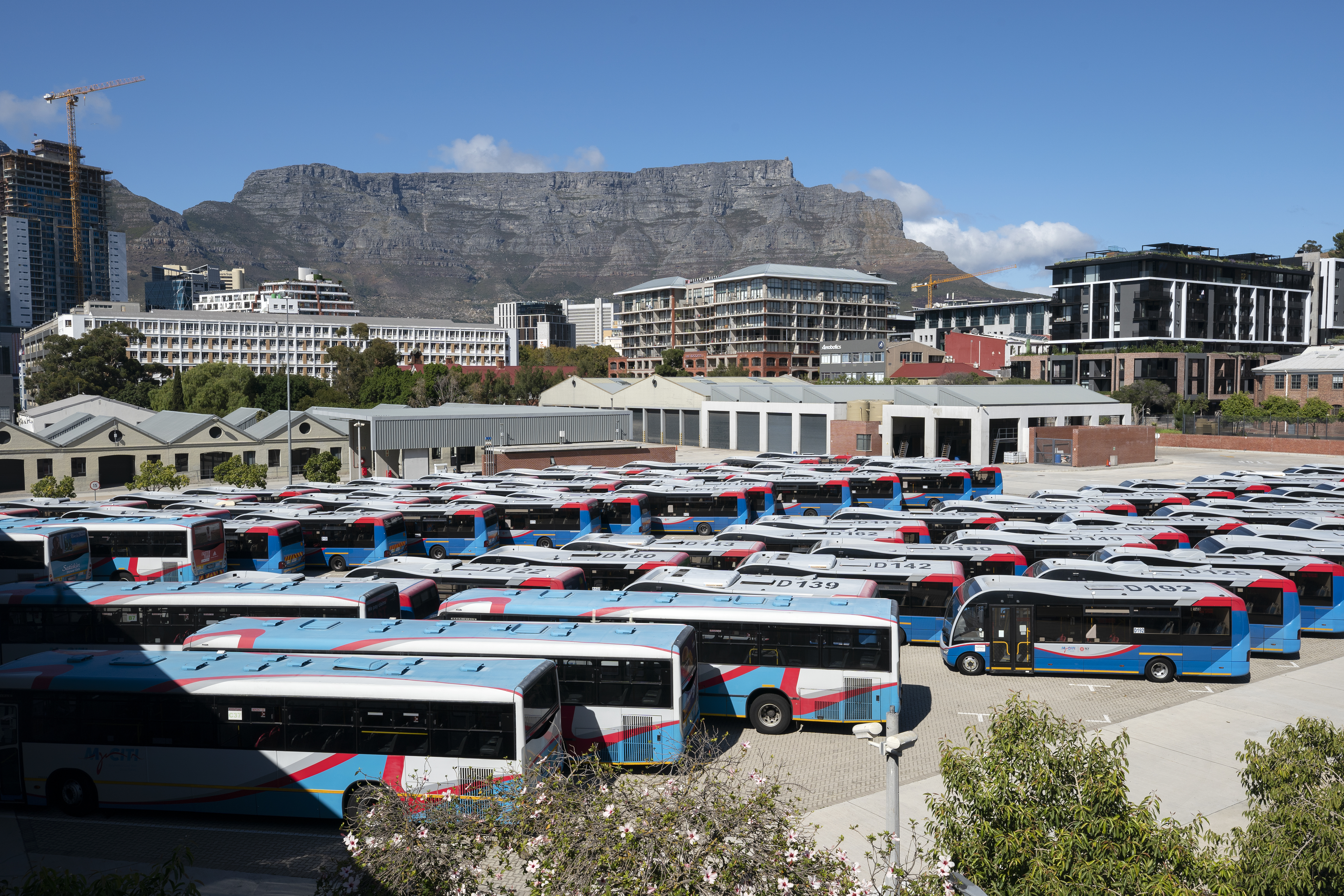 More essential services have been added to the list, according to Trade, Industry and Competition Minister Ebrahim Patel. It now includes those involved with the production of personal toiletry products, tow trucks, harvesting and storage of agricultural goods and those who care for babies and toddlers. He also said that 50,000 companies had registered as performing essential services by 5pm on Friday.

The first two Covid-19 deaths were announced by the National Institute for Communicable Diseases. However, it was later clarified that only one death had been confirmed to be related to the virus. As Greg Nicolson reports, the person who died from Covid-19 had an existing underlying disease.

Port Elizabeth’s lockdown started without water in several neighbourhoods. A critical pipe which supplied reservoirs in the city failed on Wednesday 25 March and was fixed before the start of the lockdown. However, taps remained dry because reservoirs had drained in the meantime. As Estelle Ellis reports, Friday was spent queuing for water from tankers.

Friday was also the day a Mbombela resident heard from the Mpumalanga Division of the High Court that he will not be exempt from the stay at home regulation in order to support his mother after his grandfather died in a home fire in the Eastern Cape. As Marianne Thamm writes, this shows “the dimension of human tragedy that Corona-19 has visited on South African people…”.

However, there is some good news for Eastern Cape residents. A mobile app is being launched in the province to help people to access information during the lockdown. It will connect residents with service providers who are operating during the lockdown so that they can receive essential information and give feedback about the quality of service. It also lists details about health care, social services and the contact details of councillors. 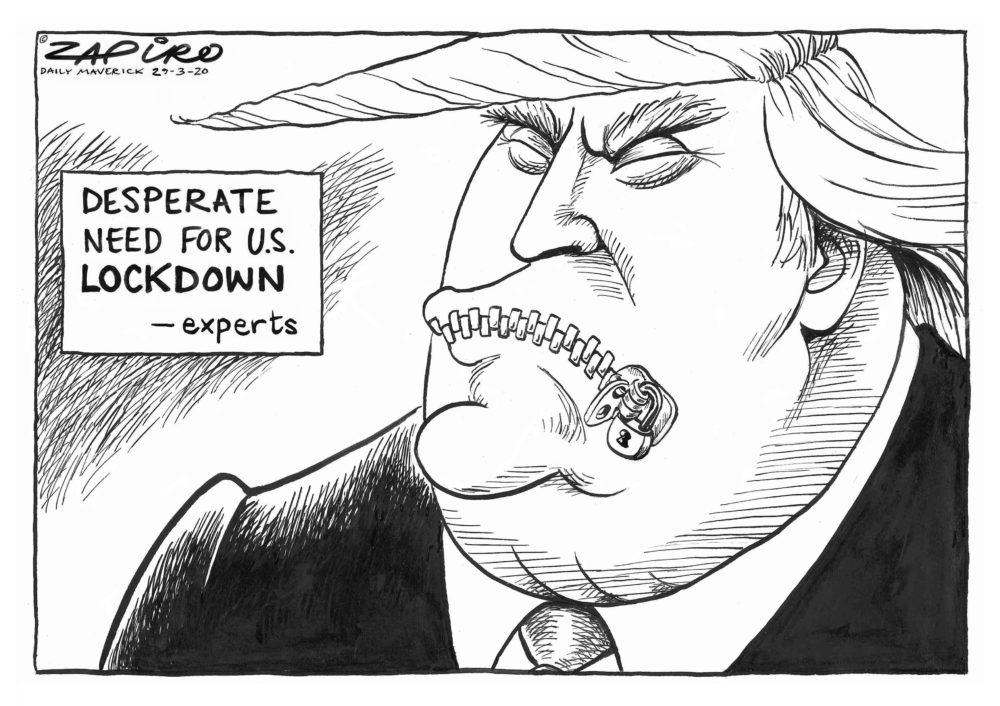 On Friday, Moody’s downgraded South Africa’s credit rating to junk. As Ed Stoddard writes, this was on the cards even before the coronavirus pandemic.

As South Africa went into lockdown, neighbouring Botswana got wind that it too might soon be. President Mokgweetsi Masisi has asked his people to “please prepare yourselves” for a situation similar to that of South Africa.

Meanwhile, there has been confusion about travel bans in and out of Botswana. Nonetheless, some hotels have offered rooms free of charge to those needing to self-isolate. This comes after a family which had been kept in dire quarantine at a border post approached the High Court for help. Marianne Thamm has the full story. DM