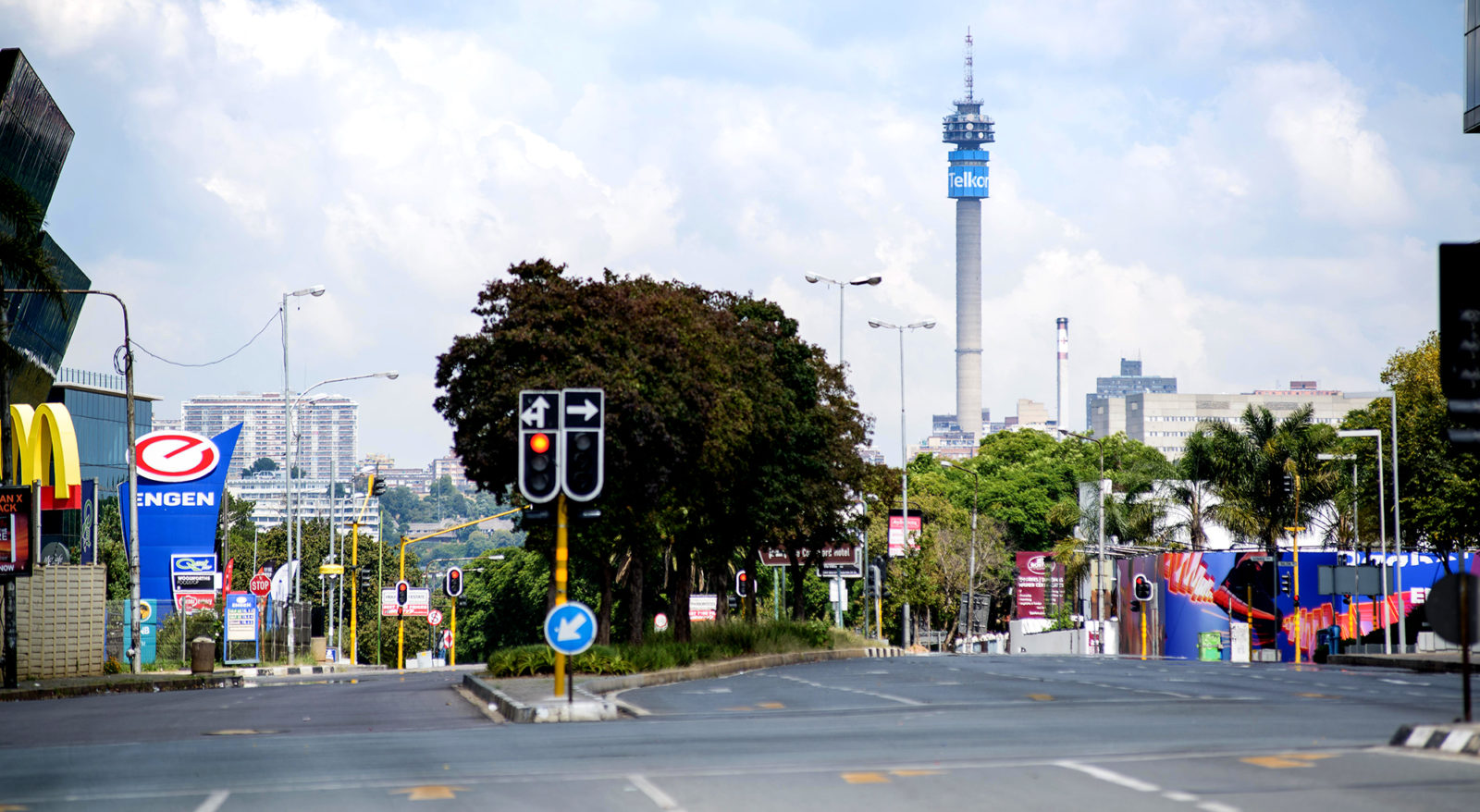 Fifty-five people were arrested on the first day of SA's COVID-19 lockdown as the number of confirmed cases jumped to 1,170. South African authorities on Friday also confirmed its first death due to the virus. After erroneously stating two had died, they later amended this to one  - a young nurse passed away while waiting for test results, which came back negative after she had died.

The state urged residents to comply with regulations or risk facing consequences from the almost 24,000 police and defence force members on the streets.

The police and defence force members were deployed as the lockdown began overnight and 55 people were arrested for violating the regulations, which state that people can only leave home to collect basic supplies or receive medical care and only allow businesses and their employees in essential services to operate.

“We had a good night. We had a success,” said Police Minister Bheki Cele, speaking at a government briefing in Tshwane on Friday evening.

Five people were arrested in the Free State, 20 in Gauteng, seven in KwaZulu-Natal, 10 in Limpopo, 11 in North West and two in the Western Cape. Cele suggested that most of the arrests were related to public drinking.

“These people are people that don’t have goodwill, people that are doing exactly what they were told not to do,” he said.

“It’s about the life and death of the people of South Africa. Now we know at least that this thing kills.”

The National Institute for Communicable Diseases (NICD) announced South Africa reported its first Covid-19-related deaths on Friday, both in Western Cape – a 28-year-old and 48-year-old. Authorities later clarified that there had been only one death related to Covid-19, that of the 48-year-old.

The 48-year-old was suffering from a pulmonary embolism, meaning she had an underlying disease, Health Minister Zweli Mkhize said on Friday evening.

The 28-year-old was suspected of having Covid-19 as she was in repository distress when she went to the hospital. She died on arrival at ICU.

However, she and her immediate family tested negative to the virus.

Cabinet members admitted there had been challenges in implementing the lockdown. There were numerous reports of the authorities being heavy-handed with people suspected of violating the regulations.

“We’ll act within the law but we’ll have to be decisive. Decisiveness is measured and measurable,” said Cele.

Transport Minister Fikile Mbalula said, “We can’t allow a coterie of a few people to outweigh the majority who embrace goodwill.”

Cele said SAPS had acted on tip-offs about businesses that are not classified as essential services continuing to operate. Law enforcement officials set up 172 roadblocks across the country on Friday, particularly to stem the flow of traffic between provinces and to Zimbabwe.

Defence Minister Nosiviwe Mapisa-Nqakula said there were “some failures” on the first day of the lockdown. She received queries about the apparently low-level of compliance with the order to stay at home in the Johannesburg township of Alexandra and SANDF members were then sent to patrol the streets.

While train services have been cancelled, taxis are allowed to transport essential service workers in the morning between 5am and 9am and in the afternoon between 4pm and 8pm. Mbalula said there were challenges on Friday with long queues as there were too few taxis to transport workers.

The minister said he had spoken to leaders in the taxi industry and requested them to provide enough vehicles to reduce queues and move people more frequently within the regulated time periods.

Taxis were originally only allowed to fill to 50% of capacity but Mbalula said they can each take 60% of their usual capacity “but any other thing that undermines the objective of the lockdown to ensure that there is social distance advised by the minister of health”.

Queues were also a challenge at supermarkets as long lines of customers were seen lining up outside grocery stores across the country in violation of social distancing advice.

“We must shorten the queues outside the retail stores. We must decrease the number of people in stores to prevent the spread of the virus,” said Trade, Industry and Competition Minister Ebrahim Patel.

Friday was many employees’ first opportunity to purchase groceries after being paid on the 25th, said Patel, who added that he was speaking to the retail sector to implement measures to reduce queues, such as giving a trolly to each customer in line to create distance between the next shopper.

Cele said some people were going to line up outside supermarkets to socialise rather than shop and he was working with Patel to help reduce the large lines.

He said further sectors had been added to the list of essential services that are allowed to continue operating, including those working in the care for babies and toddlers, personal toiletries products, tow trucks and harvesting and storage for agricultural goods.

The Companies and Intellectual Properties Commission (CIPC) has introduced a database for companies performing essential services and Patel said 50,000 companies had registered by 5pm on Friday.

“We are beginning to develop a single database of the key companies that would need to be kept open to ensure that our people have what is needed.”

In 2010 an American man was caught in northern Pakistan trying to hunt down Osama bin Laden. He was armed with a sword.