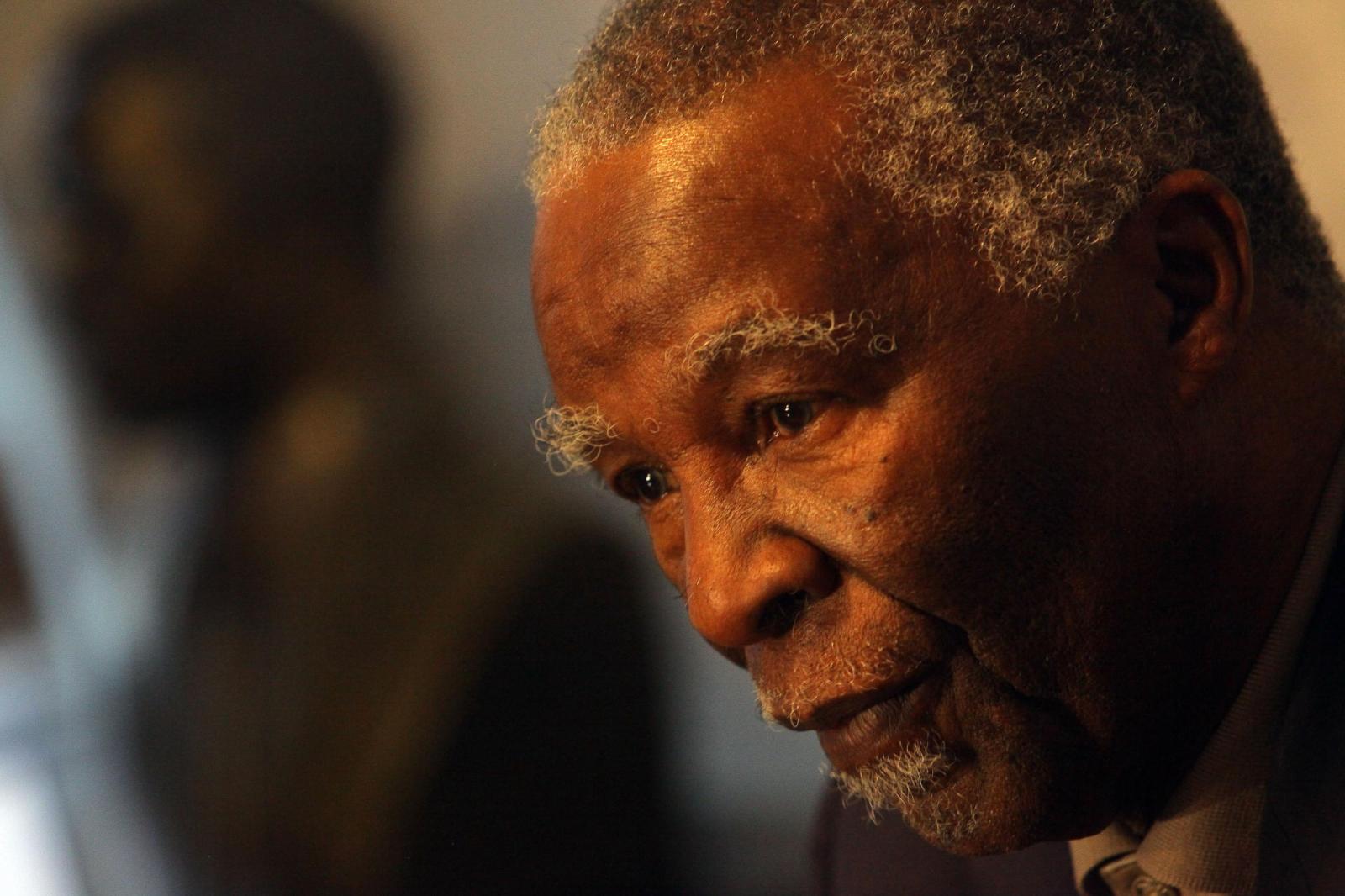 Even if talks get off the ground, will Mbeki find a long-lasting solution to the country’s complex crisis?

Nearly 12 years after brokering a short-lived resolution to Zimbabwe’s crisis, Thabo Mbeki was once again called on to mediate. And the crisis seemed to be more or less exactly where it was in 2008, give or take a few changes in the players on both sides of the yawning political divide.

And of course a significant alteration in Mbeki’s own status, from South Africa’s president then, to mediator at large now. The economy, certainly, was in just about as bad a shape as it had been then.

Mbeki mysteriously visited Harare on 16 December last year and met both President Emmerson Mnangagwa and Movement for Democratic Change (MDC) leader Nelson Chamisa. Not much of substance emerged from the meetings.

After talking to Mnangagwa, Mbeki suggested it wasn’t much more than a courtesy call, but did say he was pleased with what Mnangagwa and Zimbabwe were doing to address the country’s challenges. He said it was important that the region back Zimbabwe, particularly in getting countries like the United States to lift sanctions against it.

After his meeting with Chamisa, Chamisa’s spokesperson Nkululeko Sibanda also gave little away, save to say it had been a good meeting. That was over three months ago and since then little has happened, at least publicly.

It’s still not clear who initiated Mbeki’s intervention or what his mandate was. At the time of his visit, the South African Broadcasting Corporation (SABC) suggested that late president Robert Mugabe’s family had invited Mbeki to mediate the quarrel between the family and Mnangagwa. But Mbeki’s mission must have been broader than that or he wouldn’t also have met Chamisa.

The Zimbabwe Independent wrote that the Southern African Development Community (SADC) had asked Mbeki to intervene. Tendai Biti, the MDC’s second vice president, believes Mbeki acted on President Cyril Ramaphosa’s initiative but that he must have had SADC support. He said the South African embassy in Harare had made all the logistical arrangements for Mbeki’s visits and meetings.

When ISS Today accosted Mbeki at the African Union summit in Addis Ababa last month, he simply insisted: “I’m not mediating in Zimbabwe,” and dashed for the exit. That seemed evasive, given the record of his meetings on 16 December. But, in a technical sense, perhaps it was accurate – Mbeki’s mission does seem to have stalled.

And that’s because Mnangagwa is stonewalling, according to Biti and the Zimbabwe Independent last Friday. Biti, who was finance minister in the unity government that Mbeki brokered in 2008, told ISS Today that when Mbeki met Mnangagwa on 16 December he offered to help bring him together with Chamisa to try to resolve the political impasse between them and rescue the crippled economy.

“But Mnangagwa is petty. He said to Mbeki: ‘Why would he [Chamisa] want to speak to someone he doesn’t recognise?’” This referred to Chamisa’s insistence that Mnangagwa and the Zimbabwe African National Union-Patriotic Front (Zanu-PF) stole the 2018 elections, and so has never acknowledged Mngangagwa as the legitimate president.

Mnangagwa then agreed to meet Chamisa at State House but Chamisa turned that down – on the grounds that it would have implied recognition of his legitimacy – but said he would meet in any other state venue. Mnangagwa in turn declined and so the meeting never happened.

“Then Mnangagwa told Mbeki: ‘I want to consult with my colleagues. You go now and come back after Christmas,’” Biti said. “But that call never came. Mbeki is still waiting.”

He believes that Mnangagwa fears any negotiations would inevitably entail concessions to the MDC and this would loosen Zanu-PF’s power – and thereby his own access to the country’s riches, which he continues to tap.

Ringisai Chikohomero, researcher at the Institute for Security Studies, says Biti’s belief that Mnangagwa blocked Mbeki’s mediation tallies with the general view in Harare. However he suggests more complex forces at play behind Mnangagwa’s decision. “It’s part of the power contest in Zanu-PF. There is a sense here that the real power brokers in Zanu-PF aren’t interested in mediation because that would mean making concessions to the MDC.”

While the party moderates understand that outside intervention is necessary to kick-start the economy, the hardliners fear losing too much power. Where Mnangagwa himself stands is a little vague. He’s not exactly a moderate but would like to revive the economy, even if only for personal gain.

Chikohomero believes the current indisposition of Deputy President Constantino Chiwenga is also complicating any mediation initiative. Chiwenga, who as military chief engineered Mugabe’s ousting in November 2017, has been ill with a mysterious ailment for over a year.

The Zanu-PF hardliners – backed by the military, many say – fear that in Chiwenga’s absence, “there would not be a strong hand on the table to represent their interests,” Chikohomero says. Whether that means that Mbeki’s mediation might revive once Chiwenga returns, though, is far from certain.

Meanwhile the Hydra-headed crisis continues. Biti believes Mbeki’s intervention is needed because politically Zimbabwe is heading for another implosion, another military coup or a street uprising. Economically, urgent action is required to prevent a complete meltdown. He believes outside intervention is also needed to stop state capture and the wholesale looting of public resources.

How another Mbeki mediation might help resolve such a complex crisis, though, is unclear. The unity government that he engineered in 2008 between Zanu-PF and the MDC – with the late Mugabe as president and the late MDC founding leader Morgan Tsvangirai as prime minister – did help restore the economy to some semblance of normality. This was greatly helped by the scrapping of the Zimbabwe dollar which had devalued by billions of percent to become worthless.

But Mugabe kept his hands on all the levers of hard power throughout the unity government and when it ended in 2013, he and Zanu-PF won another dubious election and Zimbabwe basically reverted to where it had been in 2008.

It seems this time the MDC may not, therefore, be up for a repeat of the unity government. After Chamisa met Mbeki in December, Chamisa’s spokesperson Sibanda told SABC that Chamisa “doesn’t necessarily want a government of national unity”. Instead he wanted guarantees that any future elections would be credible and fair, not least by ensuring the electoral commission was truly independent.

New elections on a truly level political playing field could indeed be the solution to Zimbabwe’s enduring crisis. Yet Jacob Zuma, Mbeki’s successor as national president – and also as SADC’s envoy to Zimbabwe – failed to persuade Mugabe and Zanu-PF to provide those guarantees of free, fair and independent elections in 2013.

Whether Mbeki could achieve that today, even if his mediation got off the ground, seems doubtful. DM