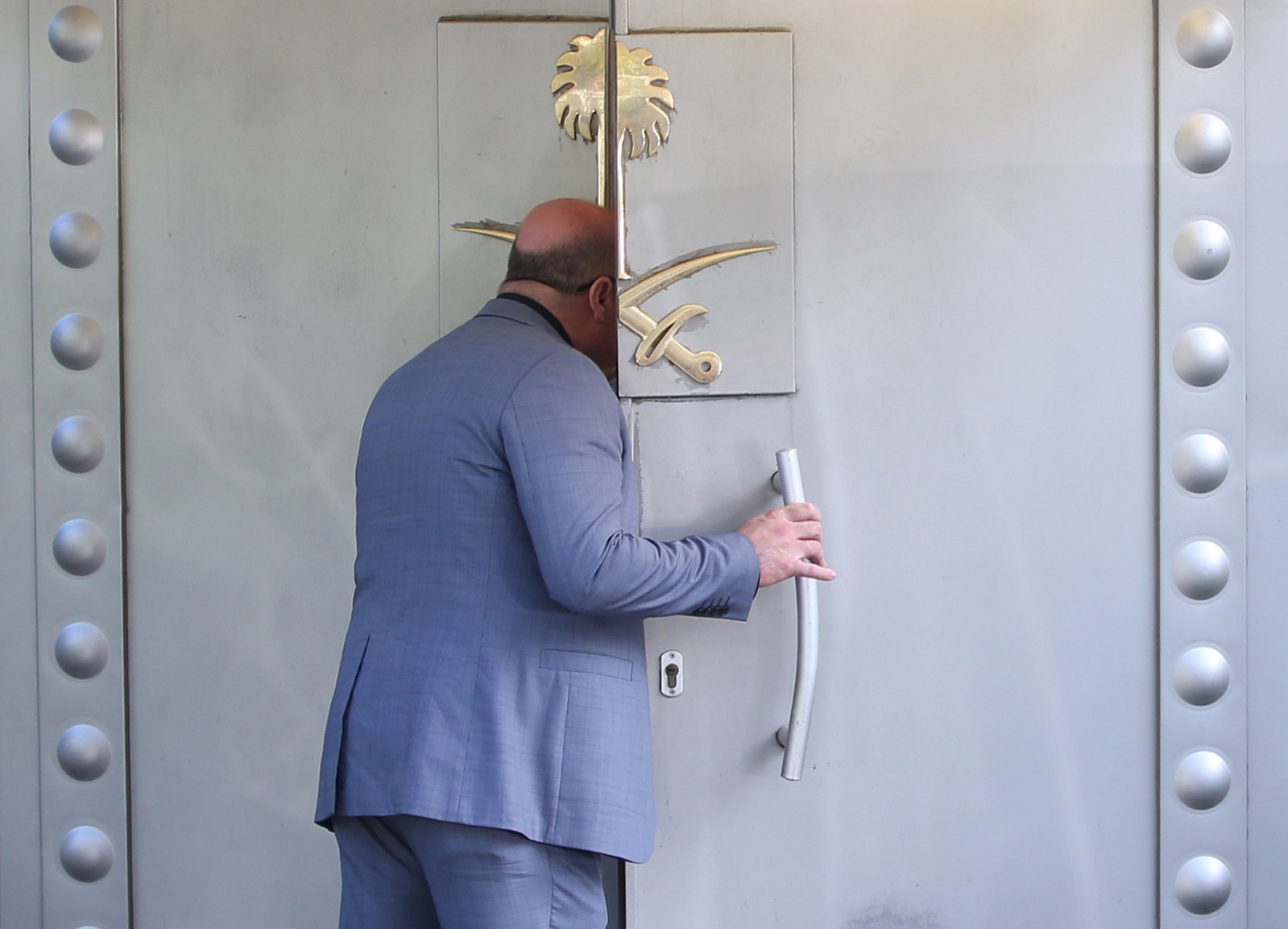 ISTANBUL, March 25 (Reuters) - Istanbul prosecutors said on Wednesday they had prepared an indictment against a close aide to Saudi Arabia's Crown Prince Mohammed bin Salman and a former deputy head of general intelligence over the killing of journalist Jamal Khashoggi.

The prosecutor’s office accused the two men of instigating Khashoggi’s murder at the Saudi consulate in Istanbul and named 18 suspects it said actually carried out the killing, which caused a global uproar.

Khashoggi was last seen entering the consulate on Oct. 2, 2018, where he had gone to obtain documents for his impending wedding. Turkish officials said his body was dismembered and removed from the building, but his remains have not been found.

Some Western governments, as well as the CIA, said they believed Prince Mohammed had ordered the killing – an accusation Saudi officials have denied.

It says the others suffocated Khashoggi, a columnist for the Washington Post who had grown increasingly critical of Prince Mohammed’s actions, after agreeing in advance that he should be killed if he did not return to Saudi Arabia with them.

The list of 18 suspected killers includes a 15-strong team which flew to Turkey to carry out the operation, and three intelligence officials.

Saudi Arabia’s media ministry did not immediately respond to a request for comment.

Both Qahtani and Asiri were dismissed from their positions after Khashoggi’s killing. Asiri was subsequently tried in Saudi Arabia but released due to insufficient evidence, a Saudi prosecutor said. Qahtani was investigated but was not charged. Sources have said he remained active in state matters.

In December a Saudi court sentenced five people to death and three to jail for Khashoggi’s killing in a trial which a U.N. rapporteur described as a mockery of justice because it did not target those she described as the masterminds of the operation.

The court did not identify those sentenced to death.

Wednesday’s indictment was based on analysis of suspects’ phone records, their entry and exit into Turkey and presence at the consulate, witness statements and analysis of Khashoggi’s phone and computers, the prosecutor’s office said.

Khashoggi’s killing, which Turkey’s President Tayyip Erdogan said was ordered at the “highest levels” of the Saudi government, has strained ties between Ankara and Riyadh.

Turkey accused Saudi officials of obstructing investigations at the consulate, while the Saudis have repeatedly said the Istanbul prosecutor has not complied with their requests to share information.

Prince Mohammed has denied ordering the killing but said he bore ultimate responsibility as the kingdom’s de facto leader. Saudi Arabia initially denied any involvement in or knowledge of Khashoggi’s death but later changed its position multiple times.