Shuls and temples close as churches and mosques cancel... 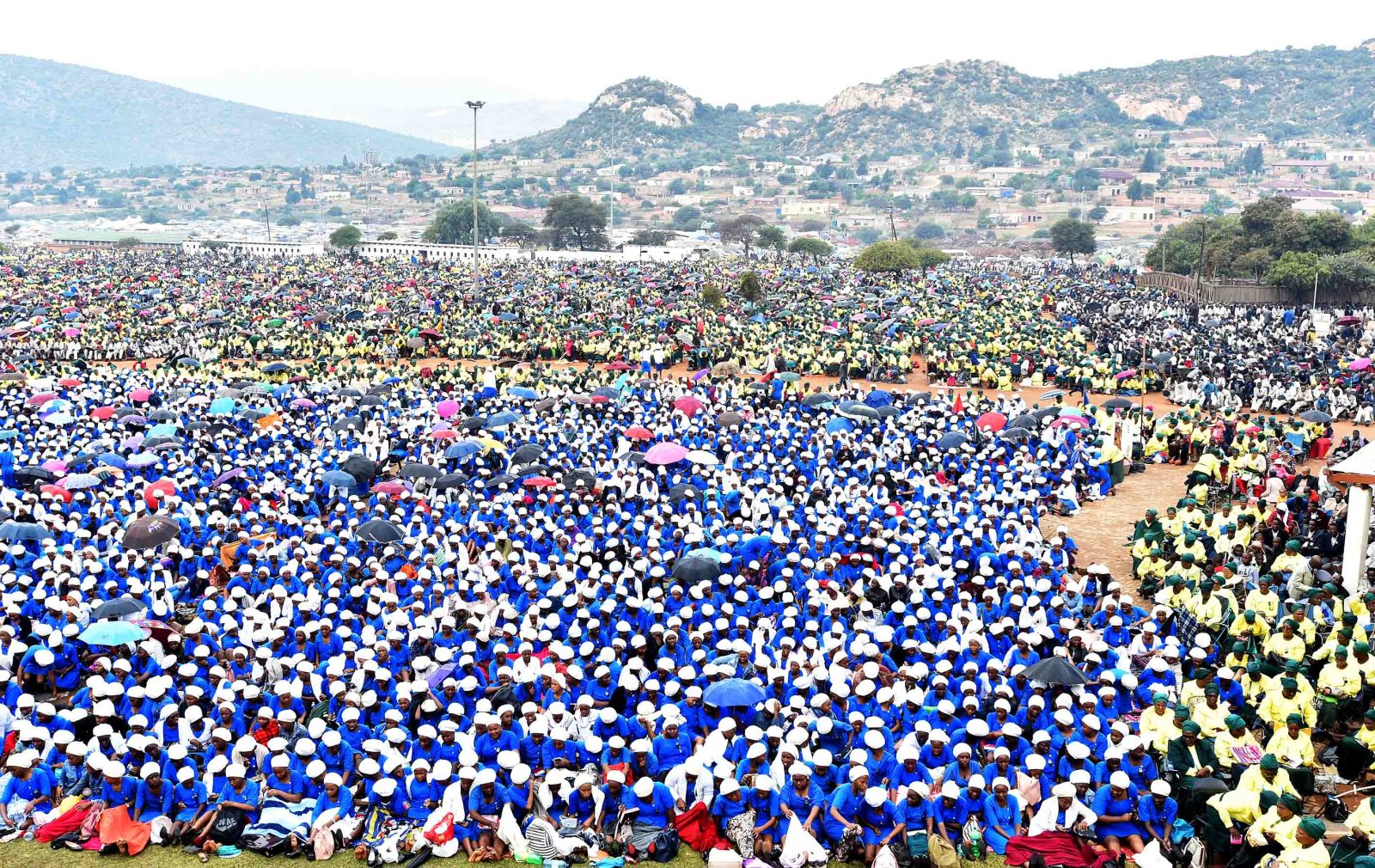 President Cyril Ramaphosa urges religious leaders to the front lines of the fight against Covid-19 and warns that no religious gathering is exempt from the new law banning meetings of more than 100 people.

Chief Rabbi Warren Goldstein announced on Thursday that all shuls will be closed while the Hindu community has also closed over 100 temples, according to community leader Dr Ashwin Trikamjee. This follows the Zionist Christian Church (ZCC), South Africa’s largest religious community, announcing it will for the first time in recent history cancel Moria, the Easter gathering that is Africa’s largest Christian congregation. Mosques have suspended the Friday Jumuah prayers, the most important and largest in the weekly Muslim calendar, for four weeks. Good Friday and Easter Sunday services by the Methodist church have been cancelled.

President Cyril Ramaphosa met religious leaders at the Union Buildings on Thursday, 18 March to emphasise their critical role in managing the Coronavirus (Covid-19) outbreak in South Africa and to also stress that nothing is exempt from prohibitions on all gatherings of over 100 people.

“There really is no event that is exempt from the regulations and they have now become the law of the land,” said Ramaphosa in an address to the leaders of all the major faith groups. Stringent rules to help South Africa flatten the curve of Covid-19 were gazetted on Wednesday, 17 March to confirm the prohibition on gathering and which also apply to religious congregations, eating and drinking out, cinemas, clubs and other events.

Politics plays an outsize role in South Africa and only religion is a more powerful force in the life of South Africans, although the Constitution is secular.

The churches, shuls, mosques and temples are the largest places of gathering in South Africa and life is often punctuated by congregation and prayer.  “Attending daily, weekly or monthly religious services is an integral part of life for millions of our people around the country,” Ramaphosa told the gathering. Covid-19 is putting a stop to that as well.  The ZCC is South Africa’s biggest church with other Christian denominations forming the great majority of religious life in SA. Islam, Judaism and Hinduism make up the other major religions in the country and all are given equal constitutional recognition in one of the progressive measures in the founding sacrament.

So all religious leaders met on Thursday to hear Ramaphosa’s battle-cry to them. Calling for a national day of prayer, he said: “The faith community can play a critical role in resolving one of the greatest public health challenges our country has faced.”  He said that in a time of uncertainty and upheaval, people would turn to their religious leaders.

“Millions of South Africans are at risk of contracting coronavirus not just in places of worship, but in buses and taxis, in the workplace, even in their homes. Caring for the sick and reducing social stigma is a common thread to all religious faiths, and I call upon you to be part of the effort to ensure those who need help get it and that those who are already ill are not shunned by their communities.

“This disease knows no boundaries of race or class, but it is the poor and vulnerable who will need us most. We call upon you to use your public platforms to educate people about quarantine and what it means, but also to pave the way for those who emerge from quarantine to be reintegrated back into the community,” said Ramaphosa.

South Africa now has 150 cases of Coronavirus with most cases in Gauteng and the Western Cape. As of Wednesday (17 March, 2020), there were four provinces with no infections.  The next few weeks will be critical in determining the course of the pandemic’s trajectory in South Africa and a shutdown has been shown to flatten the curve.

On Wednesday, Gauteng premier David Makhura said all funerals and weddings needed police permission to go ahead to ensure that gathering is restricted. This is particularly hard in South Africa where funerals are an important part of life and are usually large.

“It is also necessary to clarify that the regulations around gatherings over 100 people also apply to funerals, over which our religious leaders preside,” emphasised Ramaphosa who said there was no gathering exempt from the State of National Disaster regulations.

Funerals and weddings need only apply for permission at police stations if they will be bigger than 100 people, police minister Bheki Cele clarified in a media briefing on Thursday.

The decision to close shuls had been the most heartbreaking of his term, Chief Rabbi Warren Goldstein told the Jewish Report.  It’s the first time in South Africa’s history that shuls will close, he said.

It is also the first time that the Muslim Judicial Council has suspended the Friday Jumuah prayers. The Ulama Council (the national Muslim Association of leaders) has put in place directives which direct that mosques stay open for the five daily prayers at the centre of Muslim life, but these will be restricted to 100 congregants.  It has also directed that salaat (the prayers) are performed at home for at-risk members of the community.

Churches have put in place social distancing policies for priests and other lead congregants. “We need to suspend physical contact,” said the Anglican Archbishop Thabo Makgoba in a YouTube video at the weekend. “Don’t shake hands or embrace, but wave hands,” he said.

Some churches have cancelled physical congregation and are embracing technology to hold sermons and gatherings online. Mosques, temples and shuls are doing the same and all are using live streaming and WhatsApp to keep the faith. DM