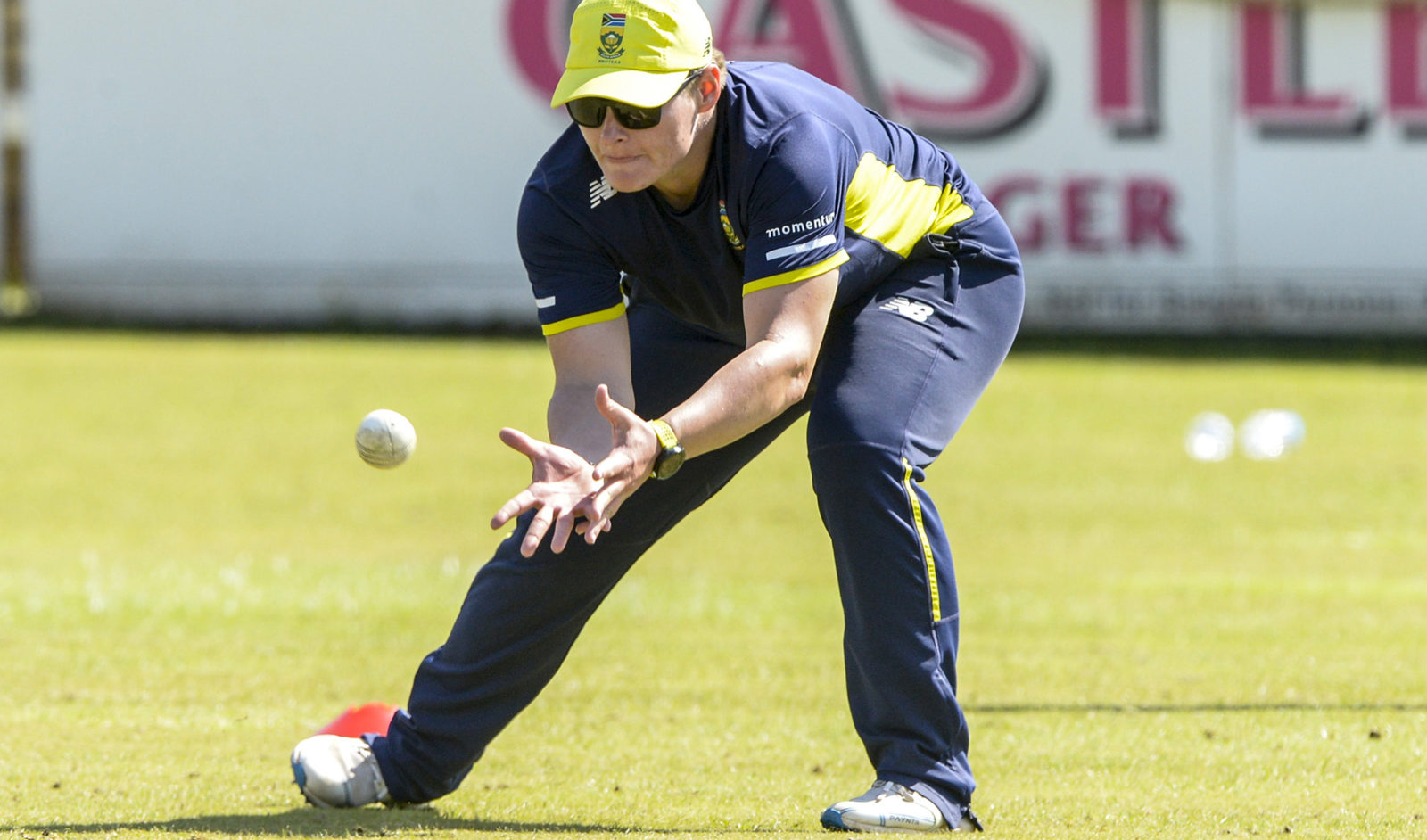 Lizelle Lee put on a masterclass in batting as she helped South Africa to a resounding victory over Thailand in the T20 Women’s World Cup.

South Africa thrashed Thailand by 113 runs to remain unbeaten and advance to the top of the log in Group B at the ICC T20 Women’s World Cup.

The victory came courtesy of a power-packed batting and bowling display from the South Africans, with opener Lizelle Lee the destroyer-in-chief who notched up an impressive 60-ball century.

Her final score of 101 is a personal best T20 total for the 27-year-old, and only the second triple-figure total to be recorded by a South African woman in the shortest format of the game.

Lee’s player of the match performance was ably supported by Sune Luus as the pair put on a record 131-run second wicket stand. At the end of South Africa’s innings, Luus was unbeaten with a 41-ball 61.

After that partnership was broken, Chloe Tryon came in and blitzed 24 off 11 balls, lifting the Proteas to 195 for three at the of 20 overs.

The total was the highest in a T20 World Cup, beating the 194 for five posted by India at the 2018 edition. It was also the second-highest total by the Proteas in T20s.

South Africa came into the game at the Manuka Oval in Canberra with their tails up after pulling off their maiden T20 World Cup win against perennial heavyweights England in their tournament opener.

They made the worst start possible as they lost a wicket early on after they had won the toss and elected to bowl first. Their captain Dane van Niekerk, who had top-scored for the Proteas in their victory over England, out for two in the third over.

It was all about Lee from then onwards. She smashed the Thai bowlers to all parts of the park, with the fielding team missing a key opportunity to get rid of her in the ninth over when Onnicha Kamchomphu dropped her.

They would go on to rue that missed opportunity as Lee smashed three sixes and 16 fours on her way to her eventual total of 101, and became the second player from the Proteas Women to reach the milestone, after Shandre Fritz (116*) nearly a decade ago in October 2010 against the Netherlands.

Luus played the perfect sidekick as the pair 130-plus run stand, with Luus finishing unbeaten on 61 after Lee’s departure. Tryon too enjoyed herself with the bat and her cameo helped take her team’s total close to 200.

Over to you Thailand.

The tournament debutants, who had lost their first two games, had the improbable task of chasing down that total, but fell short in the end. The Proteas’ putting on a prolific bowling performance as they dismissed the Thais for a paltry 82 runs.

Luus was once again heavily involved as she picked up three wickets. However, it was the pace of Shabnim Ismail that ripped apart the Thailand top order. After a runout by Trisha Chetty to begin the fourth over, Ismail took two wickets with the next two balls to have the minnows struggling at 14 for three. The fast bowler ended the match with impressive figures; three wickets for just eight runs.

After that sucker punch fourth over, the underdogs never really recovered as wickets tumbled at regular intervals.

One of those to pick up a wicket was Nonkululeko Mlaba, who clinched a personal milestone with a first-ever T20 international wicket. It came courtesy of a blinder of a diving catch from Laura Wolvaardt to dismiss Thai captain Sornnarin Tippoch.

Van Niekerk as well as Nadine de Klerk, who was in the side in place of the ailing Marizanne Kapp, also got in among the wickets, picking up one a piece.

Ismail, who triggered the Thai collapse, fittingly finished it off with the first ball of the last over – castling Ratanaporn Padunglerd.

With the win, the Proteas further solidified their spot atop of Group B and also improved their net run-rate with just two games left in the group stages.

They take on Pakistan in two days’ time, before locking horns with West Indies in their final group game. DM