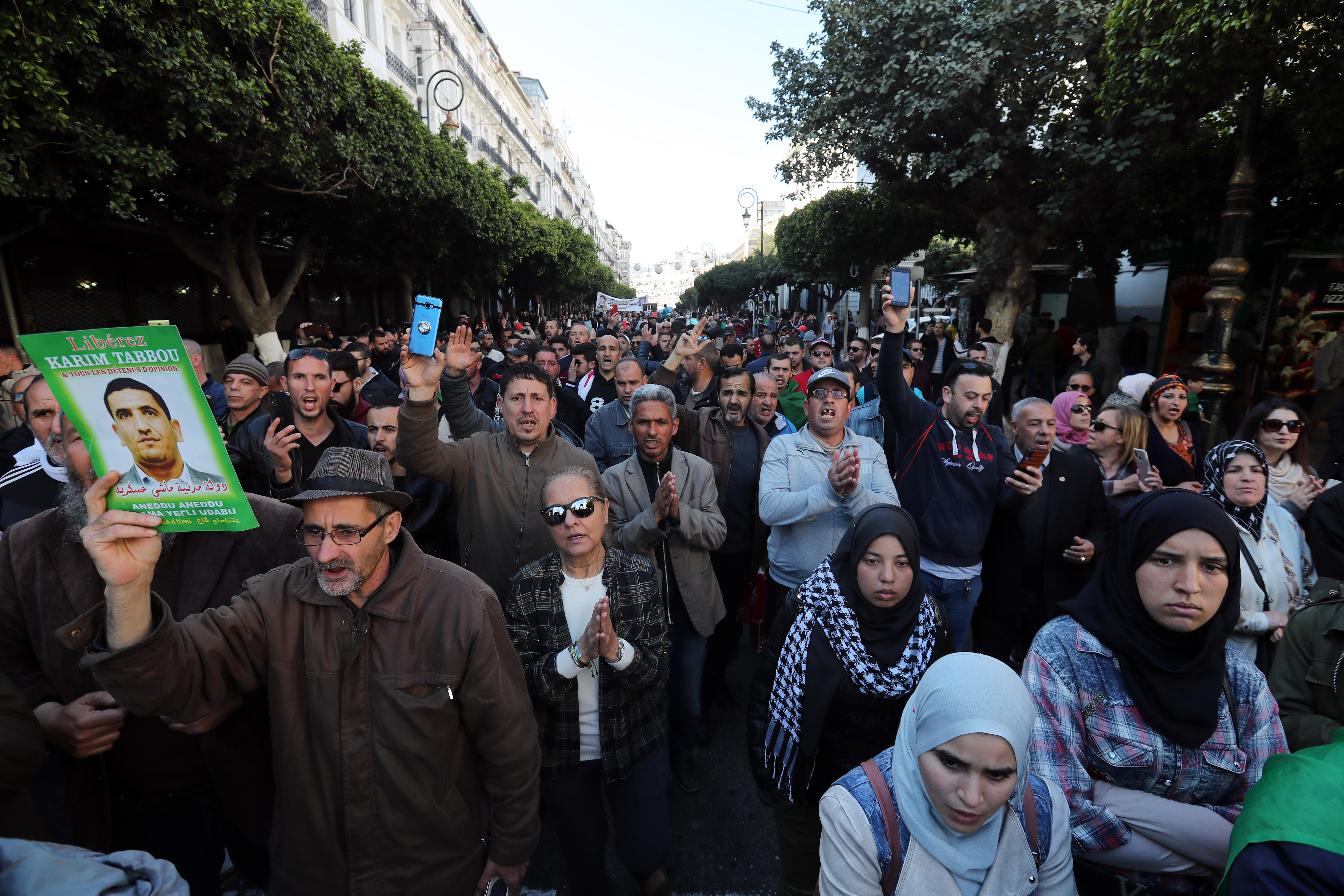 epa08237344 A protester (L) holds a picture of detained opposition figure Karim Tabou as they march to mark the first anniversary of the popular protests in Algiers, Algeria, 22 February 2020. Algerian protesters this weekend are marking the first anniversary of the protest movement that began on 16 February 2019 after Abdelaziz Bouteflika announced his candidacy for a fifth presidential term. The protesters continue to press for their demands for a complete change of the ruling elite and an end to corruption. EPA-EFE/MOHAMED MESSARA

ALGIERS, Feb 25 (Reuters) - Algeria has reported its first confirmed case of the new coronavirus, an Italian man who arrived in the country on Feb. 17 and has been put into isolation.

The case was announced by the health minister, and President Abdelmadjid Tebboune said on Twitter that he had ordered medical authorities to take maximum precautions. He urged Algerians to be careful what information they shared online.

Northern Italy, home to many Algerians, has been the centre of an outbreak of the coronavirus with more than 280 cases and 11 deaths. Its Milan-based energy company, Eni, is also involved in projects in Algeria.

The disease reaches Algeria at a politically difficult moment, following a year of mass street protests that still occur twice a week.

Tebboune was elected in December in a vote opposed by the protesters, whose demonstrations helped bring down his predecessor Abdelaziz Bouteflika. (Reporting By Lamine Chikhi, writing by Angus McDowall Editing by Grant McCool)