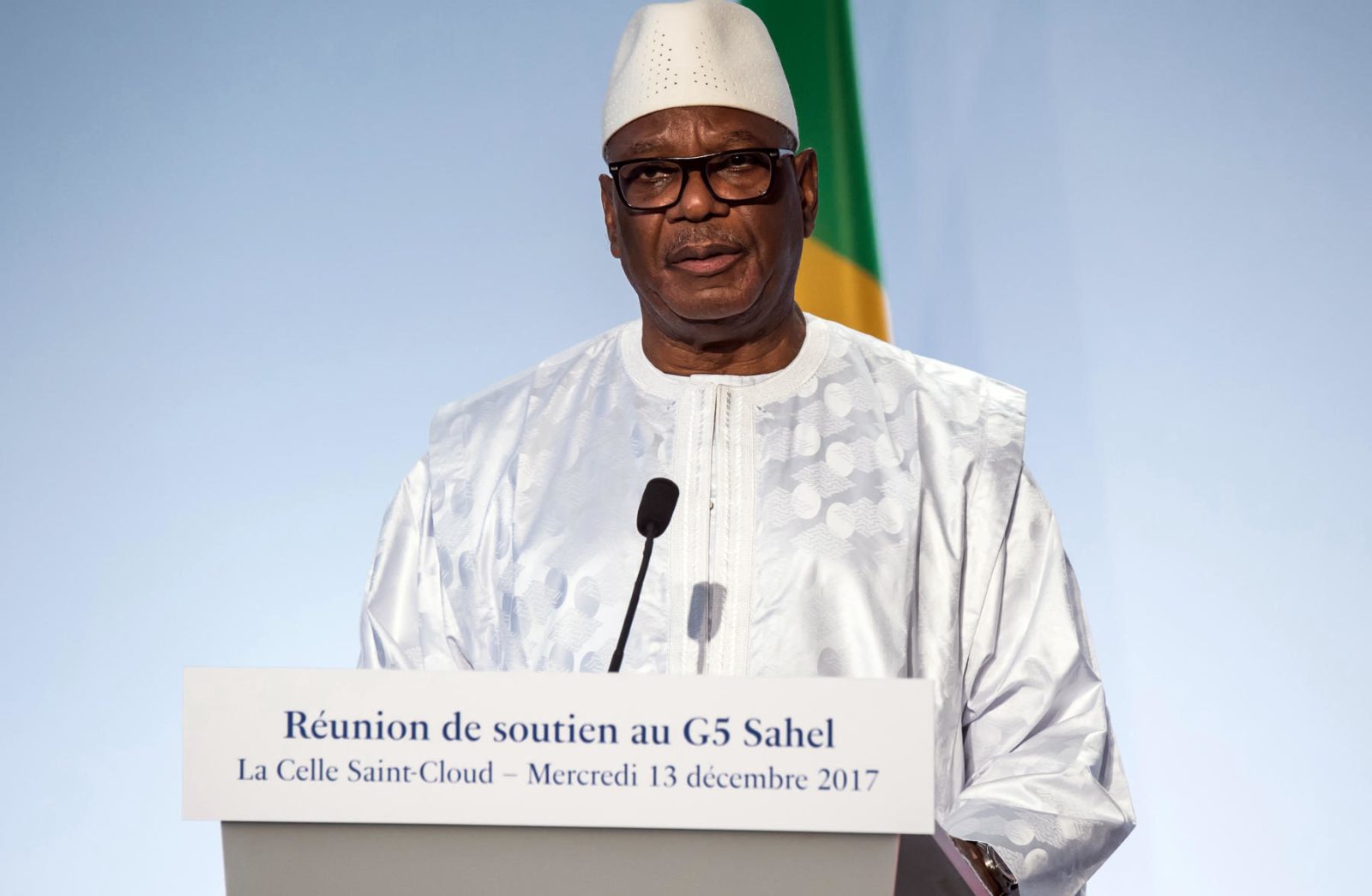 As a transnational problem, terrorism can benefit from external support, but lasting solutions must come from affected communities.

Terror attacks in the Sahel have increased five-fold since 2016. In addition to civilian casualties, attacks on military personnel in the Sahelian states, as well as those of the international forces in the region, have risen.

The 2019 Global Terrorism Index lists countries like Mali and Niger among the top 10 states affected by terrorism in Africa. During the last quarter of 2019, nearly 200 soldiers, including 100 Nigerians and over 90 Malians, were killed by extremists. On 26 November 2019 France, which has 4,500 soldiers engaged in the Sahel region, lost 13 in Mali during a counterterrorism operation.

It was in this context of increasing insecurity that a high-level summit involving the affected countries – Burkina Faso, Chad, Mali, Mauritania and Niger – was convened in Pau, France, on 13 January. Officially, the main aim of the summit was to strengthen counterterrorism operations under the auspices of the G5 Sahel. In another sense, it was centred on France’s foreign policy objectives.

French President Emmanuel Macron wished to defuse criticisms following the death of French soldiers in a helicopter crash in Mali, and to show that his country intervened at the request of governments in the Sahel countries concerned (see map). The summit also appeared to be an opportunity for France to get clarification from the Sahelian leaders on recent protests against the French military presence in countries like Mali.

The final declaration of the G5 Sahel summit marks a continuity with the existing doctrine which focuses on hard security to the detriment of other issues such as development and accountable leadership. Part of the failure of the G5 Sahel’s current strategy is the imbalance between these different pillars, poor sequencing of actions and insufficient consideration of the issue of governance. 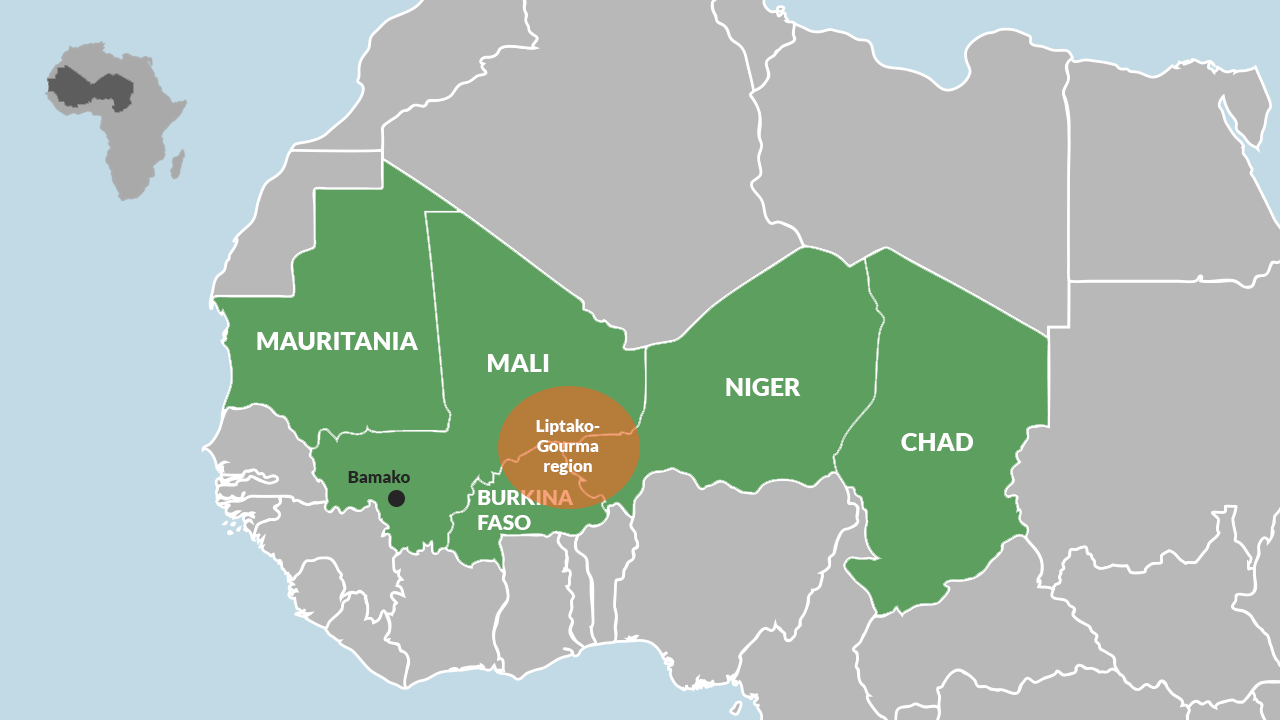 The inability of states to integrate these border regions into their national policies and to promote their development has led to disinterest or even the rejection of state authority. This rejection is linked to both the actions and inactions of government, and has made the work of the entrepreneurs of violence easier.

Public demonstrations in several Sahelian states, especially Mali, show a loss of legitimacy of France in the eyes of local communities after being greeted almost as “liberators” in 2013.

On 10 January – three days before the summit – these demonstrations aimed to send a strong message to both France and the Malian delegation to Pau. Hundreds of Malians gathered around the Independence Monument in the capital Bamako, where the French flag was burnt and banners displayed with slogans such as “Down with France”.

In this context, the G5 Sahel summit is a reminder that since 2012, when the crisis in Mali and then more generally in the Sahel escalated, partner states have failed to take full responsibility for their territorial security. Furthermore, leaders in the Sahel need to recognise that heavy-handed responses often worsen the security situation.

The counter-terrorism toolkit should be broadened to include non-military approaches. It is clear that the crisis in the Sahel has reached an impasse, with states unable to achieve total military victory.

States such as Mali could test the possibility of talks with militants, potentially aiming for local ceasefires before broadening the scope for dialogue. Or at the least, facilitate discussions among local communities to achieve a clearer understanding of the root causes of violent extremism.

Mali has already taken a step in this direction with the recent initiative of the Malian president’s High Representative for the Centre, Dioncounda Traoré, to establish dialogue with two leaders of the Group for the Support of Islam and Muslims. Until such new approaches are tested, leaders will continue opting for short-term and coercive strategies that can deliver quick political gains.

Although the transnational nature of terrorism can benefit from external support, the inspiration for lasting solutions should be located where the problem exists. The decision to convene the G5 Sahel summit in France, far from the realities of those affected by terrorist violence, reinforces the notion of a paternalistic former colonial power taking action in Sahel states. This does little to build trust between Sahelian governments and their citizens – something that is essential to stabilise the affected countries.

For example, establishing or strengthening inclusive exchange networks that highlight the needs of a locality and obligations of its state representatives would create conditions for fruitful dialogue. Beyond preventing and moderating tensions, these networks enable communities to get more involved in security discussions.

Building trust also depends on improved governance, especially when it comes to access to social services and justice. Evidence has shown that some communities resort to protection offered by terror groups in areas where government security services are weak.

The intensification of violence in the Sahel, as a result of terrorism but also the resurgence of local conflicts, is above all the consequence of decades of weak governance in affected countries. Longstanding neglect of communities in remote rural areas and the failure to constructively engage the rising youth population have also enabled terror groups to exploit leadership gaps.

Military action can have only a limited impact in the absence of coherent political responses at the local, national and regional levels. Governments need to engage affected communities about how to better tackle the structural challenges they face. Looking inwards and acting on the concerns of local communities would reduce the inclination to constantly seek solutions from outside. DM