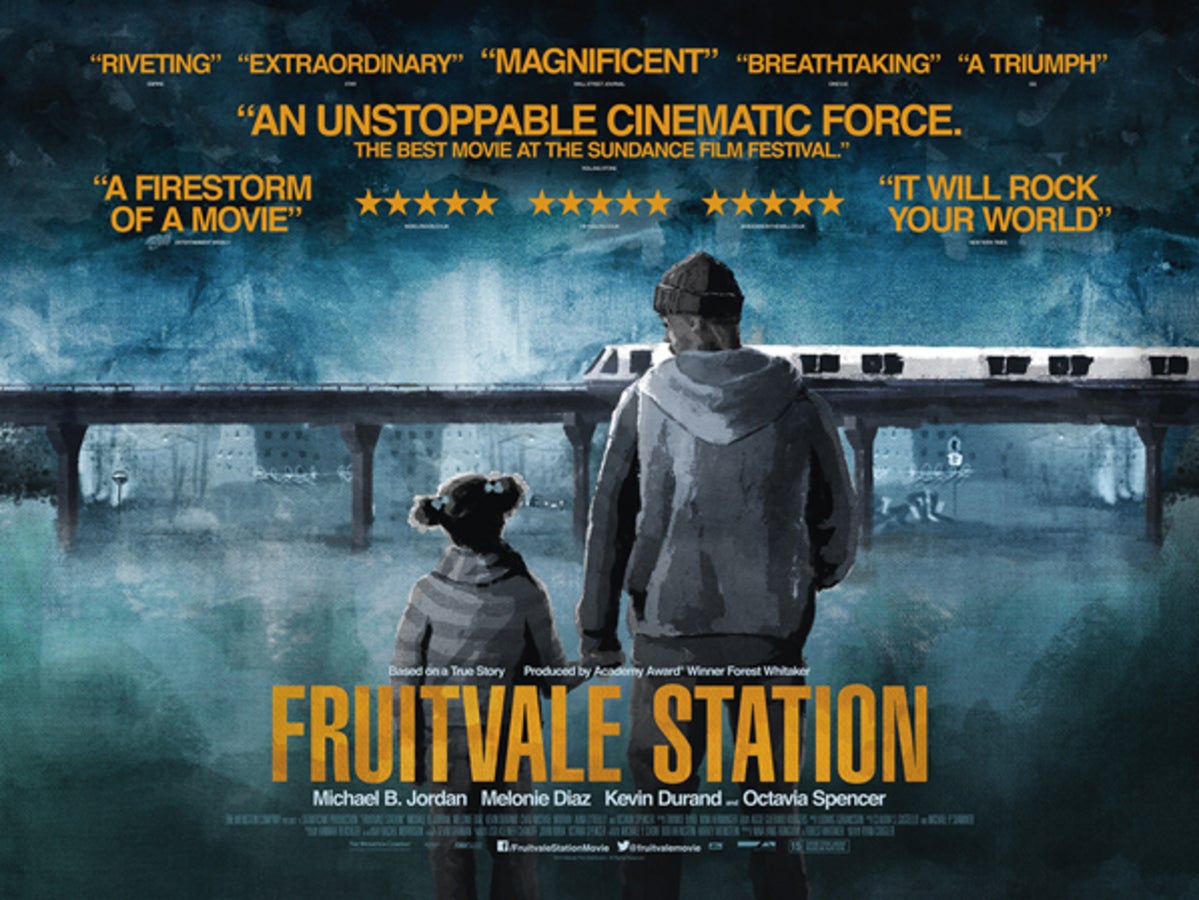 We look at films about people fighting against the status quo and stories that serve as a reflection of society. Some are biographical, others are simply about life. All are a must-watch.

Awarded the Sundance Directing Award and Sundance Special Jury Award for Creative Collaboration in 2019, this film narrates the story of Jimmy (Jimmy Fails), a young black man living in San Francisco, who is determined to reclaim the house his grandfather built, an elegant Victorian building set in the haute Fillmore neighbourhood.

Now, the house has new tenants, but Jimmy, along with his friend Mont (Jonathan Majors), a talented playwright and artist, regularly breaks into the property to do repairs on it, much to the frustration of its elderly white occupants. When an inheritance scandal goes awry and the house is left standing empty, Jimmy and Mont take their chance and move in. Their happiness is short-lived though, as the house is placed on the market, urging Jimmy to come up with the money to reclaim it.

Beyond its terraced houses and leafy streets, San Francisco’s trendy Fillmore neighbourhood is symbolic of a city that struggles with gangsterism, has a history of forced evictions and is feeling the effects of gentrification. In this, and although the cultures may differ, The Last Blackman in San Francisco translates easily to a South African setting.

Despite its heavy subject matter, the film feels light and sublime. The cinematography is polished, with a vivid colour scheme, seen especially through the costumes: here gold accessories, there red, blue and yellow jackets.

Through subtle repetitions, power dynamics are also clearly set: Fillmore house’s white tenants talk down to Jimmy, standing at the top of their staircase; later, when Jimmy is living in the house, he, in turn, talks down to tourists who come sightseeing at his home.

This level of affected detail though, causes the film to drift into dramatic political posturing. Jimmy Fail’s acting is powerful but the script sometimes reduces him to a disaffected victim of an unfair system and in a film about personal history his is sorely lacking. What makes his bond with Mont so close, why he doesn’t see his mother, why they originally lost their home, all go wanting.

But the film is beautifully shot, peculiar, and the story that criticises the rich and the privileged for taking control of areas rooted in cultural experience, and that looks deeper into the issue of gentrification, is extremely relevant.

After a recent affair, 22-year old Oscar (Michael B Jordan), commits himself to supporting his family, but employment opportunities are scarce, and he has a criminal record. On New Year’s Eve, he needs to pay the electricity bill, purchase gifts and groceries for his mother’s birthday (which is happening that same day), carpool and find a job.

Based on real-life events, Ryan Coogler’s debut film is modest in scope. Though Fruitvale Station does not shy away from socially-charged content, it is more a tribute to who Oscar was, than a commentary on the significance of his death – that he is going to die is evident from the start. We discover him through the eyes of the people he knew: to his daughter (Ariana Neal), he is a silly accomplice; to his wife (Melonie Diaz), he is someone gently in love, trying to make amends for past mistakes; to his mother, he is a son finally showing his true merit; to his friends, he is easygoing “always late” Oscar.

The beauty of the film also lies in intimate moments, when Oscar isn’t someone in the eyes of others, but himself, opening in front of the camera. Few moments stand out: besides his wife, he doesn’t tell anyone how difficult his finances are; and although it pains him to make purchases on other people’s behalf, he won’t accept their reimbursements.

And there is his death, inevitable, that taints even the film’s happiest moments; a sharp and rapid pain when the viewer realises that the joy he brings to people is offset by the ache of what they are about to lose. Fruitvale Station is a tender, prescient film. No wonder it won at Cannes, as well as Sundance US Grand Jury Prize: Dramatic, and Sundance Audience Award: US Dramatic.

Set in 18th century France, artist Marianne (Noémie Merlant) is commissioned to paint the aristocratic Héloïse (Adèle Haenel). Upon her arrival at the family’s remote coastal mansion, she realises that Héloïse is betrothed to a Milanese nobleman, who insists he sees her portrait before he marries her.

Héloïse, who doesn’t want to be married to the man, refuses to allow anyone to see her face, including the painter. Marianne must act as her walking companion, studying her features while they are outside and painting her when alone, in secret.

Throughout their many outings together, Héloïse shares her emotions and frustrations with Marianne and the two draw close. But the first portrait isn’t realistic enough and Marianne starts again, this time with Héloïse posing for her. As the painter comes to know her subject more intimately, eventually finding romance, so her portrait takes on Héloïse’s deepest features.

For a period piece, director Céline Sciamma uses the barest of set, highlighting instead the actors’ behaviours to take over the space. Gaze is all-important in this film: the relationship between Marianne and her subject — how they perceive each other — dictates how she paints her. But it is also driving their personal relationship, as homosexuality is taboo and prohibited, intimacy is shared through the eyes: it is intense yet vulnerable, evident yet secret.

Portrait of a Lady on Fire steadily, poignantly observes an insular and feminine world; inhabited by two superb actors and managed by a director firmly in control of her craft, the film is a Cannes winner for Best Screenplay and the Queer Palm.

Wadjda (Waad Mohammed) is a wilful 10-year-old girl living in Riyadh, Saudi Arabia, envious of her friend, Abdullah (Abdulrahman al-Guhani), who can ride a bicycle. Though her culture does not permit her to ride, when an ornate bicycle arrives in a nearby store, she decides to save up for it. She enters her school’s poetry competition, led by a religious group, soon finding out she is up against students who seem more devout and dedicated than her.

Wadjda is the first feature film shot entirely in Saudi Arabia, where the first cinema was opened in 2018 – there were no cinemas between 1983 and 2018. It is also the directorial debut of Haifaa al-Mansour, making Wadjda the first female-directed Saudi Arabian film.

Wadjda criticises life in a religious state by showing it through the eyes of a child. Wadjda – the character – is defiant, finding it frustrating that rock music and bangles are considered evil. When there are construction workers on a building overlooking her playground, she doesn’t understand why the girls must avoid being seen by the men. Wadjda’s innocence challenges the need for religious strictures; from her perspective, rules are a barrier to self-expression.

Wadjda’s mission to buy a bicycle becomes symbolic. The further she has to go to get it, the more we understand the constraints placed on Saudi women’s freedom. Ironically, much of Wadjda’s obstacles come from women themselves. Her strong-mindedness regularly gets her in trouble with her headmistress and Wadjda’s mother forbids her from owning a bicycle. The latter relationship is often uneasy, as Wadjda’s mother feels it is easier to comply with religious strictures than to resist them.

There is nothing extravagant about this film. Each scene has a tender honesty to it, Waad Mohamed is balancing the film’s drama against her witty playfulness. Yet, there is also something quietly illicit about its content: knowing the rules that govern the society she lives in, seeing uncovered women in domestic scenes feels like a religious transgression. The rules that constrain Wadjda also applied to the film’s makers. Haifaa al-Mansour directed many of her scenes from the back of a van, as she could not publicly mix with the crew’s male members.

Wadjda is an accomplished film which reflects many women’s lives in a single story, and is a benchmark for speaking out against oppressive regimes. The film was awarded the Most Popular International First Feature Award at the Vancouver Film Festival, and the Interfilm Award at the Venice Film Festival. ML