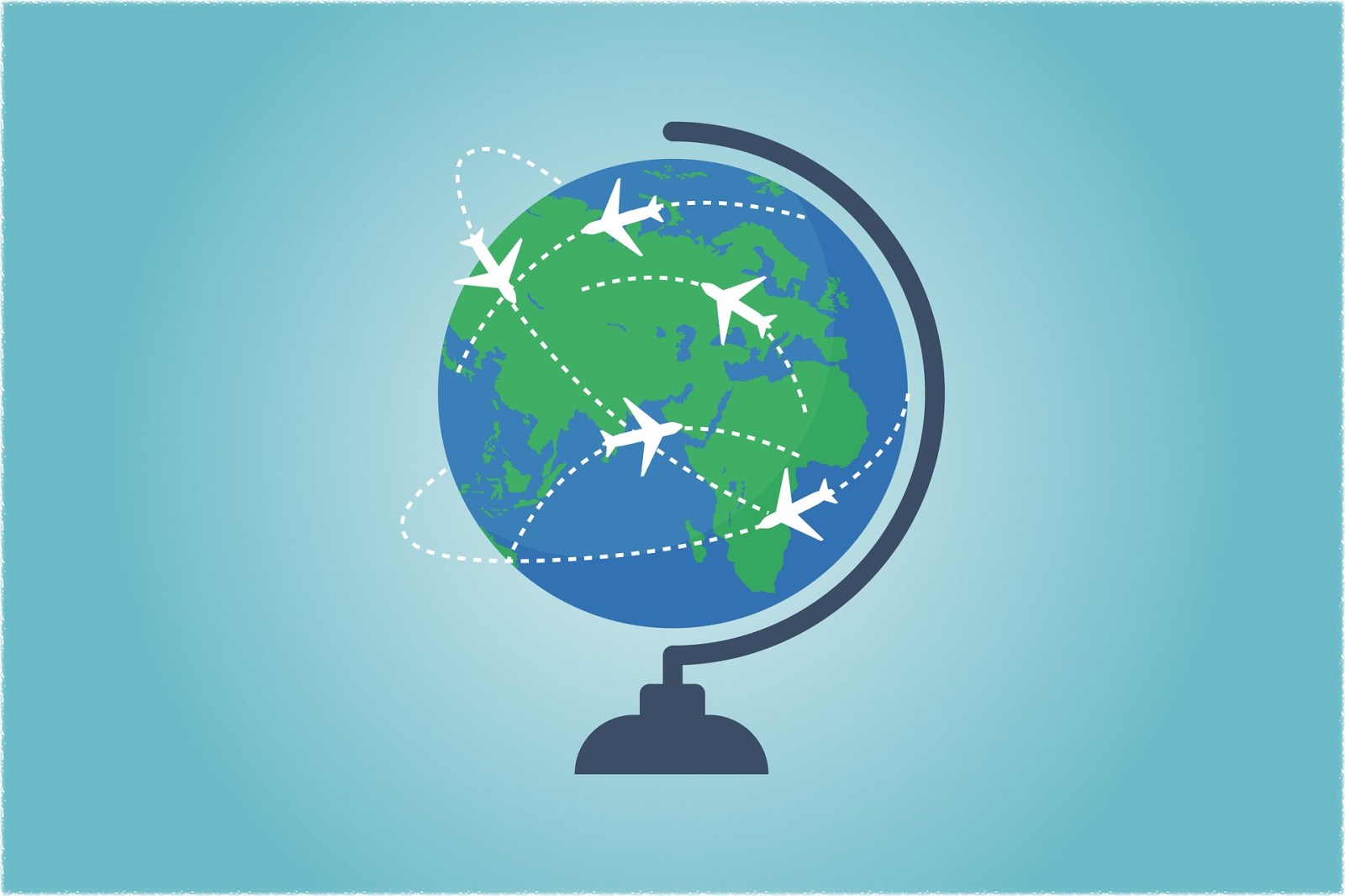 A Daily Maverick sub-editor finds himself on a Caribbean island paradise at the beginning of an epic journey.

I’d told Branko Brkic, the Daily Maverick editor-in-chief, that I was suffering from ennui, and was thinking of implementing my pension plan, which involved going to Thailand, blowing my dosh on sinful living and purchasing a lethal shot of heroin with my last 100 baht.

“I’ve got a better idea,” said Branko. “Go to Central America, and work from there.” (My work entails sub-editing for Daily Maverick.)

“The only difference between working there and working in Cape Town is a millionth of a second – the speed of light, the time it takes for internet communications to flash around the world. And internet connections are very good in Central America.

“Start off in Belize… I’ve heard it’s an amazing country. They speak English there – it used to be British Honduras.”

I formulated a rough plan, which involves travelling through all seven Central American countries, across to Colombia, and then down South America to Tierra Del Fuego at the southernmost tip of the continent. While doing my desk job five days a week. I was going to be a 21st Century wanderer, a digital nomad, freed by technology from the constraints of place, a wayfarer navigating the data stream.

Data is the new opiate of the masses, it’s the life force that sustains modern civilisation, and the theory of dataism holds that the entire universe is a gigantic flow of data, and that human beings are merely biochemical algorithms to process it.

When data learns to process itself we’ll become redundant.

Just another of nature’s experiments.

But that’s all in the future, or in one of an infinity of possible futures, and right now data was going to set me free, to liberate me from Glencairn Heights in Cape Town’s Deep South, a place where south-easters are born, howling and furious; a suburb where they post messages on the neighbourhood watch WhatsApp group like: “BM in green jacket drinking heading towards Spar” or “BM going door to door asking for work or something… could [the armed response patrol car] pleases [sic] investigate”.

The ’hood seemed to represent some of the worst aspects of South Africa… fear and loathing and racism and a lack of compassion.

Not to mention those frigging south-easters. And the north-westers in winter.

A few weeks after Branko shared his great notion with me, I stuffed some things into a small daypack and caught a plane to Istanbul.

Spent a day there, then went back to the airport to catch a flight to Cancun in Mexico. Following which I had a ticket to Belize City.

“Where is your visa?” asked a Turkish Airlines official when I presented my passport and boarding pass at the gate. “Here it is.” I showed him my Turkish visa.

“No, your visa to Mexico. You need a visa to enter Mexico.”

“You need a transit visa for Mexico.”

“I don’t. I phoned the Mexican embassy in South Africa and they said you don’t need a visa if you’re in the airport for less than 12 hours.”

“You need a transit visa. You don’t have one. I can’t let you board the plane.”

“But the Mexican embassy in South Africa told…”

“You cannot board this aircraft.”

“What am I supposed to do?”

“Buy a ticket to somewhere else.”

“But the Mexican embassy in… ah forget it,” I said cursing under my breath and maybe over my breath too.

“Do you have any flights to Central America?” I asked the woman at the air ticket sales counter. (South Africans don’t need visas for any of the seven countries in Central America.)

“Where in Central America?”

There was one country left.

“I’ll take it. But it’s not right that I have to buy another ticket. I had a flight to Mexico and the Mexican embassy in South Africa told me… never mind.”

I handed over my credit card – that thin strip of plastic between me and disaster – and, purchase completed, caught the bus back to Taksim Square in chilly Istanbul; one in the morning and no hotel reservation.

It was not an auspicious start.

A few days later, after stopovers in Panama City and San Salvador, I boarded a “water taxi” (actually a passenger ferry) in Belize City.

It’s a little island 37km offshore from Belize City and the ferry ride takes about an hour and 20 minutes.

A light rain was falling, and at the island I caught a taxi the few hundred metres to my guesthouse – De Real Macaw, where my room, costing $27 a night, was the cheapest I could find on booking.com.

The taxi was an electric golf cart, as there are only a handful of motor vehicles on the island, which consists of a few sandy streets, a ramshackle collection of brightly coloured clapboard shacks, many of which house bars and restaurants, and some concrete structures, which are creeping onto the island as global tourism spreads its malignant wings: yesterday’s quaint Caribbean fishing village replaced by air-conditioned monstrosities, the sons and daughters of fishermen serving rum punch to the jaded elite (and not-so elite) in themed resorts.

But the island hasn’t been ruined yet, and now golf carts and bicycles are the favoured mode of transport.

As is walking, and after unpacking my meagre possessions I walked down the main drag, and passed a place called Bondi Bar, where a blond dude was playing a guitar and singing a Gordon Lightfoot song, The Wreck of the Edmund Fitzgerald.

He had a beautiful voice, redolent of smoke and whisky and leather and lace, and I was drawn into the bar.

There was a seat at the counter, next to a wiry old geezer wearing a T-shirt, shorts and a baseball cap. The standard outfit on the island.

“What’s good to drink here?” I asked him.

He leaned towards me and cupped his ear.

“I’m sorry, you’ll have to speak louder. I lost most of my hearing from being close to gunfire when I was in the Canadian army.”

“Are you fuckin’ kidding? You ever hear of the Dieppe Raid? The Normandy landings? The defence of Hong Kong? Canadians fought in all those battles.”

“Ja, but that was in World War II. I didn’t know Canada had fought any recent battles. I thought you guys were a peaceful gun-free bunch who smoke plenty of weed and just kind of chill out.”

“Huh. Anyway, where are you from?” said the geezer, whose name was Gary. “South Africa. We’ve run out of land and are planning to colonise Belize. I’m part of the vanguard they’ve sent over to assess the situation here.”

“Damn… back to the drawing board I guess.”

“How long are you staying here?” asked Gary, who’d been a rifleman in the Canadian army, and whose surname, coincidentally, was Rifle.

“Two days. Then I’m going to the jungle… to San Ignacio.”

“You’ll end up staying here for a lot longer than that.”

I’ve been here a week now, and plan to stay here for a while longer.

Caye Caulker has a beguiling charm, a laid-back Caribbean rhythm; the sparkling waters of the Caribbean Sea lap gently on the wooden jetties, in the distance surf breaks on the barrier reef, palm trees hiss softly in the breeze, ungainly pelicans plunge and bob, majestic freighter birds float overhead, large iguanas sun themselves in the mangrove swamp, and the locals speak, in addition to English and Spanish, a sing-song dialect called Belize Kriol.

There’s a wooden sign on one of the side streets with the exhortation, “NO

PEE YA – (dat cruffy no ras)”, which I think means “Do not urinate here – (it’s not cool)”. One night I was at the Barrier Reef Sports Bar (aka HQ for many of the expats here, most of them from Canada and the US). The place was heaving, throbbing, pulsing with music and rum and dancing.

A young man of the island put his hand on my shoulder as I was going to the bar.

He meant that he had an entire pharmacopeia of illicit drugs for sale, but I gave him a withering look and walked on.

I don’t buy drugs from people who call me Grandpa. ML