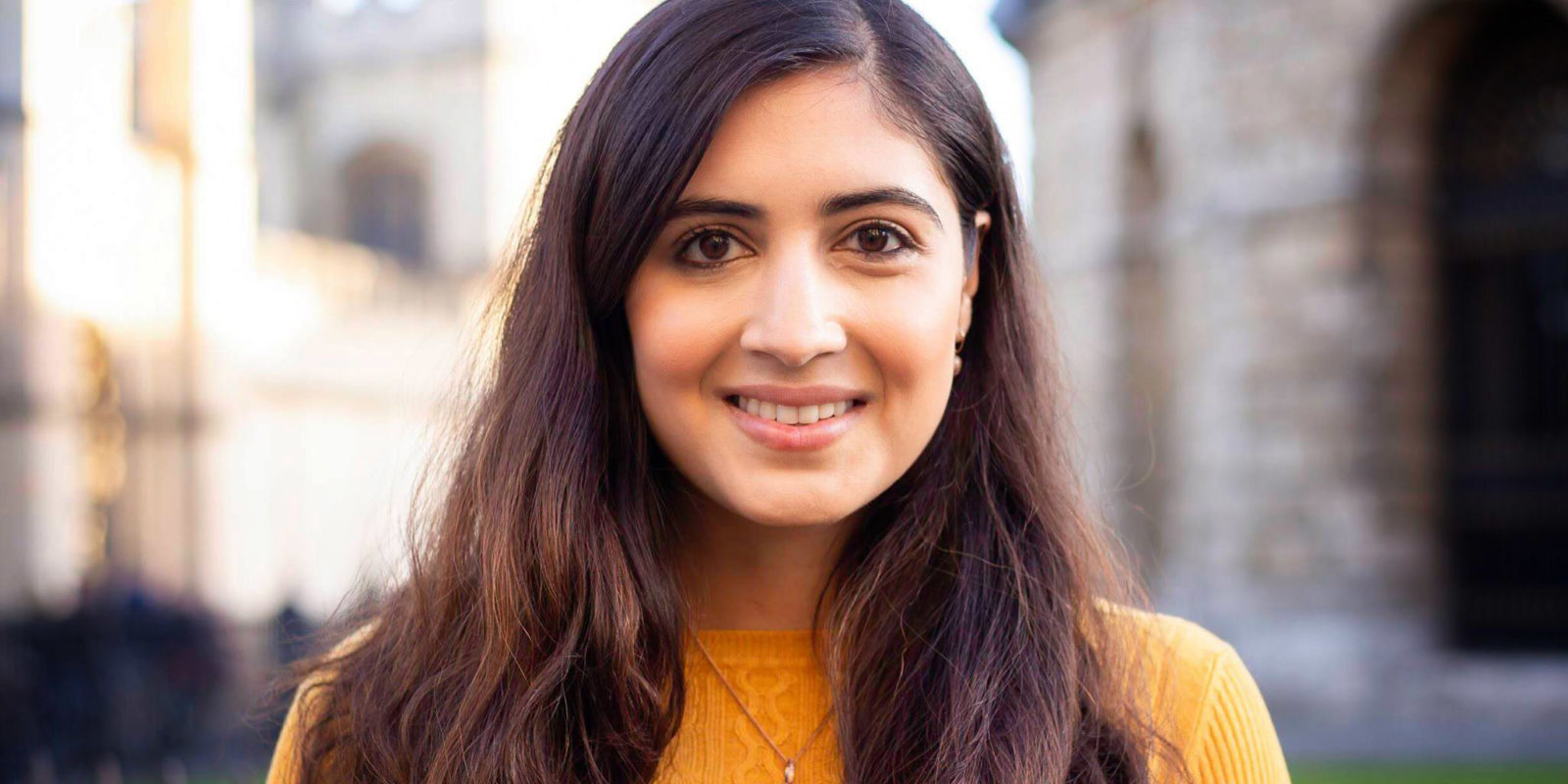 ‘If we cannot figure out how to share in our value and wealth “creation”, we will share in its destruction,’ young leader Shaeera Kalla told the Business Economic Indaba. (Photo: supplied)

South Africa has mastered the art of fiddling while inequality burns. There’s a thriving economy in conferences, indabas, workshops, seminars, lekgotlas and research reports. But there’s a huge gulf betwixt platitudes and action based on common purpose. Something has to change.

It is arguable that the acute nature of South Africa’s economic crisis is in no small part a consequence of the lack of imagination of its business community, their preference to sit on their hands (or rather on their cash), waiting for government to create the ideal safe economic environment (something that doesn’t exist anywhere in the world); and their ingrained Pavlovian habits, which predetermine what is possible and what is not.

The recent Business Economic Indaba, convened by Business Unity South Africa (Busa), would in many ways support that argument.

There’s no questioning the genuine desire of some in big business to make a positive difference and ensure that business plays a part in rescuing our society and restoring it on a constitutionally mandated pathway to equality and social justice (because that’s what we all say we subscribe to, isn’t it?).

In his opening speech, Busa President Sipho Pityana, for example, was at pains to stress that the indaba was a “workshop” and not a talk-shop. Its theme was Achieving Actual Outcomes; and head of Strategy and Communications at the Banking Council of SA, Abba Omar stressed, “Implementation, Implementation, Implementation”, when he presented the resolutions of the workshop on “Building and Enabling the State” before President Cyril Ramaphosa at the end of the day.

But methinks they did protest too much because despite this, in too many ways it felt like more of the same.

Our society is burning (literally), and yet… the same suits, the same laments, the same prescripts and the same bouquet of platitudes.

In addition, the same cushy conference centre, recycling big corporate money within the big corporate sector in a venue insulated from the struggles of the real economy. A step back from 18 months ago when Business Leadership South Africa (BLSA) held its Social Compact (does anybody remember that?), conference in Alexandra. The same format, except for the bells and whistles of a snazzy, but not very user-friendly conference app, alleged to be capable of harvesting delegates’ ideas and turning them into instant word clouds… tipping a hat to the Fourth Industrial Revolution.

Truth be told, South Africa need not be in such a deep crisis. This is God’s country, rich with vast economic potential, a huge untapped, but idle (through mass unemployment), human resource base and people as well as organisations brimming with ideas in need of investment. Every community has an innovator somewhere who needs investment.

Internationally, despite rumblings of recession, we are on the cusp of a new, global economic era with opportunities breaking out left, right and centre, if only we would seize some of them.

But the problem is that generally big business (they that control the narrative and the resources) exhibits very little imagination or signs of life outside the shiny corporate Sandton boxes. Not that there aren’t very real problems, but they are too easily satisfied with their own excuses for under-performance and show no sense of urgency or understanding of how finely balanced it is on a social precipice.

The elephant wasn’t even in the room as far as I could see. Pityana, for example, told the conference that, “inequality is an economic risk and it has escalated in the last 12 months”. This is borne out by a devastating UNDP Human Development report published in December 2019 that focuses on inequality; and a recent report from Oxfam. Not that we need any further evidence, it’s on every street corner. Even the International Monetary Fund (IMF) now states plainly that inequality is bad for business and that winter is coming.

And yet conveniently little of the indaba’s discussion focused on strategies to address inequality, or – perish the hearsay – that there might be markets in meeting the needs of the poor.

There are two linked problems. The first is that business thinks about inequality primarily as a moral, or political problem; and not as an economic obstacle that diverts purchasing power away from a potentially much larger market. Thus, although our country hosts 55-million people, as a market we’re not much more than a quarter of that.

The second is that the prevailing idea seems to be that inequality can be alleviated only by an elusive economic growth. But that’s about as sound as the trickle-down economics of Margaret Thatcher that left Britain as one of the most unequal countries in Europe and turned Boris Johnson into a rampant Keynesian (albeit a two-faced one).

Ramaphosa told the conference that South Africa shouldn’t be compared with similar middle-income countries that are doing much better than us, because the structure of our economy (from both a production and consumption point), had been so badly skewed by apartheid. There’s no disputing that.

But Ramaphosa comes from the same school of get-rich-quick-have-it-laid-out-for-you-on-a-plate economics as the rest of the Busa crowd. The truth is that it is within the carcass of the old failing economy, that we have an opportunity to start building new economies – and it’s here that imagination and innovation are most lacking among established business.

In truth, there is no shortage of ideas and opportunities for economic growth, but we have to be prepared to invest at numerous nodes and be patient. Sadly though, these ideas were not invited to the conference. Civil society organisations that marshal expertise in economic analysis and solutions, like the Centre for Competition, Regulation and Economic Development (CCRED), Trade and Industrial Policy Strategies (TIPS) and the Institute for Economic Justice were not present.

Business organisations may feel that these organisations are utopian, or even too left. But the truth is that when your own cupboard of ideas is bare, it would make business sense to look elsewhere.

Yet, in one promising way, the indaba was different.

Early in the day a group of five young – and I mean young – leaders, all of them black and two of them women, were invited onto the stage to “challenge delegates with new thinking”.

Thatho Mokoena, Kamal Rambaruth-Hurt, Neo Masala, Shaeera Kalla and Keorapetse Kalaote were each articulate, informed and forthright. My only criticism was that they were perhaps too polite.

They spoke of strategies that are needed to encourage a green economy and to adapt to as well as mitigate climate change. Ramabaruth-Hurt and Masala are both from the global student movement, Rethinking Economics, which is critiquing classical and neo-classical (never mind neo-liberal), economic orthodoxies. It has the active encouragement of some of the world’s most renowned economists and is latching onto ideas generated by economists like Oxford University’s Kate Raworth, author of the best-selling Doughnut Economics, Seven Ways to Think Like a 21st Century Economist.

Each of them appealed for different ways of doing business.

Kalla, one of the leaders of #FeesMustFall at Wits University, talked of the “need for a framework for creating economic value, rather than growth”, she called for a change to business culture and a “coordinated collaboration around enlightened interests”. Rambaruth-Hurt appealed for the government to trawl universities for their brightest and best to build a meritocracy at the public service of the Constitution.

Of course, in their allotted five minutes, it is hard to put forward detailed proposals, but the activists highlighted possibilities for a values- and human rights-based approach to the economy that needs much more debate.

The sad thing was that the ideas and values offered by the youth didn’t appear to carry into the rest of the conference’s deliberations, or its resolutions.

As for the government. That’s a story for another day. The indaba was attended by at least three Cabinet ministers – Pravin Gordhan, Barbara Creecy and Ebrahim Patel. They stayed and engaged constructively throughout the day, although I doubt they would have taken much from it other than a replenished store of platitudes and a sense of goodwill.

Ramaphosa came straight from the funeral of Richard Maponya, who he lionised, without suggesting that there might be a lesson in his life: How to build a successful business in the most difficult of circumstances. As is his wont, Ramaphosa listened diligently and his more than one-hour response was commanding and impressive. He demonstrated his potential to be a leader and a unifier again. But his cupboard is also rather bare, strange given that his Economic Advisory Council contains a number of forward-looking thinkers.

One wonders what they do, or what influence they have?

But for me, the bottom line was the one thing business delegates didn’t interrogate; the cost of the government’s austerity policies, how these are further constricting an already strangled domestic consumer market and thereby deepening the recession. Austerity is a major home goal for slowing economic growth, as Joseph Stiglitz has politely tried to tell us.

The conference called for a National Economic Recovery Plan and a Social Contract. It also called for a Presidential Commission on Climate Change (to report after the house has burned down?), and a carbon transition.

But what we really need is an end to ad-hocism and bandage economics. All the huff and puff of Tito Mboweni on Twitter won’t be enough to blow life into something that is fundamentally f*****: a shrinking domestic market, infrastructure that is collapsing everywhere from roads to dams to Eskom, a booming economy (in corruption), endemic tax evasion, and a jobs bloodbath.

If we are going to dig ourselves out of this crisis and prosper as a society, we need a government and business community bold enough to press “reset” on the SA economy; a Marshall Plan (with an appropriate SA title), that will involve substantial, but carefully calculated and monitored borrowing, private sector risk-taking, and a plan which garners the resources needed to simultaneously tackle all of SA’s social problems.

This needs real economists unconflicted by their business interests, or party loyalty.

You may groan and dismiss this as utopian, but the alternative was spelt out by Kalla who told delegates that “if we cannot figure out how to share in our value and wealth ‘creation’, we will share in its destruction”.

Which one is it to be? Or as Clint Eastwood’s 1970s movie character, Dirty Harry put it: “Being this is a 44 magnum and the most powerful handgun in the world, and would blow your head clean off, you’ve got to ask yourself one question; Do I feel lucky?”

Sharon Ekambaram: A versatile activist with a rebel spirit

No vacant posts for newly qualified teachers in Western Cape