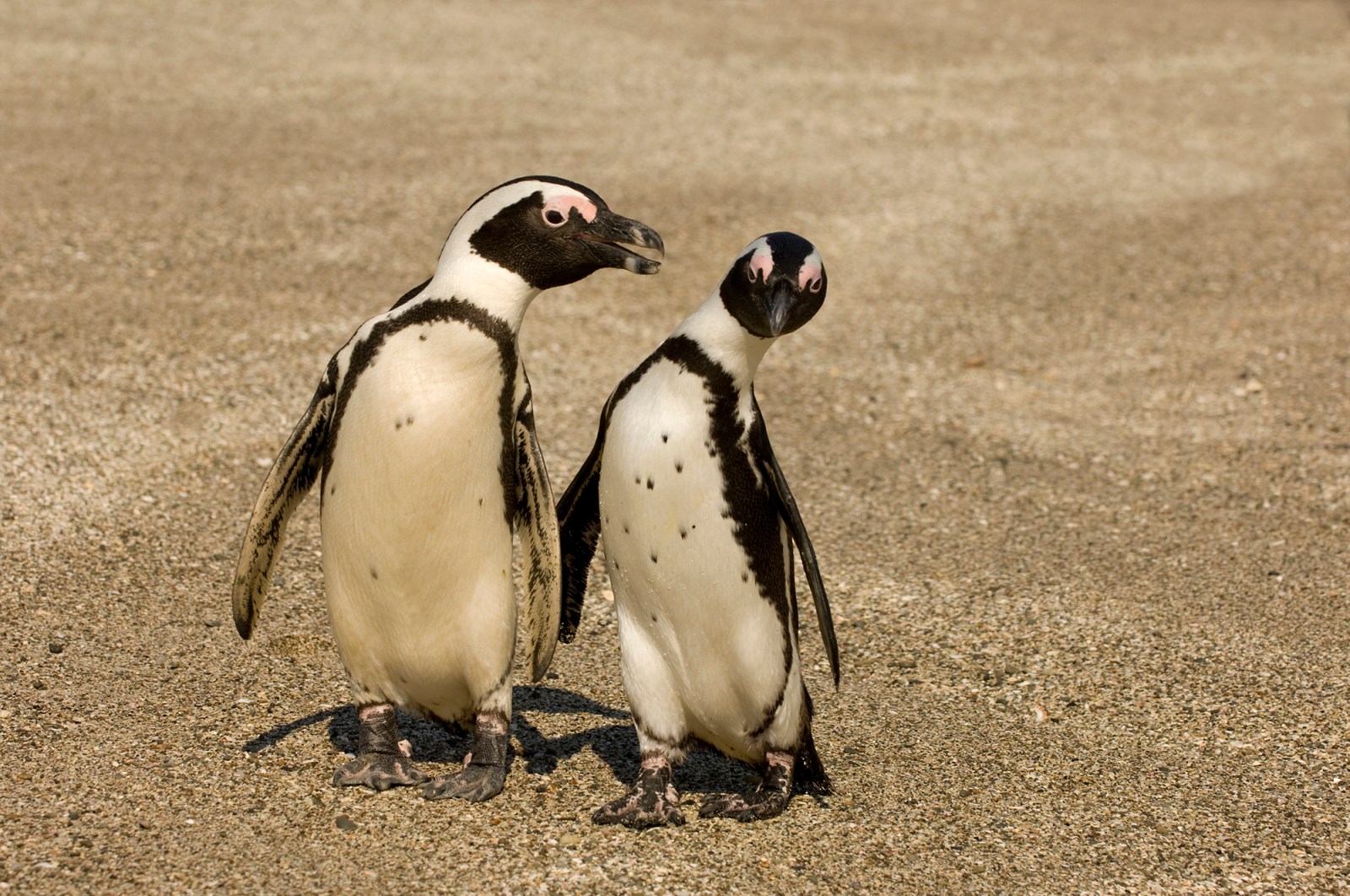 The latest count at the biggest African penguin breeding colony on Earth, St Croix Island in Algoa Bay, has shown a 45% drop in breeding pairs in the past five years. Conservationists are saying that industrial over-fishing, pollution and an increase in shipping activity due to bunkering are all contributing to the biggest drop in African Penguin numbers seen since monitoring began in the 1980s.

Environmental scientist, Ronelle Friend, has compiled a study showing the massive drop in breeding pairs of African penguins in Algoa Bay. The birds have two major breeding colonies in the bay at St. Croix Island and on Bird Island. Friend is also the co-founder of Algoa Bay Conservation, an organisation fighting to preserve biodiversity. She said the decrease did not occur “evenly” throughout the bay and added that this was the largest drop off in numbers in a single year since the 1980s when monitoring first started. Friend described this as “ecologically catastrophic”.

Friend explained that while a leading factor driving the penguins’ decline was food scarcity caused by industrialised fishing for sardines, she believed that it cannot alone account for the large decline in the number of breeding pairs.

“However, such a drastic demise over a short period of time, specifically the last year, indicates a more localised hazard that wrecked the habitat of specifically the St Croix Island penguins. This is evident as (in comparison) the contribution to the drop in numbers from Bird Island is very low. Bird Island is further away from the Port of Ngqura than St Croix Island.

“The only significant change that occurred in close proximity to St Croix Island, indeed less than 5km away, was the expansion of and pollution by Ship-to-Ship (STS) bunkering. During the last year, this ecologically dangerous refuelling operation in the anchorage areas of the Port of Coega has increased three-fold. The stress on the penguins in their foraging areas of more vessel movement in and out the anchorage area, more noise, more air pollution, more water pollution is definite,” Friend said.

Bunkering operations, allowing for ships to be refuelled at sea, commenced in Algoa Bay in 2016. In July 2019, more than 100 African penguins and other seabirds were oiled after a bunkering spill, of between 200 and 400 litres of oil, near the Port of Ngqura. The Liberian vessel Chrysanthi S was fined R350,000 following the spill.

Friend said it was becoming clear that the government’s plan to save the African penguin in Algoa Bay was not working.

“The penguin breeding pair numbers have decreased by 45% over the last five years. This indicates that the efforts and management plans that the department put in place did not work in Algoa Bay. Possibly the department did not accurately identify the threats to the penguins in Algoa Bay. In some areas, specifically in the Western Cape, penguin numbers have been more stable over the same time,” she added.

She said bunkering alone was, however, not responsible for the drop in numbers even though it was a major factor. “Penguins in Algoa Bay are also threatened by industrial overfishing of their food sources (mainly anchovies and sardines), and the pressure from polluted rivers (such as the contaminated Swartkops river). In addition, annual changes in the local fish abundance and a possible shift in the distribution of their food sources away from breeding colonies can also have a negative impact on penguin numbers. Also, the movement of vessels on the sea across their foraging areas and the associated noise and pollution (air and water pollution), can add pressure to the penguin population,” she added.

She said no environmental impact assessments were done before the commencement of bunkering services near St Croix Island. “The amount of fuel in the bunkering vessels on the surface of the sea is equivalent to the amount of fuel that 990 land-based fuel stations will issue in a month. If you want to set up one land-based fuel station, you need to do an EIA [Environmental Impact Assessment], but no EIA was required from the STS bunkering operators,” she added.

Late last year, the Department of Environment, Forestry and Fisheries issued a statement expressing “great concern” over the drop in African penguin numbers.

The department released its draft Biodiversity Management Plan for the African Penguin in October 2019.

The updated plan proposed new actions to conserve the species and halt the decline of the African Penguin in South Africa within its five-year timeframe and proposed plans to limit fishing around penguin colonies, and introduce zones for shipping and bunkering.

At the time, the plan came under fire by environmental and marine activists for not proposing that bunkering be halted in Algoa Bay altogether due to the close proximity of the St. Croix breeding colony. MC