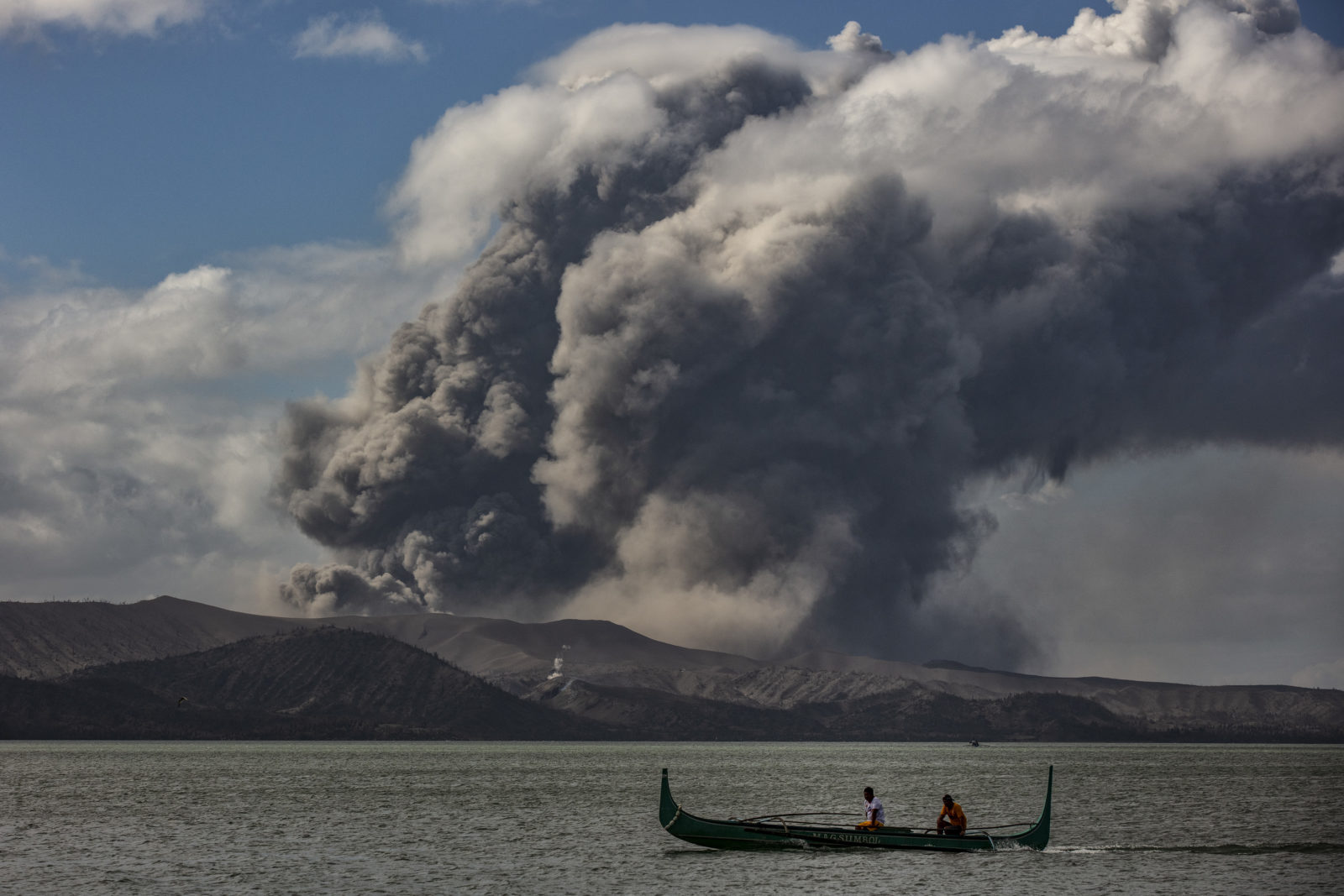 A fishing boat sails along a lake as Taal Volcano erupts on January 14, 2020 in Talisay, Batangas province, Philippines. The Philippine Institute of Volcanology and Seismology raised the alert level to four out of five, warning that a hazardous eruption could take place anytime, as authorities have evacuated tens of thousands of people from the area. An estimated $10 million worth of crops and livestock have been damaged by the on-going eruption, according to the country's agriculture department. (Photo by Ezra Acayan/Getty Images)

An incomplete and yet highly enjoyable gallery of the wild wild world.