Government and Business Unity SA talk, but avoid the two-headed elephant in the room 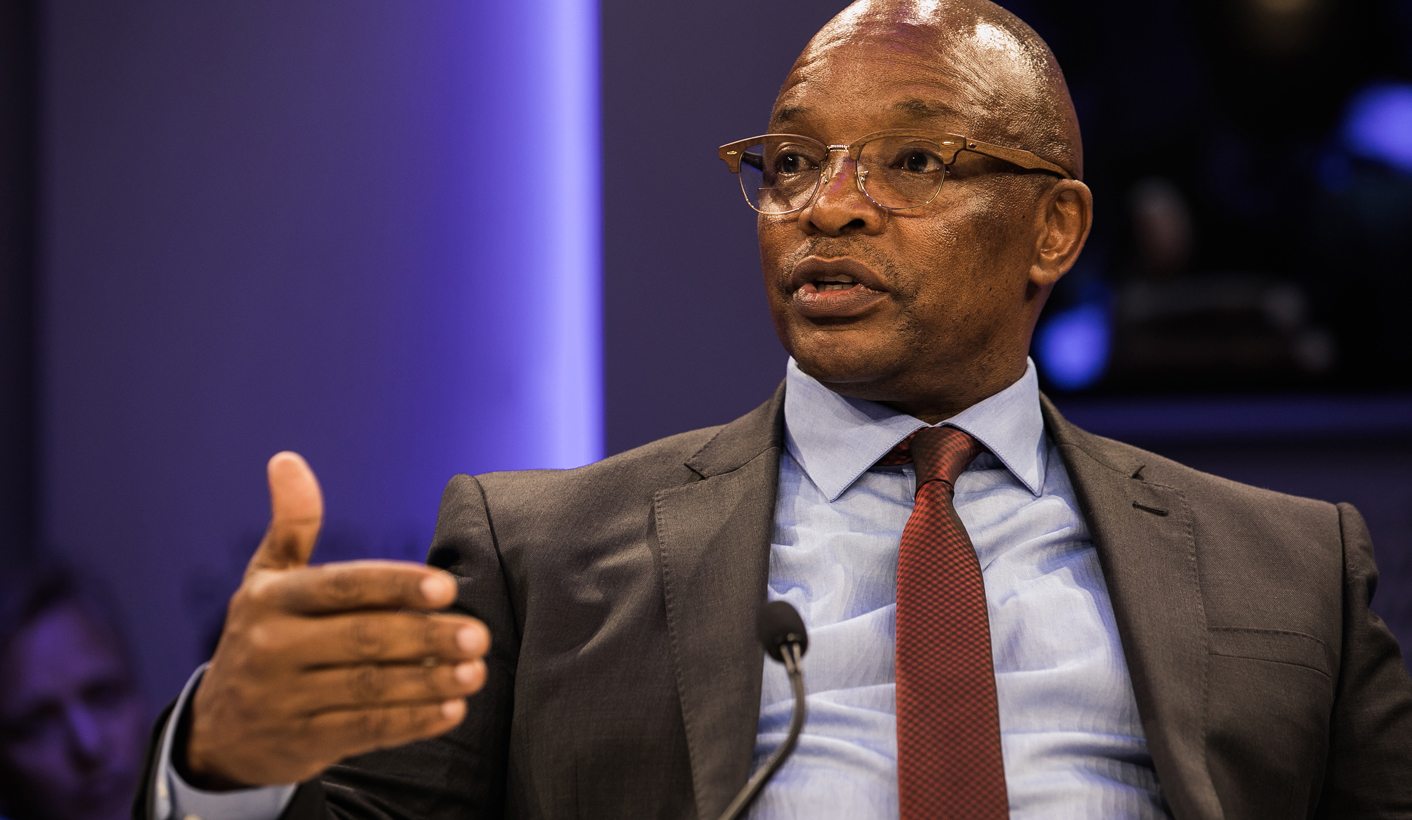 Every billion rand spent to bail out a state-owned enterprise could, once and for all, rid the country of pit latrines, go a long way towards building more homes, with indoor plumbing for the millions of people living in informal settlements, and provide better primary healthcare in rural areas.

South Africa faces an “unprecedented crisis”, Sipho Pityana, Business Unity SA president, has said, with the country being thrown into the longest economic downswing since 1945. Speaking at the 2020 Business Unity South Africa Business Economic Indaba at the Sandton Convention Centre on 14 January 2020, Pityana pointed out that the inertia in government, as referred to in this space last week, is cause for deep concern.

More specifically, Pityana said: “We… have enough technical committees, task teams, presidential commissions – including the planning commission whose recommendations gather dust in the presidency – summits, conferences and lekgotlas [meetings], etc. Too many processes and little or no action.”

This is a fair set of comments. But there is a polycephalic (two-headed) elephant in the room, which everyone in business and (especially) government are, at best, hesitant to discuss. Maybe they are discussing it behind closed doors – though this is doubtful.

One of these “heads” of the polycephalic elephant is an apparent fear of unprecedented blowback led by the putative formation of revolutionary populists comprising the EFF-Numsa-Magashule Axis. This blowback will no doubt follow if the government does not implement policies that are based on revolutionary Marxist-Leninism (yes, never mind its failures and veritable chaos and collapse over the past three decades – there are still people who believe in revolutionary Marxist-Leninism), and policies that promote deregulation in sectors like SAA and Eskom that remain on life support.

Ideological Rigidity is an Immovable Beast

Here, one should include a massive caveat. Deregulation is no guarantee of success. Excessive deregulation is what sparked the global recession of 2007/2008, and austerity is just callous and tends to reproduce poverty, misery and precarity. Nonetheless, as things stand, ideological rigidity is the only reason for holding on to state-owned enterprises in South Africa, notwithstanding the fact that it is staffed by unskilled, incompetent cadres, managed by political appointees (in most cases as part of the ruling alliance’s deployment of cadres policies), and it is a drain on the fiscus.

For purely ideological reasons, they will resist government implementing policies that include getting South African Airways off its books, fast-tracking the unbundling of Eskom, and getting on with driving the energy mix detailed in the integrated resource plan (IRP2019) for electricity. Setting aside the maladministration, and workers who don’t know the difference between a hammer and a spanner (but have an ANC membership card), South African Airways and Eskom have been feeding troughs for the ruling alliance and their friends.

To understand the social impact of this, consider the following: Every billion rand spent to bail out a state-owned enterprise could, once and for all, rid the country of pit latrines, go a long way towards building more homes, with indoor plumbing for the millions of people living in informal settlements, and provide better primary healthcare in rural areas. Just let that sit with you for a while, dear reader.

These realities notwithstanding, we may expect some time after the Budget speech a rising axis of populism made up of the EFF, Numsa, and a faction of the ruling alliance – with the strings being pulled from an office in the ANC’s headquarters. The populist axis would, no doubt, include staff riders; people (like Andile Mngxitama, or Carl Niehaus) who, quite expediently, catch a ride on a moving vehicle or a train. (We used to call it lenga).

We may also expect people like Distinguished Professor Patrick Bond, Zwelinzima Vavi, and Neil Coleman to be part of the resistance against recurrent bailouts of SoEs, and redirecting funds to social upliftment. Evidence suggests that they care only about retaining SOEs – for ideological reasons. They have simply run out of answers, and seem quite unable to move their policy ideas out of the 1960s, or worse still, out of the English Midlands of the 1800s.

A Small Circle of Trust

The second head of our polycephalic elephant in the room is a combination of fear and uncertainty. When together, it goes something like this. President Cyril Ramaphosa has a small group of Cabinet ministers he can rely on – politically. The most prominent among them are Finance Minister Tito Mboweni; Minister of Public Enterprises Pravin Gordhan and the Minister of International Relations and Co-operation, Naledi Pandor.

This is not to say that people like Minister of Environment, Forestry and Fisheries, Barbara Creecy or the Minister of Public Works and Infrastructure, Patricia de Lille, cannot be relied on. Their problem is that they are politically weak. One apparent reason for the apparent stasis may be that Ramaphosa fears a palace coup, or in the lexicon of the ruling alliance, he fears being “recalled”.

As it goes, he has four years left to lift the economy (attract investment, create jobs, reduce inequality, uplift millions from poverty) before the populism of Julius Malema, with his stock-in-trade promises of more money, more homes, more land for everyone, will erode the ANC’s tenuous hold on power.

Worse still is that Malema may be joined by ANC members whose continued presence (livelihood) depends on their seats on Parliament’s backbenches. A backbencher of the ANC can become a frontbencher of the EFF.

I should probably be cautious in saying this, but the Presidency itself needs an overhaul with a return to something similar to the Policy Co-ordination and Advisory Services (PCAS) – led by someone with demonstrable insights into political economy, state and society and public policymaking.

It might be impossible to get Khathutshelo Netshitenzhe back to head a renewed unity, but its first objective should be to hold the feet of National Planning Commissioners to the fire (I would recommend a truncation of current tenure of the lot, and recreation of the commission under direction of someone who has the intellectual standing, and the trust and integrity of Netshitenzhe).

In sum, then, we seem to be going nowhere fast because President Cyril Ramaphosa has too small a circle of people he can trust, in part because he always has to keep an eye on people who want him out (recalled or redeployed or whatever) while, in the meantime, populist forces are scheming to make the country ungovernable. They continue to petition for holding on to SoEs that are a drain on the fiscus, for the removal of people (like Pravin Gordhan) who have deep knowledge of the misdeeds of the most odious characters on the political landscape.

If there is any consolation, it would be that Ramaphosa is a profoundly strategic thinker. As a journalist, I have followed his passage since the early 1980s, through the early 1990s, during the preparation of the National Development Plan between 2010 and 2015.

It’s a great pity that a mass clearout of people who are incompetent, unskilled, unethical, destructive, who are the only ones who believe in their intellect, who are, themselves, wedded to outdated “democratic centralism” in decision-making, and, well, who wear shoes that are twice their size, would cause more damage, send more people into unemployment, dragged out legal processes (costing the state a lot of money while making advocates wealthy), and destabilise public administration.

That is besides the fact that it would too closely resemble the politics of purges that marked the Nazi regime’s purging of Jews from the German civil service; Mao’s Cultural Revolution; Stalin’s purges, and the “legal purging of “Vichystes” – people who were accused of having been collaborators during World War II.

Globally, since the end of the Mbeki government, the blot on South Africa’s copybook has grown quite significantly. Purges would simply add to that stain. For now, we wait. DM