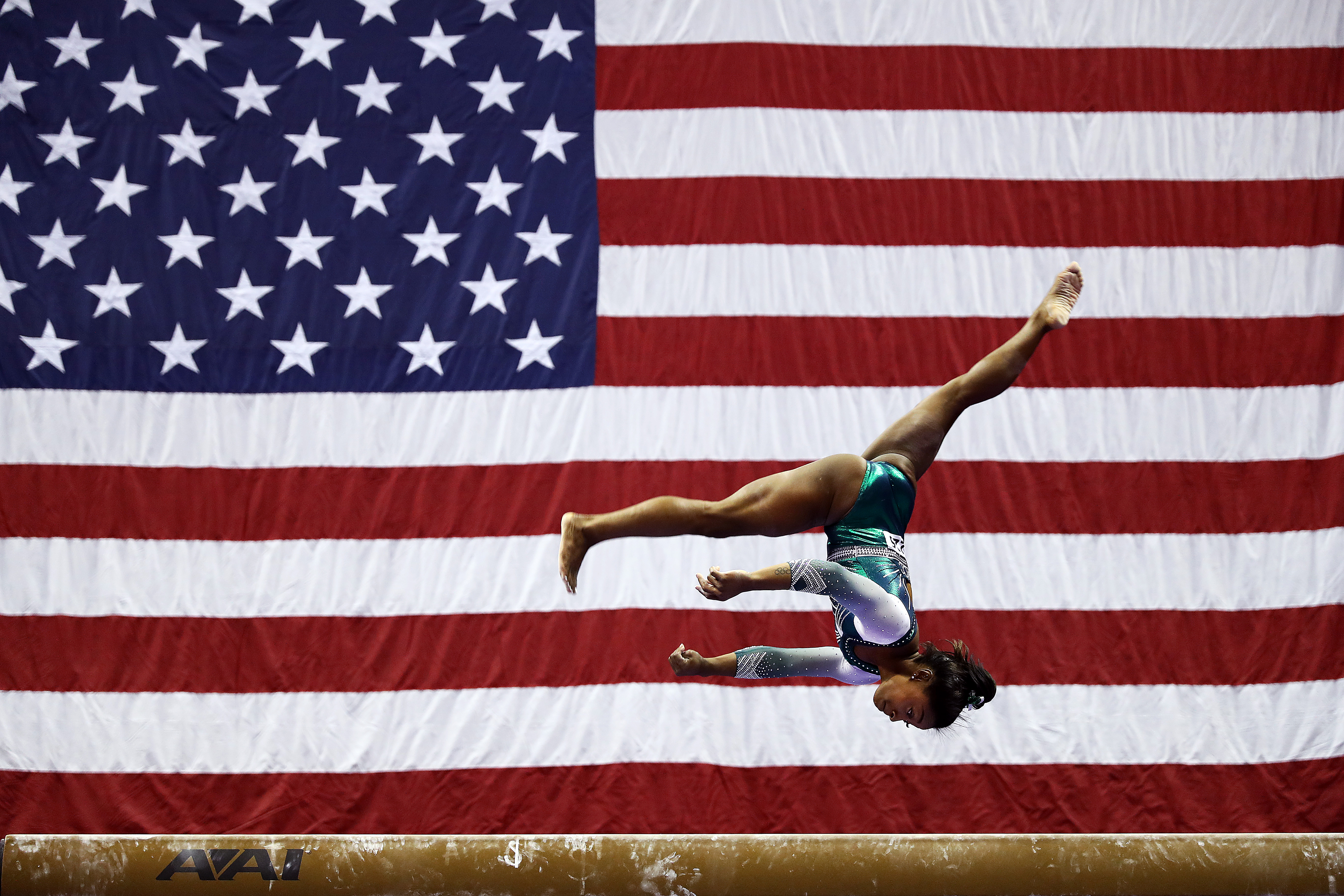 Simone Biles competes on the balance beam during the Senior Women's competition of the 2019 U.S. Gymnastics Championships at the Sprint Center on August 09, 2019 in Kansas City, Missouri. (Photo by Jamie Squire/Getty Images)

Ever felt, year after year, like the clock’s ticking faster, and that December arrived just as you finished writing down your list of the previous year’s resolutions? It’s not just you.

If your 2019 flew past you like a meteorite falling to the Earth, it’s not because of the frantic pace at which Donald J Trump tweets/lies (in 2019, he tweeted an average of 15 times a day; all in all, he lied on average 23 times a day); it’s simply because, as Professor of Mechanical Engineering at Duke University Adrian Bejan explains in Quartz, “the present is different from the past because the mental viewing has changed, not because somebody’s clock rings.”

This means that our perception of time depends on “the number of mental images the brain encounters” – the more stimuli, the less time seems to fly. Quartz journalist Ephrat Livni adds: “When you are young and experiencing lots of new stimuli – everything is new – time actually seems to be passing more slowly. As you get older, the production of mental images slows, giving the sense that time passes more rapidly.”

As children, we are introduced to and experiencing new things all the time, giving us a sense that time is stretching and slowing down. Because our memory is also a gauge of how we perceive time passing by, the more recorded memories we have, the longer the period seems; this theory was introduced by a psychology writer Claudia Hammond, the author of Time Warped: Unlocking the Mysteries of Time Perception. She says: “The same happens as we get older and time starts to speed up. There are fewer memories of new things, and we do the same things more and more often.”

Looking back at 2019 though, and many stimuli we had, regardless of the age, from massive protests and marches that drew thousands of people into the streets of Hong Kong, London, Paris and Chile, to mass climate crisis gatherings and strikes around the world, it was a year of intense political ‘snit’ – “a state of agitation” according to the Merriam-Webster that also declared ‘snitty’, aka “disagreeably ill-tempered”, one of the ten 2019 Words of the Year. US Attorney General William Barr used ‘snitty’ to describe the letter Special Counsel Robert Mueller sent to him after the release of his report and the word made it to internet posterity.

Aside from the usual political news, here is an incomplete yet fascinating recording of some of the other news that happened this year, according to On This Day.

In January, the polar vortex brought extremely cold temperatures and prompted state of emergency in some US states; in Austria, same-sex marriage became legal, and in India, millions of women created a 300-mile ‘Women’s Wall’ across the state of Kerala, in support of allowing women’s access to the temple of Sabarimala.

The following month, Australia recorded its hottest month, according to the Bureau of Meteorology; over 40 mummies from 323-30 BC (men, women and children) were found at a ‘maze of tombs’, south of Cairo, in Egypt; Pope Francis eventually admitted that clerics have sexually abused nuns; and 2018 was named by NOAA and NASA as the 4th warmest year on record.

In March, Bugatti presented its most expensive car ever built, La Voiture Noire, sold at $19 million (only one will be made); Queen Elizabeth joined Instagram via the Royal Family account; and school children’s climate crisis marches, inspired by Greta Thunberg, were held around the world.

Between April and May, scientists captured the first image of a black hole; ‘Game of Thrones: The Long Night’ had the longest battle ever screened – it lasted nearly 80 minutes; Tiger Woods took his fifth US Masters title; Taiwan became the first nation in Asia to legalise same-sex marriage; and Zambian-born South African Saray Khumalo was the first black African woman to conquer the summit of Mt Everest.

June and July were marked by the Sahara heatwave that (again) sent temperatures to record levels in Europe; in Japan, a movement behind hashtag #KuToo was sparked to end compulsory high heels in workplaces; after 80 years, Volkswagen stopped the production of its iconic Beetle in Mexico; Missy Elliott became the first female rapper to be inducted into the Songwriter’s Hall of Fame; and Novak Djoković won the longest ever Wimbledon final, defeating Roger Federer in 4 hours and 57 minutes.

Beating any logic, measles cases tripled worldwide in 2019, said the World Health Organization in August; meanwhile, Iceland held a funeral for the first glacier lost to climate change at site of Okjökull; and the outlook for the Great Barrier Reef downgraded to very poor, according to an official Australian report. In September, abortion is finally decriminalized in New South Wales, Australia. It was the last remaining Australian state to do so.

In October, fires raged in the Amazon and hurricane Dorian hit the Bahamas; Billy Porter became the first openly gay actor to win an Emmy for lead actor in a drama series for ‘Pose’ (and the first to be nominated for it); and at 22-year old, Simone Biles became the most decorated artistic gymnast of all time, men and women combined.

In November, a painting that had been “stored unrecognized” in the town of Lyon, France, is sold for about R75 million by auction house Artcurial. The painting, Lucretia, by female baroque Italian painter Artemisia Gentileschi, shows a woman about to kill herself after being raped; and on the 28th, the European parliament finally declares ‘a climate emergency’.

The year closed with the December crowning of Zozibini Tunzi as Miss Universe 2019; Miss World was won by Miss Jamaica Toni-Ann Singh and it was the first time all five major beauty titles were held by black women.

The 2019 Google Year in Search, confirmed that the Rugby World Cup topped it all, followed by some utmost important questions: ‘How to floss dance’, ‘What is quid pro quo’ and ‘what is Brexit’ (yes, again). And also, the ‘Noom diet’ (aka “a personalized weight loss plan available through the phone app of the same name”), and ‘Steampunk style’ (a retro-futuristic aesthetic dipped into the Industrial Revolution).

And finally, in the pantheon of mighty words, TIME and Daily Maverick’s 2019 International Person of the Year, activist Greta Thunberg beautifully trumped Trump by changing her Twitter bio to: “A teenager working on her anger management problem. Currently chilling and watching a good old fashioned movie with a friend”.

And British Prime Minister Boris Johnson summed the year up quite aptly: “Do or die, come what may.” Here comes 2020. ML