The Good, the Bad and the Bubbly – confessions of a foodie’s wife 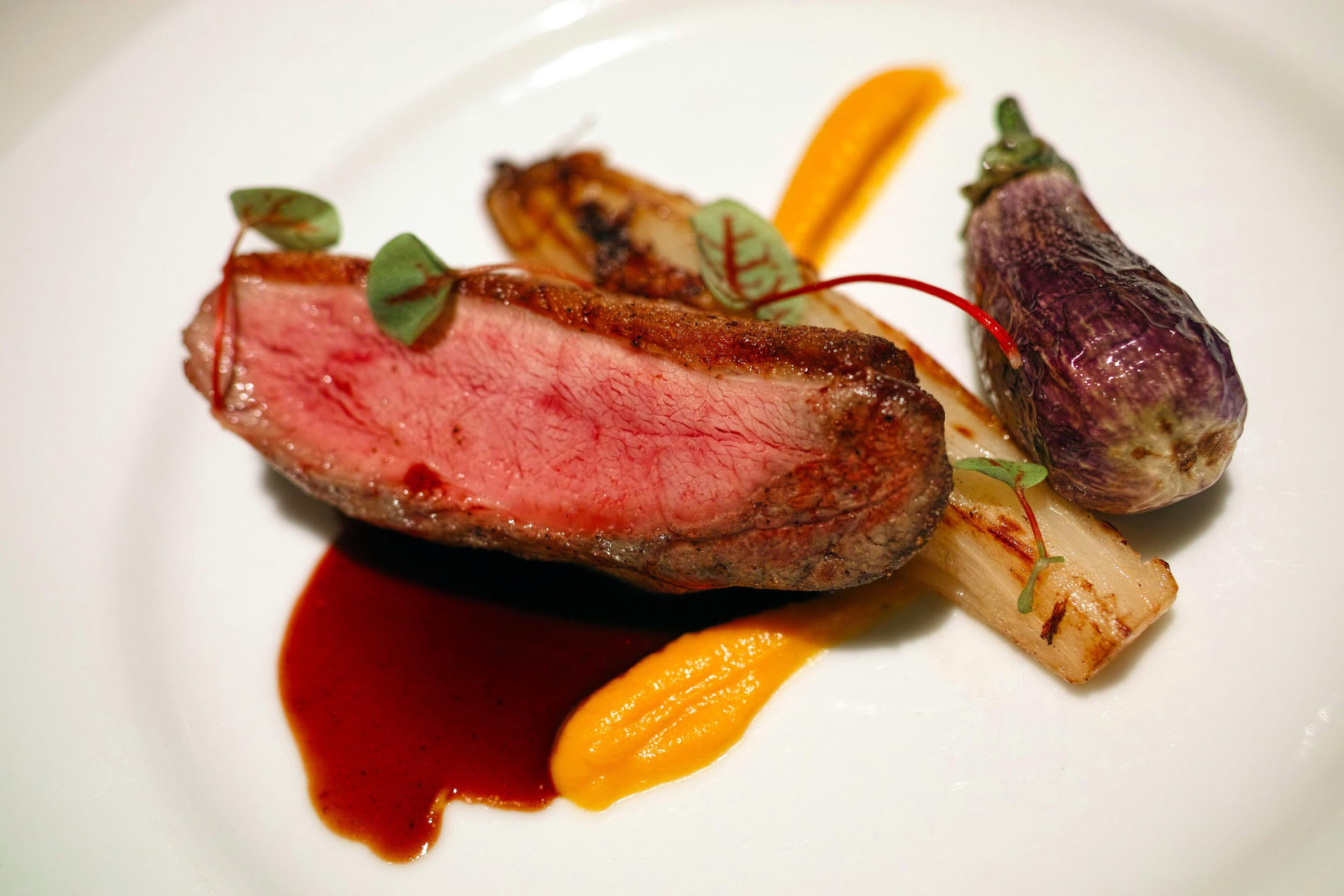 Rare duck breast. At least it's not garnished with deep-fried grapes. Image by takedahrs from Pixabay

Why would anyone deep-fry a grape? And why sun-dry a tomato? Then consider the patty pan: A nasty little tasteless veg that even when doused in garlic manages to triumph over the seasoning.

When I was 12 years old, I read that a man or woman condemned to die for a crime was given a last meal of their choice. Morbidly, I wondered what I would choose before going to the gallows should I murder Sister Monica, the demon nun at my school, and I settled on steak, egg and chips.

Nothing has changed. I am still a steak, egg and chips girl. But I married a foodie – in the interests of disclosure, I married Tony Jackman – and have been subjected to the horrors of food fads, chef’s tables, gourmet eight-course menus (in which nothing on the plate was larger than a 50c-piece) and cooking experimentation ever since.

I have never eaten a meal in a restaurant without pausing for it to be photographed, causing me to react strangely when my host at a dinner party urges me to tuck in “before it gets cold”.

I ask you to consider brains, tentacles, offal, tongue and beetroot as just some of the horrors.

Yes, beetroot. It is today’s wonder food and I can’t wait for it to go the way of patty pans and sun-dried tomatoes. I have loathed it since I was a child and now it is in everything from soufflés to salads, sauces to quiches. I expect to find it stuffing a chicken any day now.

Why would anyone deep-fry a grape? Oh yes, that was a signature side at Floris Smit Huijs, a restaurant in Cape Town in the Eighties named after the Dutch burger who originally lived there.

And why sun-dry a tomato? The result was a sour, dry mess, a travesty of a juicy delicacy that enhances almost anything. I suspect it was a conspiracy by the pizza chains that somehow crossed over into fine dining.

Then consider the patty pan: A nasty little tasteless veg that even when doused in garlic manages to triumph over the seasoning.

At the top of the torture chain is the chef’s table, usually round and seating 10 to 12 people, none of whom you have met and most of whom have fake French accents. Many of them will wear that ridiculous little tin cup worn around the neck which is the medal of members of the Chaîne des Rôtisseurs.

All this comes with a fresh hell called the wine pairing – in other words, wine not of your choice and designed to complement the equally incomprehensible items on your plate. And there is never enough of it. For some reason you are supposed to have no more than two fingers of wine in your glass. How the hell do you have a good slug? Coarse drinkers will shudder at this point.

Over 40 years I became adept at finding the wine waiter and saying that under no circumstances was he or she to deviate from the dry white in my glass – garçon, just keep the Sauv Blanc coming and there’s something in it for you. (I sometimes bribed them in advance – Ed)

A tipple of my choice and the usually decent sparkling wine at the start of the meal, often with something sweet tossed into it to ruin the taste, kept me from actual drooling madness. That and the lovely Lannice Snyman who, despite all the pretentiousness surrounding her chosen line of work, was a real mensch. She fixed me with a stern eye on the first occasion that she noticed my discomfort and said “suck it up”.

And boy did I. Eggs cooked for 24 hours in a plastic bag (with peas), oysters in grimy shells that glowered at me from beds of ice, fish roe that resembled the unthinkable and dinners that celebrated the entire beast – from tusk to tail.

Is that even legal?

Clearly the food world has to cater to the tastes of the more adventurous and discerning than I. I get that. I can eat curry that would make your eyes water because my mother had an Indian cook when I was growing up. I love spices and, above all, a good Durban curry. My palate is not entirely undeveloped but it has gone as far as it is going.

I learned to eat and love calamari; having an Italian father meant that I loved good pasta sauces. And who could turn up their nose at crusty bread with real butter, served with excellent cheese, olives and yes, luscious un-dried tomatoes? (Yes, she means un-dried – Ed)

I grew up at the coast where fish was abundant and cheap and didn’t like it but I have come to enjoy delicate sauces with it and varieties that I thought only came in tins. Just throw in a chip and I’m yours.

But then there is the crayfish. No, never. You can disguise it in a salad or cocktail of pink sauce, serve it in a tail with tongs to extract the “good bits” or even hide it under a dollop of caviar, but I will never ingest it. Why? In 1969, when I was a baby reporter on the Daily News in Durban, as part of a weird initiation I was taken with a news team to the Durban docks to watch a suicide’s car being pulled from the water. As the car emerged, the woman seemed to sit up – she lived! But closer inspection found that she was covered in crayfish and their attempts to abandon their dead prey was what I was seeing.

Have you seen the prices people pay for that crustacean – all because the market convinced them that it was a delicacy. (I gave up arguing with this long ago – Ed)

I have of course eaten some marvellous meals along the way and met people whose passion for food is very real and touching. Tony’s writing has taken me to the food palaces of London and New York or bistros in small continental towns where the omelette is still celebrated and bread is real.

I am privileged to know, among others, food guru Peter Veldsman, Gordon and Rose Wright and their drive for the slow food revolution centred on Graaff-Reinet, Derek Carstens who understands ethical hunting and provides terrific meat, and Peter Weetman whose Cape Town bistro, Societi, is my food Mecca.

For the memorable occasions, I suffered the endless dinners where tiny slivers of meat with sauce as decoration, as opposed to sustenance, were served to gasps of enthusiasm. I endured blackened leaves thrown over my savoury mousse and whatever the herb du jour was flavouring my bleeding duck breast.

But the way I see it, there was always the bubbly.

That and the comfort of a steakhouse nearby. DM