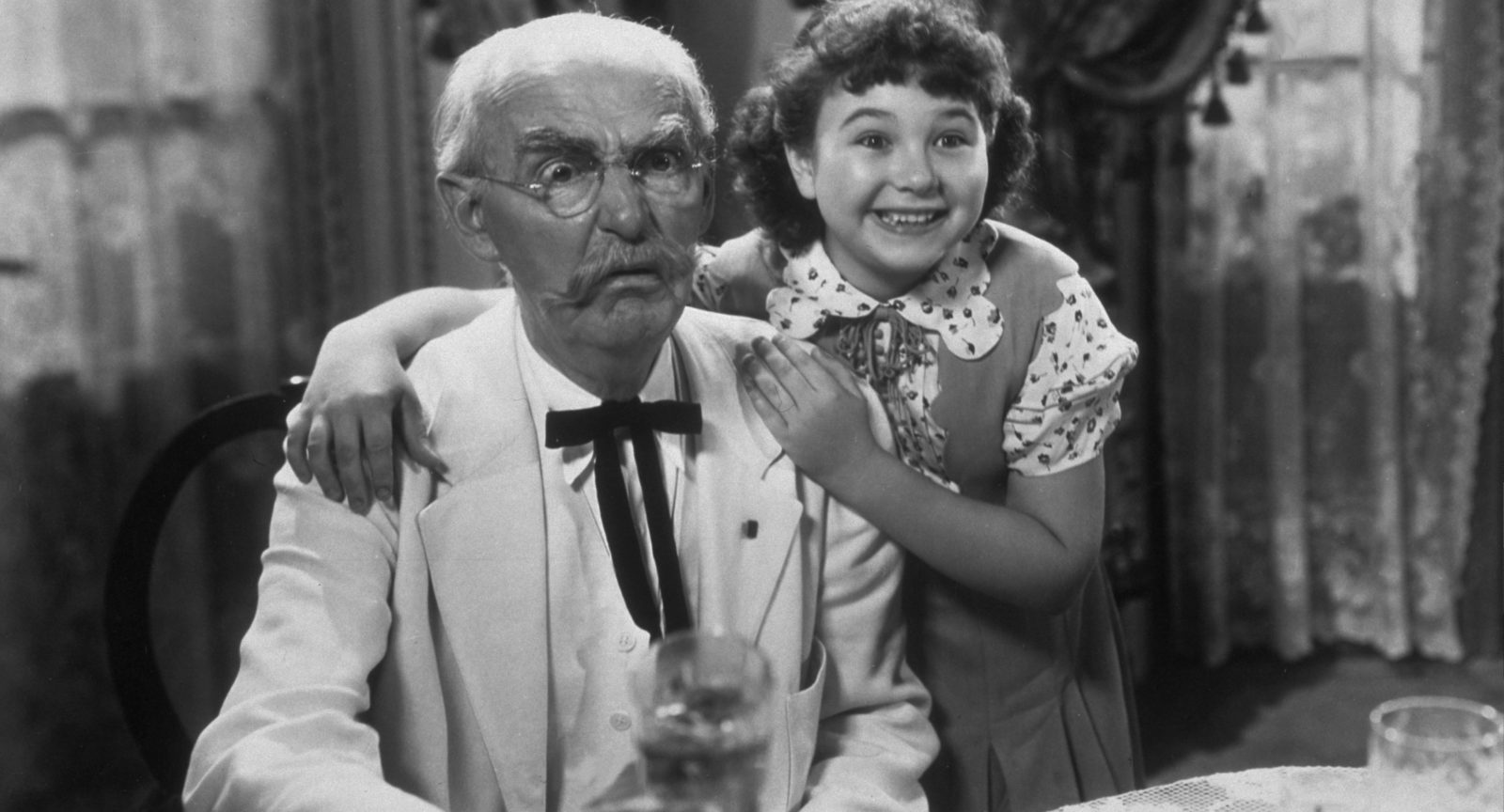 circa 1936: Claude Gillingwater and Jane Withers from the film 'Can This Be Dixie'. (Photo by Hulton Archive/Getty Images)

“OK Boomer” has been making the rounds on the web for a few years already, especially among young people; but it recently became viral when, in November 2019, 25-year-old Chlöe Swarbrick, of the New Zealand Green Party, gave a striking speech about climate change in parliament – urging the country to reduce its carbon emissions to zero by 2050 – and was interrupted by the opposition spokesperson for climate change, Todd Muller. Swarbrick promptly dismissed his comment by saying: “OK boomer”, sending the expression into social media viral super-space and offending quite a few Baby Boomers along the Twitter feed.

She later explained in an essay for The Guardian, “My ‘OK boomer’ comment in parliament was off-the-cuff, albeit symbolic of the collective exhaustion of multiple generations set to inherit ever-amplifying problems in an ever-diminishing window of time. It was a response – as is par for the course – to a barrage of heckling in a parliamentary chamber that at present turns far too many regular folks off from engaging in politics.”

She was followed a few weeks later by Matt Gaetz, one of President Donald Trump’s loyal devotees, who used “OK boomer”, in response to presidential counsellor Kellyanne Conway. Conway had mumbled her opposition to legalising marijuana, arguing that, “The TCH components are much stronger.” To which Gaetz fired back: “That’s a very boomer approach to marijuana, for no other reason than it’s THC, not TCH, and I think her reflection shows a real ignorance to the science.”

If “OK, boomer” did strike a sensitive chord with boomers, some even calling it “the N-word of ageism”, the phrase was meant to express a sentiment of fatigue shared by Millennials and Generation Z over climate change, pollution and the world’s inequalities; issues, they felt, that were mostly inherited from past generations, and mainly from the Baby Boomers. The dispute also spoke about a more general trend between older and younger groups of people with seemingly opposing world perspectives, arguing for better times, improved living conditions, and whose responsibility it is to fix the world’s most pressing issues.

But since generations have been labelled, the young vs old scenario seems to have turned into a generational stand-off.

Labelling generations is somewhat recent: Baby Boomers, born between 1946 and 1964, were the first generation to get a “name”, when, following World War II, birthrates rocketed (that time was called the Post-War Baby Boom).

The United States Census Bureau is credited for the name Baby Boomers, but Matt Rosenberg, a professional geographer and writer, explains that “the naming of generations began in the 20th century”, with poet, author and salon hostess Gertrude Stein famous for being the generation name-dropping pioneer.

A sort of ancestor of the socialite, Stein held salons that brought together the crème de la crème of art and literature, such as F Scott Fitzgerald, Ernest Hemingway and EE Cummings. After World War I, she famously sent a letter to Hemingway after he published The Sun also Rises, saying, “You are all a lost generation.”

After the Baby Boomers, each generation got a name (some retroactively); in addition to government bodies, marketing agencies found it handy to box people into catchy categories to sell them more pertinent products. Generation X, Millennials and Generation Z were born, leaving their mark in demographic and consumer studies.

Although label-giving is not an exact science, a generation is said to span two decades. Today, advertising agencies or, as NPR journalist, Samantha Raphelson explains, historians such as Neil Howe, who coined the term “millennial” in the 1991 book Generations, seem to be the ones picking the names. Demographic and consumer markets expert Peter Francese explains in Mental Floss that, “They throw stuff at the wall and see what sticks. Generation Y was too difficult to say, too hard to brand, it didn’t have the cachet, it didn’t have the spark of Millennials”.

The Pew Research Centre released a study in March 2018, written by Richard Fry, Ruth Igielnik and Eileen Patten, which showed that, “The past five decades – spanning from the time when the Silent Generation (today, in their 70s and 80s) was entering adulthood to the adulthood of today’s Millennials – [had] seen large shifts in U.S. society and culture.”

So, what are the different generation names?

Following in the steps of the GI Generation, and known to have “discipline and strong work ethics”, the Silent Generation included babies born during communism, McCarthyism and World War II (between 1925 to 1945); it is also called the Lucky Few or the Traditionalists because, apparently, of their strong family sense.

Born between 1946 and 1964, the Baby Boomers are directly linked to the birth rate in the US that went from 2.4/2.8-million births per year to 3.47-million. Boomers are said to symbolise counter-culture and anti-Vietnam war movements, even bearing the name the Rock ’n’ Roll Generation for a while. But with the baby boom and the dramatic rise in births came an increase in production and consumption…

Coming on the heels of the Baby Boomers, babies born between 1965 and 1982 are part of Generation X. They are known, “for the sort of rise of a jaded cultural malaise”, says Vox reporter Aja Romano, and to be more disillusioned than their generational predecessors (Generation X was also Billy Idol’s band).

Born between 1980/1982 and the late 1990s (2000), Millennials are also referred to as eco-boomers (the babies of baby boomers). In her book Generation Me, psychologist Jean Twenge claimed that Millennials showed more entitlement and narcissism than previous generations, although that claim has been widely criticised. Gen Z is the first generation to be born entirely in the era of the internet (and social media) between 2000 and next year.

Each generation faces its own sets of issues and social challenges that will be blamed on previous generations. And as climate change has turned into climate crisis, these issues might feel, more than ever, particularly overwhelming.

As gonzo journalist Hunter S Thompson said, “I am surprised and embarrassed to be a part of the first American generation to leave the country in far worse shape than it was when we first came into it.” ML