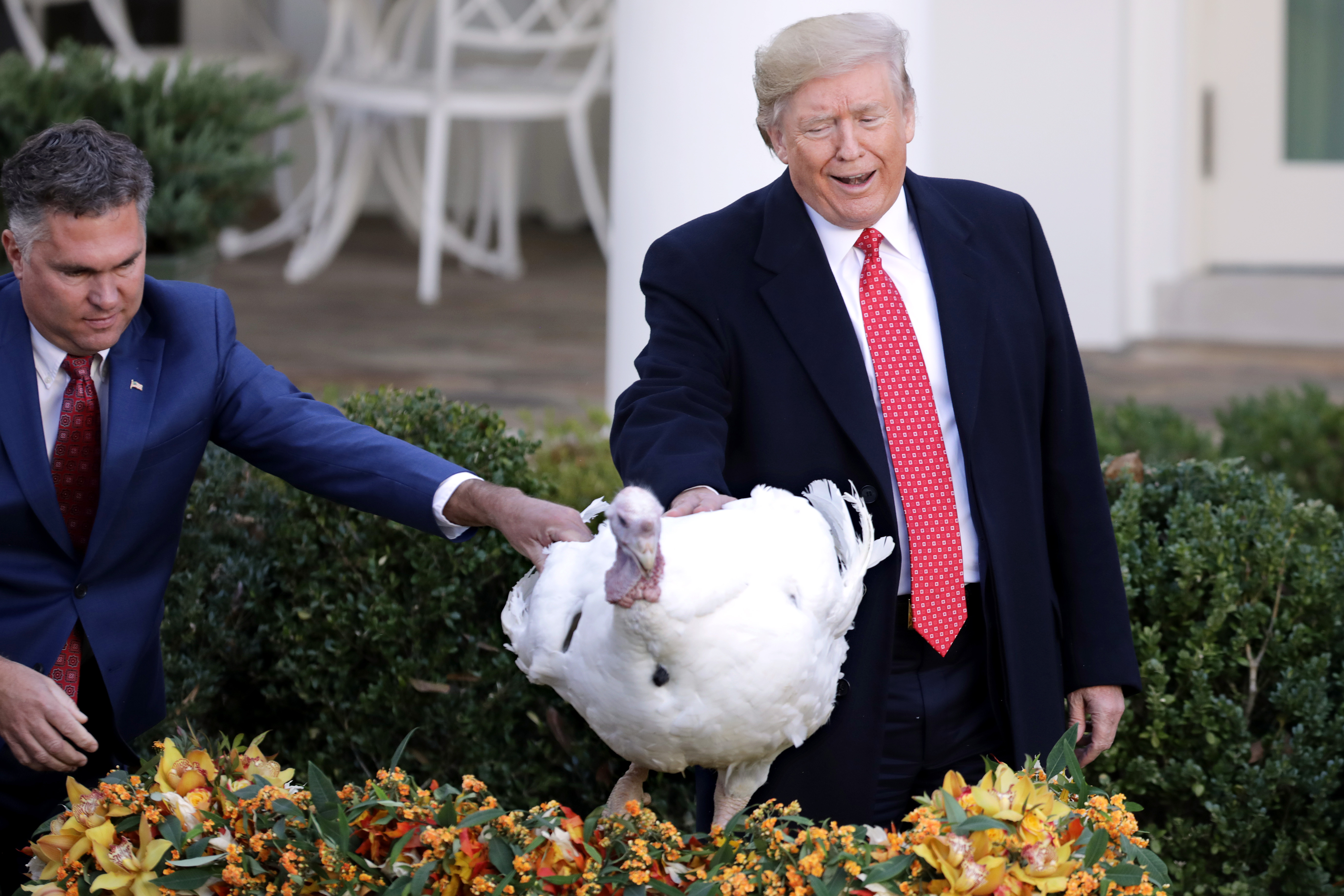 U.S. President Donald Trump gives a presidential ‘pardon’ to the National Thanksgiving Turkey 'Butter' during the traditional event in the Rose Garden of the White House November 26, 2019 in Washington, DC. The turkey pardon was made official in 1989 under former President George H.W. Bush, who was continuing an informal tradition started by President Harry Truman in 1947. Following the presidential pardon, the 47-pound turkey which was raised by farmer Wellie Jackson of Clinton, North Carolina, will reside at his new home, 'Gobbler's Rest,' at Virginia Tech. (Photo by Chip Somodevilla/Getty Images)

An incomplete and yet highly enjoyable gallery of the wild wild world.