The agony and the ecstasy: Making recreational drug use safe 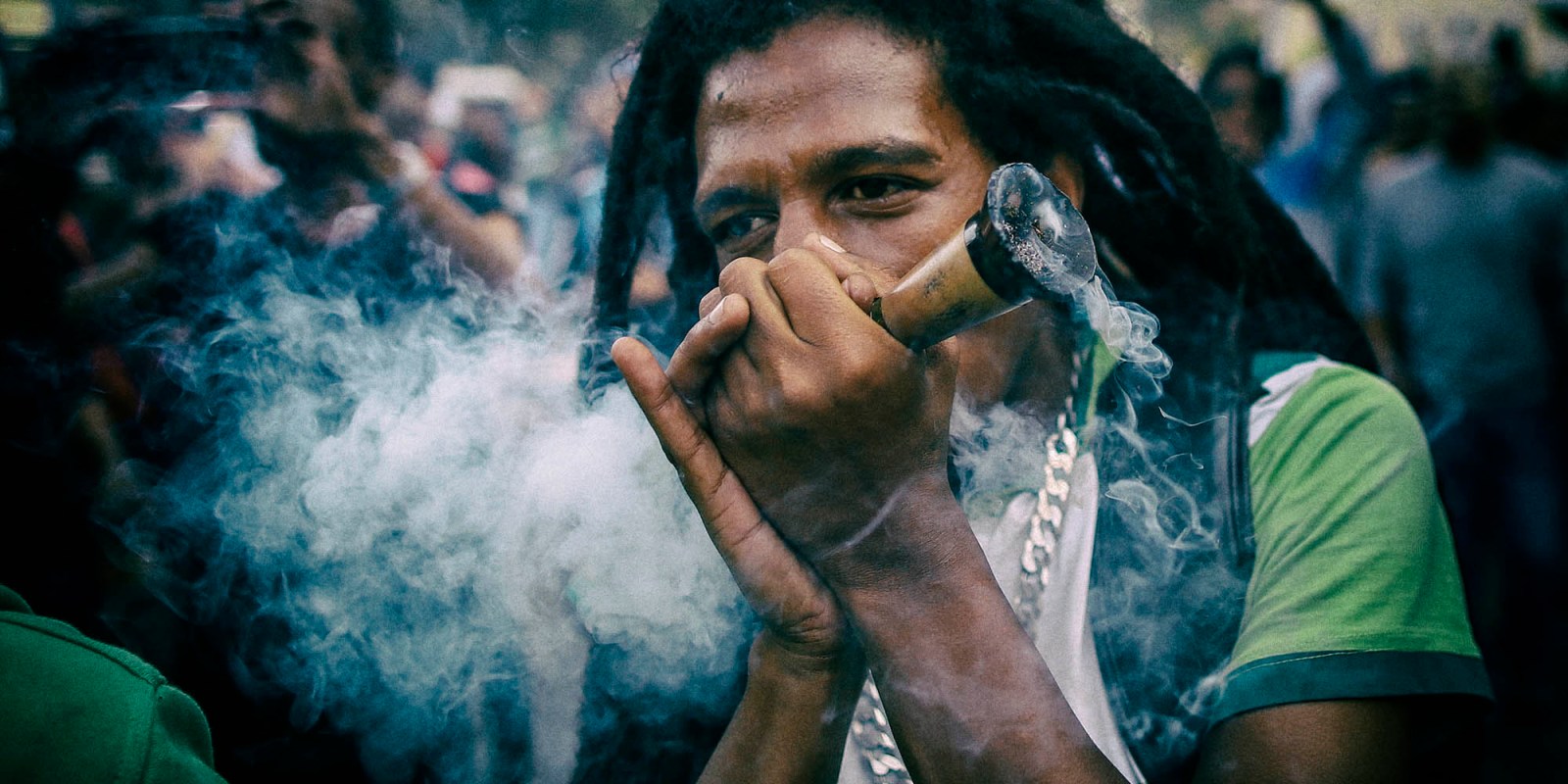 A regulated recreational cannabis market is now part of life in South Africa, Canada, Uruguay and parts of the US, says the writer. (Photo: Nic Bothma / EPA)

Current drug policy often makes it difficult for governments to be honest in their messaging about drugs. All too often we define people by their drug use, instead of looking to why people use drugs and the broader social determinants of drug-related harms such as social inequality, poverty and racism.

The language used in society often dehumanises those who use drugs, placing distance between “us and them”. Without showing that drug use is pervasive across society and that most people who use do so without experiencing significant harms, it’s difficult to challenge the way we communicate. People who use drugs are interested in their health and that of their communities. We would be better to aspire to zero harm than to zero-tolerance when it comes to drugs and change our messages and laws to support this outcome.

The Global Drug Survey (GDS) complements work done by research and advocacy groups who work for change in important areas such as overdose and blood-borne viruses by focusing on the drug use patterns and potential harms of the hidden masses of non-dependent drug users. Creating a voice that is trusted for sharing that information is a challenge, especially given that the most trusted source of information on drugs is from others who use drugs. GDS gives people who use drugs a chance to share, compare and learn from others.

Taking part in the Global Drug Survey is as important this year as any other year. Since we started in 2011, the world of drugs has changed remarkably, from the rise of darknet drug markets and the creation of hundreds of new psychoactive drugs to sweeping drug law reforms and growing awareness that drugs like MDMA and LSD can be invaluable therapeutic agents. While we wait for more clinical trials to confirm the potential of these drugs to heal, not harm, GDS wants to learn as much as possible from people who have become experts by experience.

A regulated recreational cannabis market is now part of life in South Africa, Canada, Uruguay and parts of the US. The removal of criminalisation will have hugely positive ramifications for so many individuals and societies. Regulation has appeared in different guises (for example public monopoly v private companies), each with their potential benefits and drawbacks. What is clear is that for private cannabis companies, production, marketing and sales will be led to optimise profit, not public health. That might mean building a base of heavy regular users. In order to assess the benefits and impact of regulation on patterns of use and harms, GDS offers consumers in diverse regions an opportunity to help us understand the good, the bad and the ugly side of different legalisation models.

As the potential therapeutic uses of cannabis-derived medicines (predominantly THC and CBD) become clearer, it’s prudent to consider that the businesses promoting these products may be tempted to oversell benefits. CBD products have become the new “cure-all, wellness supplement” finding its way into everything from skin creams, vapes and tablets to ice-cream, pet food and shampoo. But CBD doses in products are diverse and it’s likely that at least in some conditions the placebo effect will be significant.

The same goes for other cannabis medicines. The evidence for many conditions it is used for is rather light, with a deep dive into what conditions people are treating with diverse cannabis products and how effective they consider them to be. We need to understand the barriers to cannabis becoming used and evaluated and consider the best ways for the medical profession to become usefully involved in that process in conjunction with their patients.

Better quality drugs are one consequence of a legal, regulated market. Most would consider better quality drugs as being safer. But that’s not necessarily the case when you are using illicit drugs. Higher purity is now the norm in many regions for drugs such as cocaine (consequent upon increased output from producer countries such as Colombia) or MDMA (new synthetic precursors making production easy and cheap).

Higher purity drugs (especially if users are unaware of purity changes) make it easier for some people to take too much. Higher consumption can lead to increased rates of acute harms and dependence. In the case of MDMA, a drug that offers a positive experience, taking too much can lead to consequences including overheating, panic and confusion. MDMA dose, polydrug use and behaviours like physical exertion and not rehydrating might all be possible points of intervention that could reduce these risks of harms associated with the use of MDMA.

We also know that the risk of harm increases with the frequency of use. Although 3% of respondents to GDS2019 reported using MDMA on 50 or more occasions in the last 12 months, most people report using MDMA on 10 or fewer occasions per year. Over the last eight years, GDS has tracked the usual amount of MDMA people report using over the course of a session. It’s about 250mg currently. Doses of over 150mg are considered high, because this is the upper limit used in human studies and shown to be safe within clinical settings. After a dose of 75-150mg people report peaking at 60–90 minutes and start to come down after two to three hours. Consequently, many users take further doses if they want their evening to continue. The problem is that the way our bodies break down MDMA can be unpredictable, varies between people, and redosing can be difficult to get right. For some people, small increases in MDMA dose can lead to unexpectedly large increases in blood levels. The risks are higher for young people and women.

That approximately 1% of MDMA users reporting having sought emergency medical treatment over the last 12 months means that over the course of the year, thousands of people who use MDMA are exposing themselves to harm that could be reduced if they altered the way they chose to consume the drug. GDS2020 will look at the cues for taking another dose and how patterns of redosing are related to pleasure and harm.

But it’s not just the drug and how you use it that matters when thinking about the balance between pleasure and harm. And when it comes to policy that needs to be crafted to promote safer drug use, considering the rules and infrastructure that support entertainment venues and cities after dark are essential. For city planners considering the sustainability and the vibrancy of their night-time economy, it’s also a question of smart economics.

For those of us who have been in the field for a while, it can be easy to forget that common-sense harm reduction information is not always as easily available or credible as it should be, especially for younger people. If that information was available at the place they booked their club tickets and was offered without fear of prejudice, losing their licence or closure, imagine how many millions of people could be provided with potentially lifesaving information.

The time is ripe for honest conversations between the night-time economy, police, licensing and people who like to party and sometimes use drugs. GDS2020 will be exploring the issues in our Big Night Out section. Our findings will inform what harm reduction measures consumers value and which consequences of current regulation and policing may end up causing more harm than good.

Global Drug Survey runs the world’s largest survey on drugs. Over the last eight years, more than 750,000 people have taken part in our annual, anonymous confidential survey. Comprised of a network of expert researchers, clinicians and harm-reduction organisations from more than 20 countries, GDS runs independently of any government or research funding bodies. This means we are free to explore those issues of relevance and importance to people who use drugs but are not defined by them.

Most people use for pleasure and without significant problems, but a fair proportion use to escape mental anguish of one sort or another and are at risk of escalating harms and dependence. We believe that the experience of hundreds of thousands of people can be collated to inform the creation of a better drug policy that promotes health and well-being instead of creating additional harms. Often the opinion of people who use drugs is ignored or simply not even sought. GDS seeks to correct that in order to promote honest conversations about drugs to make drug use safer.

Your experience and your help make GDS what it is: If you have used alcohol or any other drug in the last 12 months and want to help the world have honest conversations about drug use please take 20-30 minutes and share your experience with thousands of others in GDS2020 now at www.globaldrugsurvey.com/GDS2020 DM

Professor Adam Winstock is the founder and CEO of the Global Drug Survey.