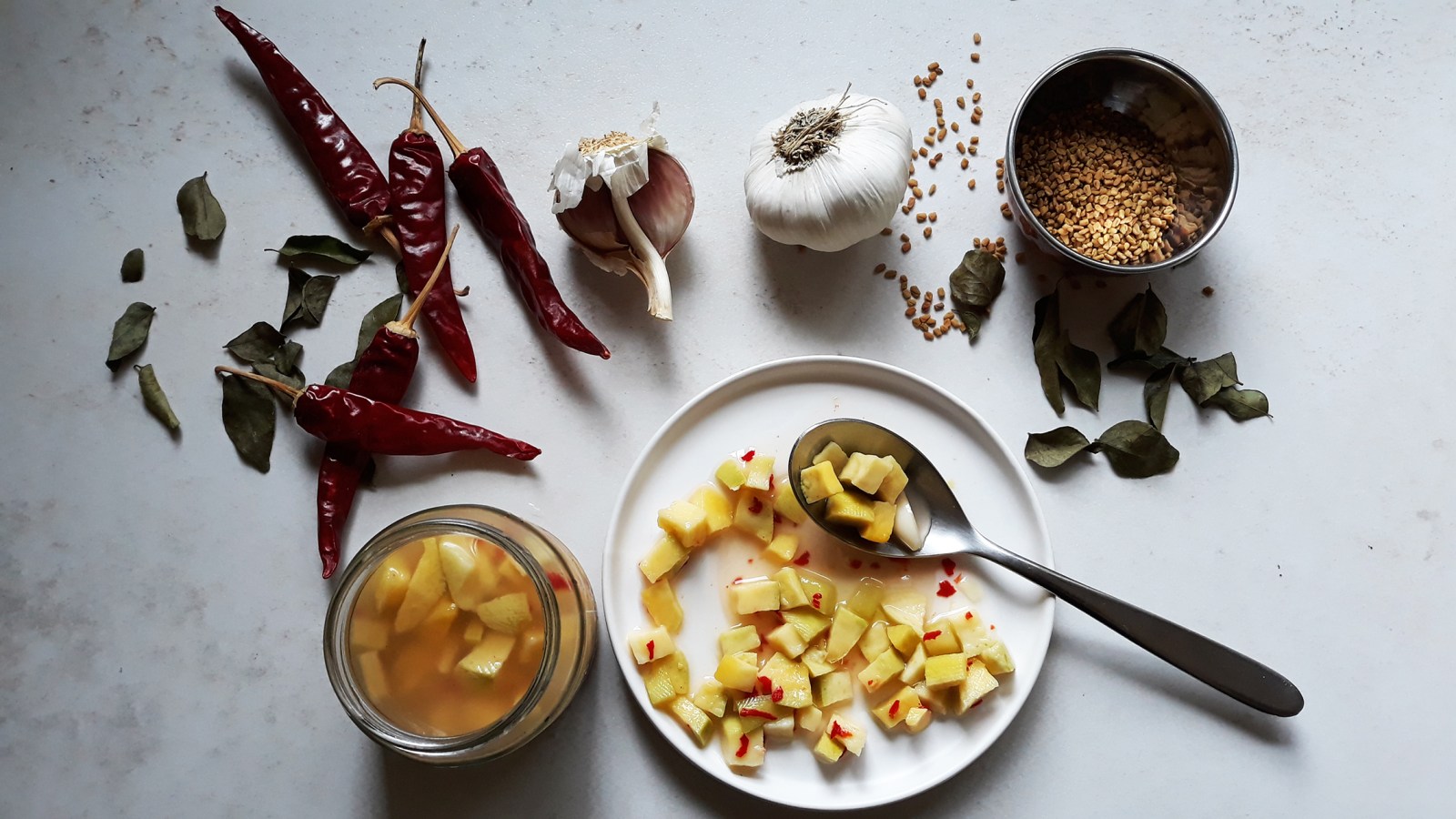 Michele Mistry pours the thin dosa batter into a pan and smoothes it out with the back of a soup ladle. Gusts of wind keep blowing out the gas, but unflappable Michele relights the burner and waits patiently for the dosa to turn golden brown before flipping it expertly with a silver spatula she bought in Kerala.

I met Michele in 2017 at a market in Hout Bay. Her stall, INDIKAAP, sold vegan curries, perfectly cooked rice and tiffin tins for zero-waste takeaways.

We started chatting about her small business, which was a sideline to her main job: homeschooling her three “amazing” children, aged nine, 11 and 12.

“Apart from two years when they attended school, with harmful results, we have always homeschooled our children. We homeschool because mainstream education has an unconscious element to it. It is numb to the potency of the child and the purpose of education,” says Michele.

“When I started my vegan cooking business, I was thinking it could be a mindless activity that wouldn’t be too demanding, giving me lots of time for homeschooling. I could not have been more wrong,” says Michele. “I have grown attached to a bigger vision of what I want INDIKAAP to become and the value it can add.”

“The classes have theory and practical elements. In small groups, or individually, we learn to cook to balance our dosha (our Ayurvedic constitution). A balanced dosha leads to optimal nutrient absorption, and waste elimination. This leads to good health and happiness.

“Everyone gets involved in cooking. Some classes are interactive with a demonstration. Other classes require everyone to prepare something, like the one coming up at the end of November 2019, called ‘Celebratory Ayurvedic cooking for the long table’.”

At the vegan market in Constantia, Cape Town, Michele is doing her dosa magic while battling the pesky wind.

“This season I’m loving dosa, a lightly fermented rice crepe with a vegetable filling and served with sambar (a South Indian dhal), coconut chutney, and mint and coriander chutney. It reminds me of Kerala’s delicious food culture.”

While making dosa for me (and dealing with the gas flame), Michele describes growing up in Lenasia, a small suburb in Johannesburg.

“Most people my age (47) would have had similar experiences of living in homogeneous neighbourhoods in apartheid South Africa.

“My mum created the home and my dad inspired creativity and adventure. We grew up simply. Food, family and education were and still are important values. I’ve always had an adventurous spirit and loved being exposed to new and exciting ways of being.

Michele became vegetarian when she was 20 “but didn’t consciously give up meat”.

“As a Heartfulness meditation facilitator, it came naturally when my awareness of the spiritual world and our interconnectedness grew,” she says.

Veganism has been the next progression. “I am not there yet – I still consume medicinal ghee (purified butter boiled with Ayurvedic herbs) and use leather and silk products – but I’ll get there!

“I produce vegan food because it’s one of the things I believe we need to be doing en masse to change the trajectory of our planet. It’s time.”

It’s obvious that food is more than mere fuel to Michele.

“I believe food is like the word/sound – it carries meaning from beyond the past that we remember. It has the power to heal and transform. It can be pure poetry.”

Michele attributes her fascination with Ayurveda to her childhood and a lifelong desire to know “why”.

“Ayurveda was the programme running in the background of my life while growing up,” she says. “Indian parents will tell you to do certain things that seem to make no sense. They can rarely give you a good reason why. I was the kid that needed the ‘reason’.

“I researched the traditions and home remedies and found they always had a plausible reason and were healing. When I became a mum, I devoured Ayurvedic texts because I wanted to be able to tell my kids ‘why’.”

Determined to be able to answer her children’s questions about Ayurveda, Michele immersed herself in its teachings and earlier in 2019 she went to India to study Ayurvedic nutrition.

“The direct translation for Ayurveda is ‘life knowledge’. It is a health science that encompasses all aspects of human life, including the environment. Nothing is seen in isolation. The intention behind it is abundant health and longevity so that your life may be directed towards your purpose. Nutrition is given great importance in Ayurveda and is used with other practices for healing.”

I can’t help feeling virtuous eating Michele’s vegan, Ayurvedic food but her vegetable pickles, ferments, cook-in sauces and vegan sweetmeats are delicious in their own right.

That’s because, above all, Michele is a cook with a light touch and her dishes are pure poetry.

“Some of the most delicious things to eat are Indian sweetmeats, but they are mostly made from dairy and sugar,” says Michele. “I tweaked a vegan version of the treat and created a deliciously caramelly and creamy sweetmeat, made from cashew nuts.”

Michele’s vegan fudge is very moreish (“we had loads of orders for Diwali”) and her eco-packaging right on-trend. Excuse me while I dine on my dosa. DM

INDIKAAP is running a pop-up kitchen at GOOD Food in Woodstock at 242 Sir Lowry Road until the end of January 2020.