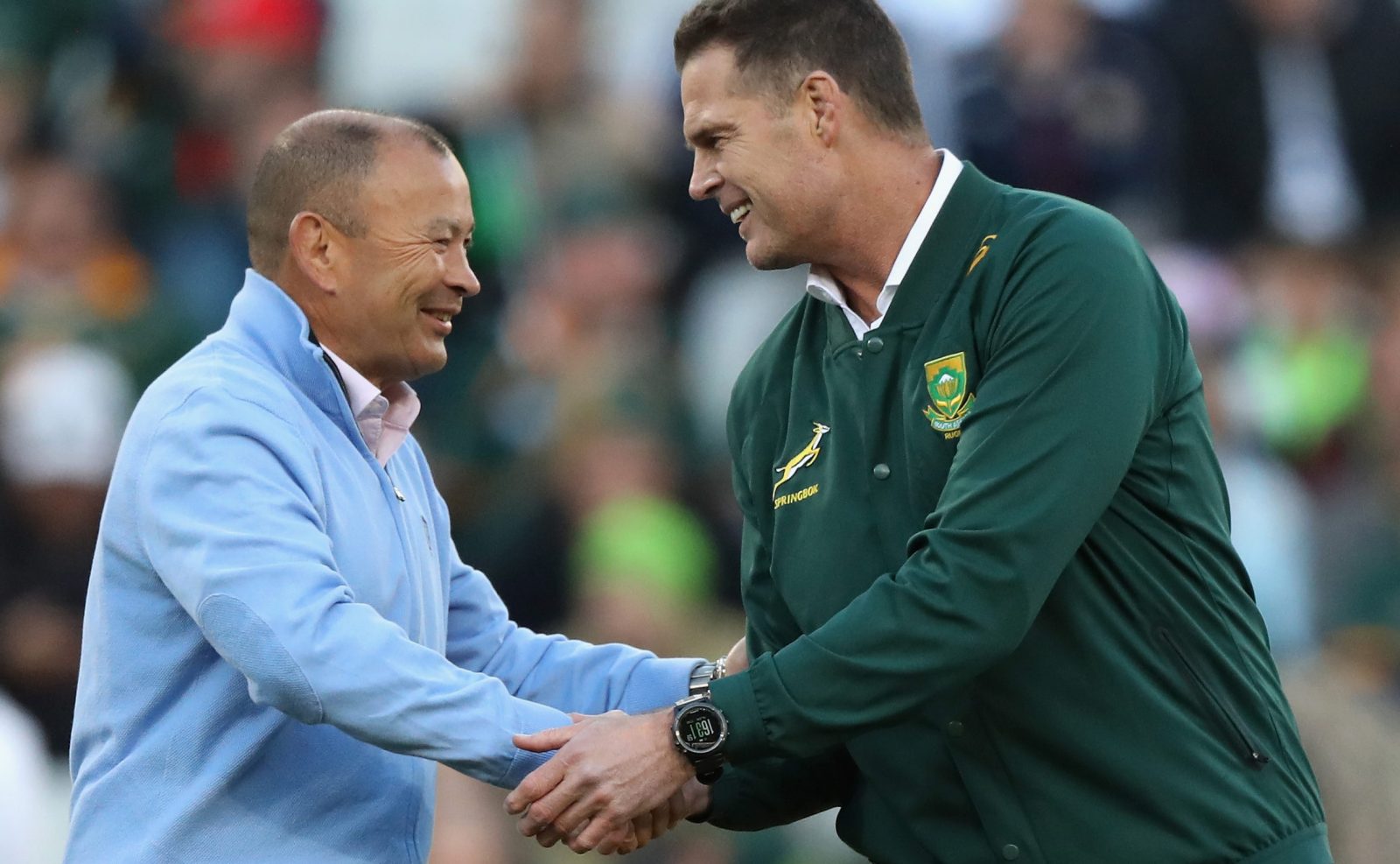 And then there were two. After 46 games of this pulsating Rugby World Cup 2019 that has had about everything, from a fairytale run by the home team, a natural disaster that put sport in perspective, to the end of a rugby dynasty, Japan 2019 has been remarkable.

Perhaps the most remarkable Rugby World Cup 2019 storyline though, is that the Springboks are in the final where they will meet white-hot favourites England in Yokohama on Saturday.

The Boks beat Wales 19-16 in a tense semi-final on Sunday after England produced their best performance in a generation to beat the All Blacks 19-7 in the first semi-final. The 12-point margin flattered the All Blacks, whose grip on the title ended after an 18-match winning streak over nearly three tournaments.

From rabble two years ago to contenders to win the title for the third time, the Boks’ comeback story is scarcely believable. Coach Rassie Erasmus was tasked with a nearly impossible portfolio of somehow restoring Bok pride and ensuring that Rugby World Cup 2019 wasn’t a complete embarrassment. It’s safe to say he has achieved that.

The reasons for the turnaround are varied and that is a dissection for another time, but in short, Erasmus has given the Boks direction, leadership, purpose and clarity. Many will think the Boks should be happy to be in the final, but now that they are, settling for silver is not an option.

England’s appearance in the final is also, in a less dramatic way, an exceptional story. Four years ago they were dumped out of their own World Cup at the pool stage and left embarrassed and aimless.

The Rugby Football Union though, is nothing if not wealthy and it wielded the chequebook. Eddie Jones had just steered Japan to a win over the Boks and three wins out of four at Rugby World Cup 2015.

But he initially slipped through the RFU clutches in the immediate aftermath of the Rugby World Cup 2015 fallout. While the RFU dallied and dealt with the public relations disaster that was England’s campaign, Western Province Rugby came calling on Jones, who accepted the post of Stormers head coach.

Jones had no sooner landed in Cape Town to start work with the club under “Table Top Mountain” as he famously put it, before he was dining with RFU suits in an expensive Mother City restaurant and being seduced by the lure of building an England team to win Rugby World Cup 2019.

Jones had cleverly inserted a get-out clause in his Stormers contract allowing him to eject if a tier-one national team came calling. The Stormers’ loss was certainly England’s gain and in the four years he has led the Roses, Jones has had massive success while honing the project.

His team won back-to-back Six Nations titles in 2016 and 2017. Jones remarkably won his first 17 Tests in charge, which included a 3-0 whitewash of the Wallabies, in Australia.

All the while though, Jones tinkered and slowly eased stalwarts such as former skippers Chris Robshaw and Dylan Hartley out of the picture while bringing in promising youngsters such as Maro Itoje and Sam Underhill.

After 25 Tests in charge (about the same as Erasmus at the helm of the Boks) England had won 24. Then Jones hit his first wobble.

England lost five in a row, the fourth and fifth defeats being the first two Tests of a three-match series against the Springboks in South Africa. It was Erasmus’s first big assignment as Bok coach and Siya Kolisi’s debut as Bok skipper.

South Africa won the series and suddenly Jones was under pressure despite a still brilliant 24 wins from 30 Tests. England won the dead-rubber third Test against the Boks in Cape Town, a result that some English analysts have suggested saved Jones from the sack.

Whether that was true or not, Jones continued in the job and he continued to add layers to the England gameplan and management. Since that second Test defeat in Bloemfontein in 2018, England have lost only three of 19 Tests.

One of Jones’ key appointments was the addition of former All Black, Golden Lions and Bulls coach John Mitchell as defence strategist. The final piece of the England jigsaw fell into place.

“Mitch” is a man who knows both the All Black and Springbok mentality and has no doubt provided some interesting insights into an area of the game that isn’t as obvious on the field — the mental battle.

“The psychological approach to any game has increasingly become important,” Jones said after England’s win at the weekend. “There is so little difference between the teams at this level. So it comes down to your ability to try and understand what gives them (the opposition) energy and then to try to take that away from them.”

Jones, who was part of the management when South Africa won the World Cup in 2007 — against England — has a fair idea of how the Springboks derive their energy. They like to make tackles, play structured rugby and feel contact in big collisions. How he takes that away from them is going to be interesting in a sport constructed on physicality.

“It’s going to be very physical. The only way we know is fighting fire with fire,” Bok lock Lood de Jager said. “We base our game on physicality. It’s going to be the team that dominates the gainline that wins the game.

“There’s a lot of stuff. It’s dangerous. It’s a lovely country and I love it, but it’s tough. Our captain grew up in a township. Go there and see for yourself. A lot of people grew up in tough places and rural places and they need to bring that out (on the field).”

Two remarkable stories converge in Yokohama on Saturday. For one of them, there will be no happy ending. DM