Vigilance committees’ dilemma in the fight against Boko Haram 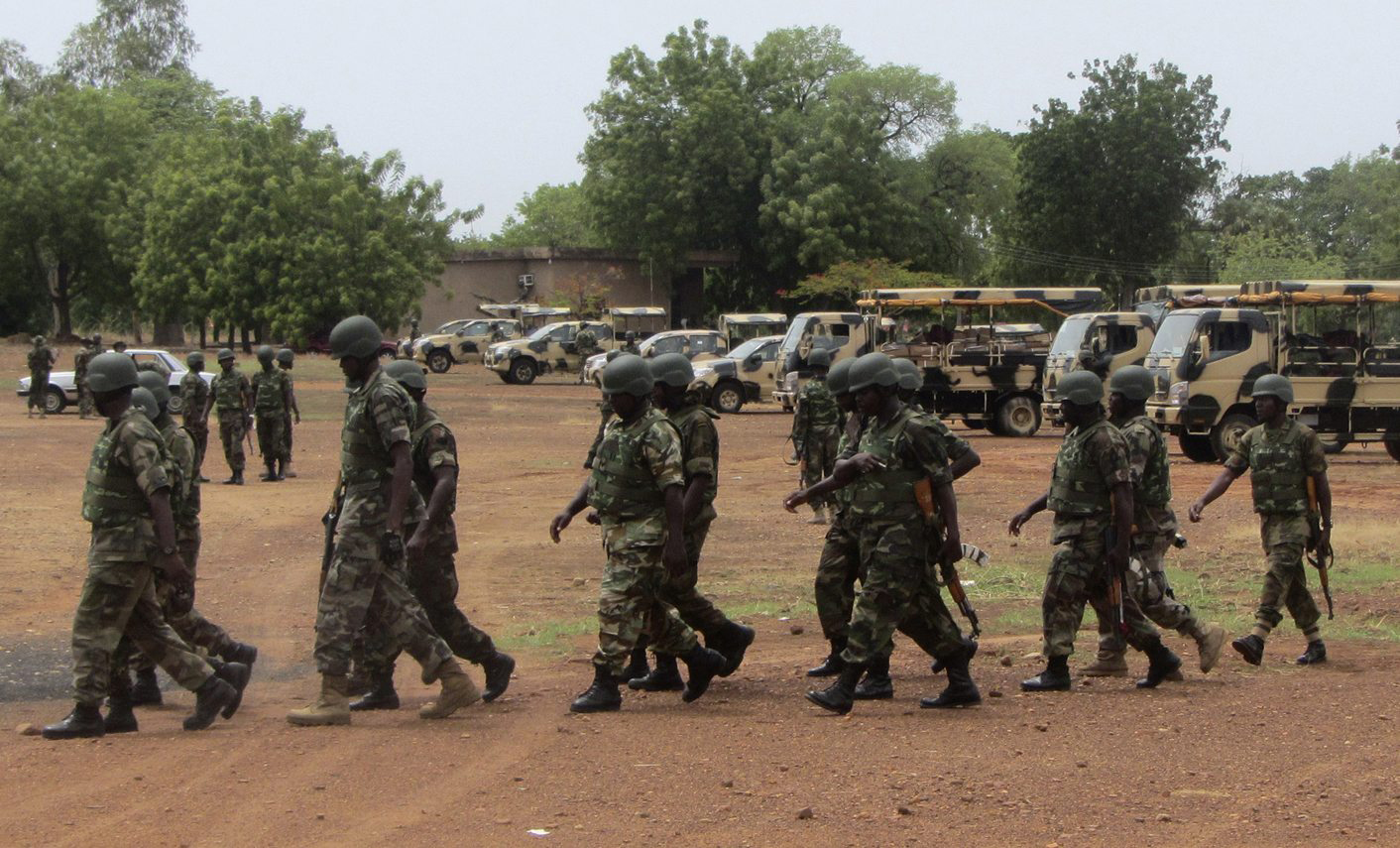 File Photo: Soldiers from Lagos, part of an expected 1,000 reinforcements sent to Adamawa state to fight Boko Haram Islamists, walk near trucks as they arrive with the 23rd Armoured Brigade in Yola May 20, 2013. REUTERS/Stringer

Cameroon’s vigilance committees face targeted Boko Haram attacks as well as hostility from their own communities.

Boko Haram is attacking Cameroon’s Far North Region almost daily – especially the country’s vigilance committees and defence and security forces. On 7 October the group killed a man and a woman and kidnapped four members of the local vigilance committee in Kerawa (see Figure 1).

Civilian-led vigilance committees are informally structured groups made up of community-based volunteers. They emerged in areas affected by Boko Haram, especially in the Far North and North Regions of Cameroon. They vary in size and composition from one village to another. Their main function is to monitor people’s entry and exit into and from their villages, and to inform the authorities about suspicious activities. 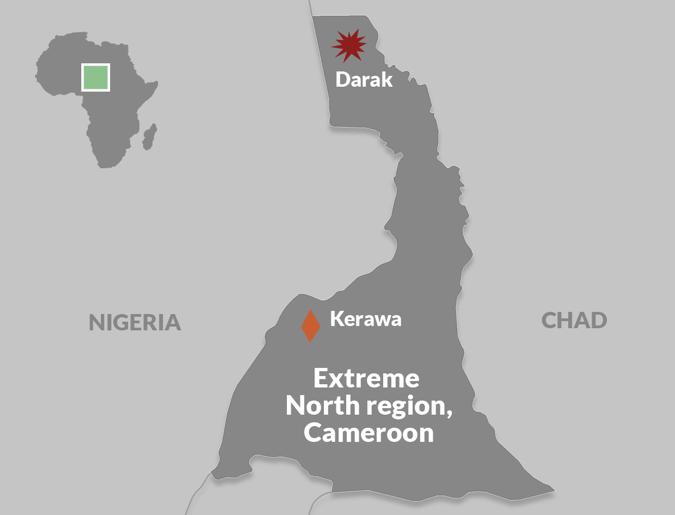 Being community members themselves allows vigilance committees to play a critical early warning role – in collaboration with administrative authorities and security forces – to prevent violent extremist attacks. Though seemingly benign, the existence, structure and functioning of the committees inevitably creates new power dynamics within communities. They also serve as a buffer against Boko Haram’s recruitment of new members from the communities they attack.

Security forces work with these committees and traditional authorities on strategies to prevent and combat violent extremism. This role however also makes them vulnerable to targeted attacks by Boko Haram.

Pushed back by the Multinational Joint Task Force’s (MNJTF) counter offensives launched on 21 February along the Komadougou River and on the islands of Lake Chad, Boko Haram is looking for new territories. In response to increased military efforts, the extremist group has resorted to using the cover of darkness to attack villages. They massacre, kidnap, loot, burn houses, shops and granaries, steal cattle and lay landmines.

Most of these assaults target vigilance committees, their communities and traditional authorities. The attacks are meant to discourage these community groups’ collaboration with the security forces, and to deny the military its community-based battlefield advantage.

However not all members of vigilance committees are as committed to Cameroon’s stability, and some are suspected of collaborating with Boko Haram. In a deadly attack on 10 June on a security outpost on Darak, a Cameroonian island in Lake Chad, Boko Haram reportedly had the help of locals who worked with scouts sent by the extremist group beforehand. The attack resulted in 37 fatalities – 21 military and 16 civilian – and caused serious material damage.

The attack on Darak could be seen as an attempt by Boko Haram to conquer new territory and gain control over commercial routes between the Logone and Chari Division of Cameroon and the Hadjer-Lamis Province of Chad (see Figure 2 below). Control of these routes would help them generate income through agriculture, pisciculture, cattle rearing, cross-border trade and collecting taxes from civilians.

Some vigilance committee members allegedly provide operational and economic support to Boko Haram. They reportedly give information on army positions and personnel, food reserves, shops and cattle to be looted, or abet the entry of Boko Haram members into Cameroonian territory in exchange for money.

They are also accused of providing cover for the sale of goods and livestock stolen during attacks, bolstering Boko Haram’s economic resilience. Some committee members are former cattle rustlers and highway robbers, which could explain why they are not entirely trusted. 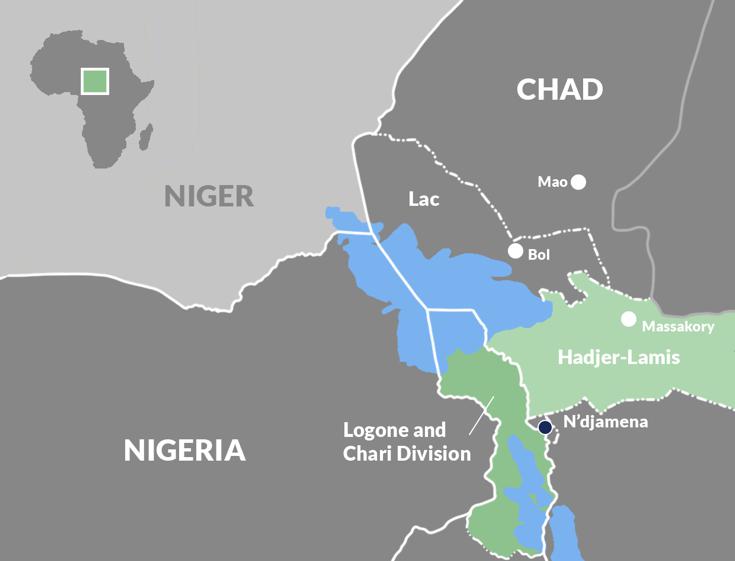 Logone and Chari in Cameroon and Hadjer-Lamis in Chad

The vigilance committees are thus caught between a rock and a hard place. On the one hand, communities have grown hostile and distrustful towards them, and on the other hand, they are persecuted by Boko Haram through kidnappings and executions.

Resolving the situation is important because of the key role the committees play in the fight against Boko Haram. They alert the defence forces to threats and limit the access of people associated with Boko Haram into their territories, due to their knowledge of the environment.

Cameroon’s government has shown its appreciation of the committees’ efforts and provided them with logistical support. Some committees have also been restructured to maintain the trust of their communities and make them adaptable to the changing threat environment. However this hasn’t protected them from targeted attacks by Boko Haram, let alone from public suspicions of collusion with the extremist group.

There are several ways to make vigilance committees more effective. Committee members need to be trained in their responsibilities, accountability, human rights and due process. Campaigns aimed at making communities aware of the role of their vigilance committees should be a priority. A coherent government policy is also needed to enhance the protection of civilians.

Policies and awareness campaigns clarify the rules that govern roles and responsibilities. This provides some degree of certainty and predictability for all social actors concerned. Without them, it is difficult for communities to continue collaborating with the committees.

Vigilance committees should also be provided with both operational training and material support (torches, safety shoes, raincoats, etc.) to enable them to fulfil their role as informal community-based security actors.

Vigilance committees are not a long-term security substitute in Cameroon’s border villages. But with the spate of Boko Haram attacks in the region, they are an important source of information and early warning. Without them, communities would not be safe. But while relying on vigilance committees is necessary in the short term, it isn’t enough for the foreseeable future.

The government’s civil protection capabilities – a combination of police, judicial and administrative figures – need to be improved to properly manage the country’s border regions. This must be accompanied by the gradual demobilisation of vigilance committees in the areas under effective state control. DM