Boks smash Japan to set up RWC semi against Wales

Boks smash Japan to set up RWC semi against Wales 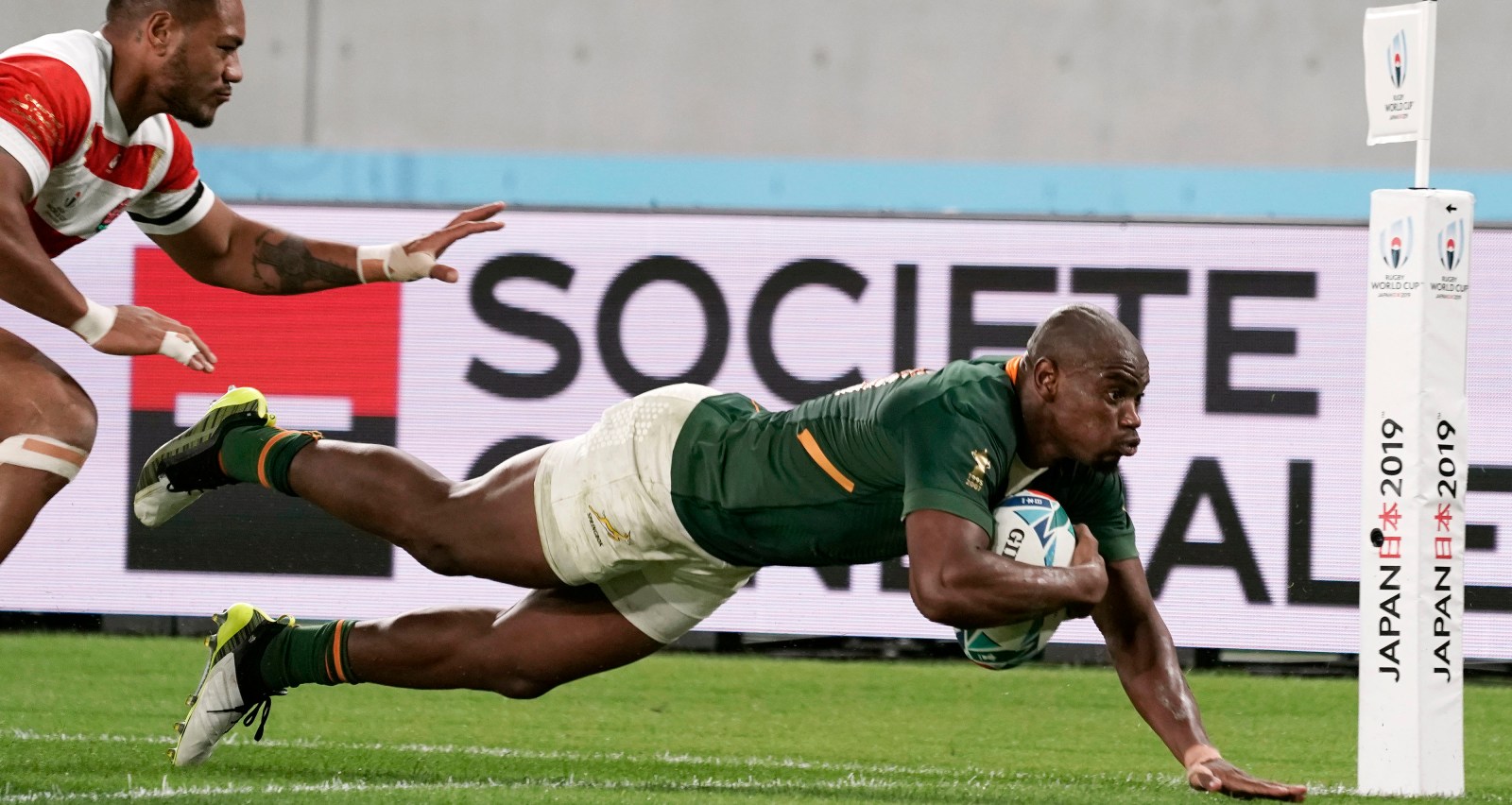 The Springboks ground Japan into miso paste in the second half of their Rugby World Cup 2019 quarter-final on Sunday, to advance to a semi-final against Wales next weekend.

Although the Springboks beat Japan in Kumagaya before the World Cup started, Sunday’s 26-3 win at the Tokyo Stadium was the performance that finally put a line under what happened in Brighton four years ago.

On that sunny day on the English south coast, Japan rocked the rugby world by beating the Boks 34-32 in pool play. The result has haunted the Boks ever since, but on Sunday nine survivors of that setback were able to exorcise the memories.

Wales, who beat 14-man France 20-19 in the day’s earlier quarter-final, are the last obstacle to a World Cup final for South Africa.

Focus on that match is for another day though. On Sunday it was all about subduing a worthy Japan and silencing their vocal support.

And for 40 minutes the Boks failed to do it as they allowed themselves to become embroiled in a loose, high-paced contest that suited Japan’s style and kept the home fans enthralled.

But, after the break, the Boks finally found the recipe, by controlling possession and making Japan’s defence suffer in the face of brutal collisions. Although the hosts were brave and committed, they lost the gain-line battle, were massacred in the set pieces and couldn’t gain any quality possession.

In the end, the territory stats were split 50/50, but the Boks enjoyed 70% possession in the second half after having only 31% in the first stanza.

The Boks were ruthless after the break, scoring 21 points without reply in the second half to end Japan’s fairytale run into the play-offs for the first time.

The Springbok pack gave an immense display of clinical power, which was too much for Japan to cope with after they initially enjoyed some dominance with their high tempo style.

Japan were unable to stop the Boks’ rolling mauls and from the back of one maul that advanced 35m, scrumhalf Faf de Klerk scored.

It was a try that killed off Japanese resistance and wing Makazole Mapimpi added a late try – his second of the match – to add gloss to the final score.

That try had its genesis inside the Bok 22m area where imperious flank Pieter-Steph du Toit picked off a Japan lineout. It was just about the only time Japan found themselves deep inside Bok territory, underlining just how comprehensively outplayed they were after half-time.

Despite Japan’s early territorial dominance, they seldom looked like scoring despite some half breaks. They tried to bring wings Kenki Fukuoka and Kotaro Matsushima into the match as much as possible, but other than one moment, the gallant wings ran up blind alleys.

Fukuoka did what no one else has managed at this year, he skinned opposite number Cheslin Kolbe on the outside. It created brief panic but the Bok scrambling defence was at its best and centre Damian de Allende caught Fukuoka from behind and smashed him into the turf.

South Africa also had to play for 10 minutes of the first half with 14 men after prop Tendai Mtawarira was sin-binned for a tip tackle. On another day it might have been a red.

Referee Wayne Barnes was in a lenient mood though as he also allowed Matsushima to escape with only a penalty after he pole-axed Mapimpi in mid-air. Japan captain Michael Leitch also escaped a yellow when he took Mapimpi’s legs out from under him. The Bok wing shrugged off the assaults and answered in the best possible way – by scoring again.

The Boks tactics of keeping Japan pinned back were clear but not always executed accurately. They kicked the ball 35 times, mostly from the base of rucks, but they were erratic. De Klerk, who had a sublime match in most facets, battled to set his radar accurately and several kicks were easily fielded.

But that is nit-picking, because De Klerk was under clear instruction to try and pin Japan back in their territory. For the most part it worked and even when Bok chasers were unable to get to the receiver immediately, the second wave of defence usually swamped the ball carrier.

Japan beat Ireland and Scotland earlier in the tournament, but they hadn’t faced the kind of manic intensity a fully engaged Springbok team can bring in the contact areas. Once the Boks settled and corralled Japan in parts of the field they wanted, they smashed them into submission.

That’s not to say the Boks didn’t show some flair. They often found space wide and had Willie le Roux not knocked on a simple pass when he had a free Mapimpi outside him, there might have been more tries.

Centres De Allende and Lukhanyo Am were brilliant in shutting down Japan’s attacks in the first half with clever reads while both also showed more attacking flair.

De Allende in particular was impressive on attack. He had what appeared to be a legitimate try disallowed just before half-time. Barnes said he crawled while being held in the tackle. TV replays suggested otherwise.

No matter though, as he kept finding metres with the ball in hand. The big men complimented his efforts. Locks Eben Etzebeth and Lood de Jager carried effectively into contact, making essential metres almost every time they hit the gain line.

The Boks were always going to dominate set pieces and they set their stall out early. The first scrum of the match saw the Japan eight in reverse and from the ensuing play Mapimpi went in for his first try of the match.

Although Japan hung in after that and enjoyed more ball, they never seriously threatened the Bok line.

After half-time there was only one team in it as Rassie Erasmus’ side inched closer to a first final in 12 years.