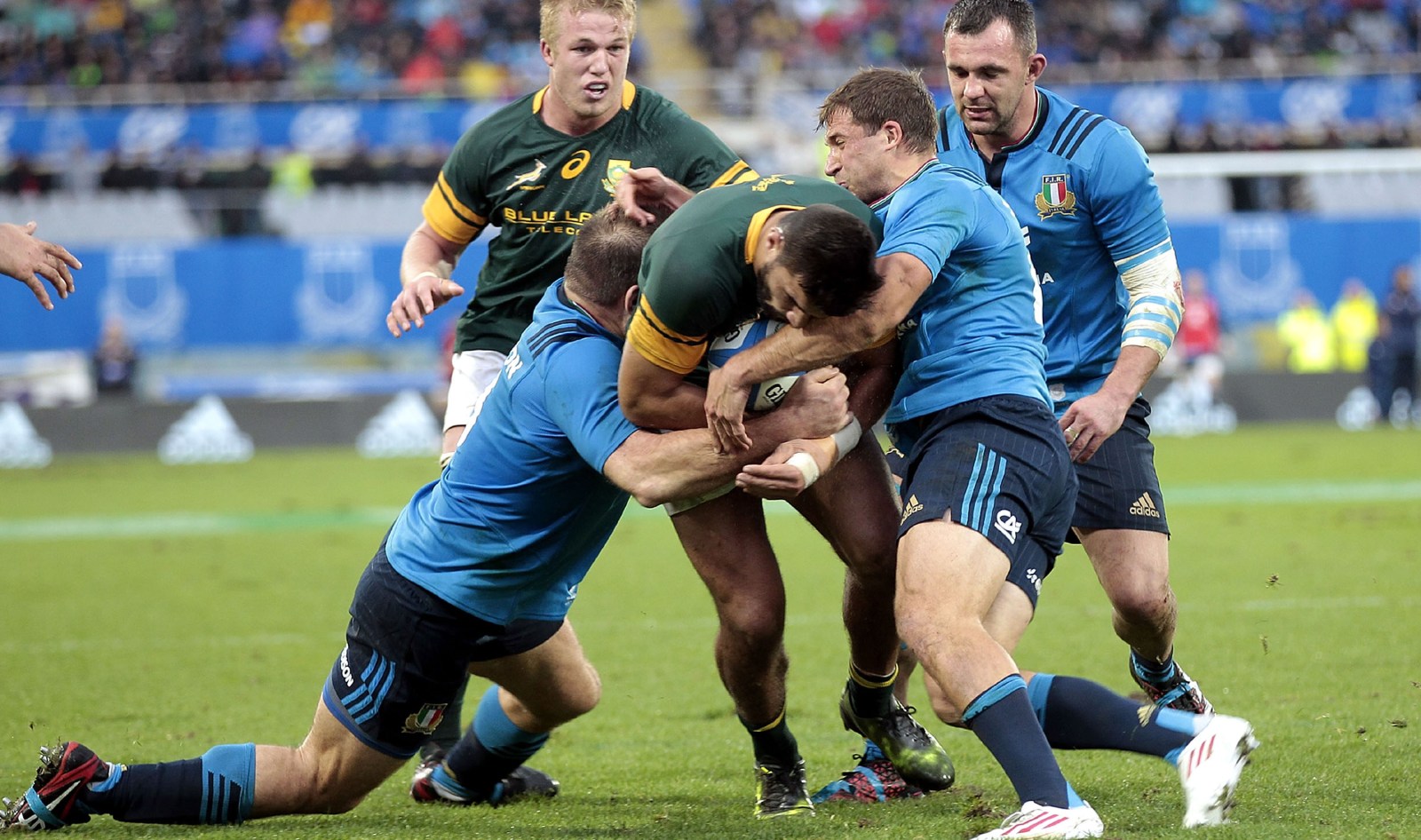 On a grey November day, in the medieval city of Florence in 2016, the Springboks played rugby from the Dark Ages and suffered a chastening defeat to Italy.

It wasn’t the first time the Boks has been so poor under then-coach Allister Coetzee and it wouldn’t be the last, but it was a match that set in motion structural and personnel changes in South African rugby.

The memories of that win still inspire the Italians. For 10 of the Springboks picked to face the Azzurri in a vital Pool B clash at Rugby World Cup 2019 this coming Friday though, no reminder is necessary because they lived the Florentine fiasco first-hand.

Current assistant coaches Matt Proudfoot and Mzwandile Stick were also there. Proudfoot and some of the players enjoyed a form of redemption when they met the Azzurri a year later in Padua, winning 35-6.

But the pain of a first – and to date – only loss to Italy might need another win in Shizuoka on Friday to fully heal.

Reminders of that day have been plenty in the lead-up to this week’s clash, which will settle a quarter-final berth. The equation is simple: the winner goes through to the last eight and the loser goes through the motions of another Pool match before heading home.

As painful as Florence was for South African rugby, coming as it did a year after the Boks were beaten 34-32 by Japan at RWC 2015, it was also a turning point.

The 20-18 defeat at the Stadio Artemi Franchi, home of Italian Serie A Football club Fiorentina, made Coetzee’s position almost untenable.

It also stirred the SA Rugby hierarchy to action, which included sending an SOS to Rassie Erasmus to resign his post as Munster coach in Ireland and return to his home country. The role of director of rugby was waiting for him.

Florence was the catalyst for Erasmus’ return and in the best Machiavellian traditions of the ancient Italian city, SA Rugby’s top brass began plotting Coetzee’s exit.

Depending on whom you talk to, the loss to Italy was the end of Coetzee, and the fact that he stayed on for the 2017 season was only to allow him enough rope to hang himself.

The noose tightened in Albany 10 months after Florence, when the All Blacks beat Coetzee’s Boks 57-0. It was almost over for the likeable Coetzee although he still led the Boks on another difficult European tour.

Ireland’s 38-3 win in Dublin over the Boks in the first match of the 2017 European tour saw the trapdoor open. Coetzee was finished and Erasmus, who had been back in South Africa for several months, had positioned himself to step into the Bok coaching role in early 2018.

The narrative has generally been that Erasmus was an accidental Bok coach, only taking up the reins to “help out” once Coetzee was axed.

Coetzee has a very different view. In an explosive letter to SA Rugby chief executive Jurie Roux, which was leaked to the media, Coetzee suggested that there had been an elaborate plan to undermine him.

At a meeting with Roux in January 2018, Coetzee was informed that his contract was to be terminated immediately. He was told Erasmus would replace him. The fact that SA Rugby did not Erasmus as the new coach until almost two months later indicates that procedurally the decision still had to be cleared at board level.

Coetzee claimed he never had the right support structures and that from the moment of Erasmus’ return to SA Rugby headquarters, the plan had been to oust him.

While there are kernels of truth in all these assertions, the reality is that abject results and under-performance were the biggest reasons for Coetzee’s downfall. His teams won just 11 of 25 Tests that he oversaw.

And central to all these issues, all the finger-pointing and accusations, and all the up and downs in the past four-year cycle between World Cups, is Italy and what happened in Florence.

It was that defeat, on that grey day, which set the wheels in motion for the Boks to be where they are now.

Erasmus and defence coach Jacques Nienaber are in Shizuoka and not still in Ireland because of what Italy did in Florence on a pitch that football superstar Roberto Baggio once graced.

It’s because of what happened in Florence that SA Rugby began to navel gaze with more urgency and purpose and started a lengthy process to overhaul their coaching, contracting and player welfare system.

Florence was a rugby disaster for the Boks. But it might also have been redemption for South African rugby. DM