State of the oceans: southern African cyclones and droughts are just a taste of things to come 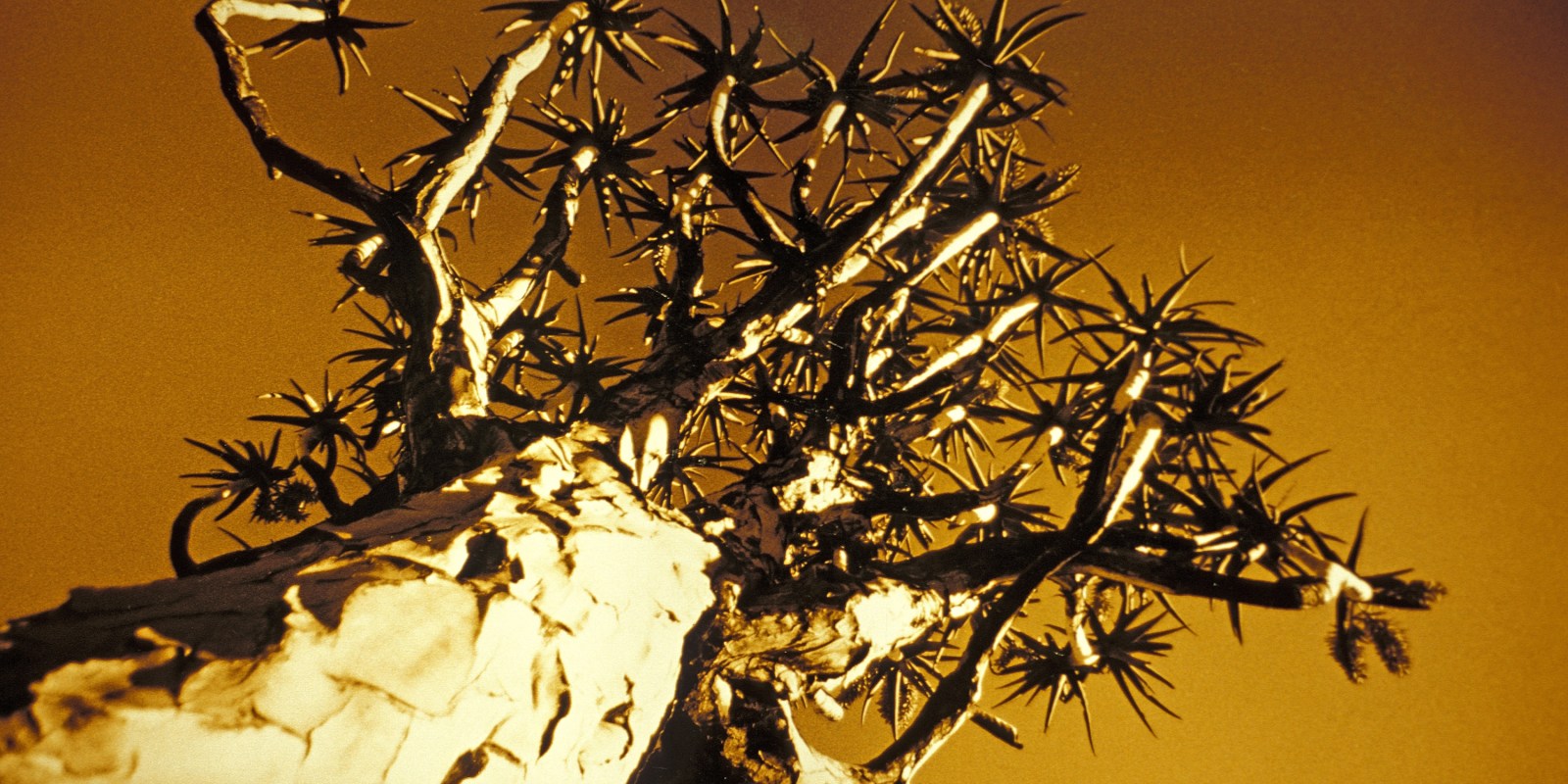 When Cyclone Idai barrelled over the Mozambican port of Beira on the east coast of Africa in March this year, mop-up crews estimated that the record-breaking storm had razed 90% of the city’s infrastructure. Disaster relief teams had barely finished their clean-up when they had to use the patched-up airstrip to launch disaster relief efforts further north as an even stronger storm – Cyclone Kenneth – made landfall in Cabo Delgado province, where winds of 225km/h flattened and partly damaged 80% of homes in the Macomia district, according to Unicef.

The location of Beira, its economic infrastructure and its harbour, meant it was particularly exposed when Idai thundered in: it sits on a digit of flat land that thumbs out into the waters of the Indian Ocean and Pungwe River Delta, explains independent climate disaster risk reduction geographer and Wits University associate professor Katharine Vincent.

This meant a “double-whammy” when the storm surge hit, with only one small constructed sea wall as a buffer against the pummelling water, a piece of engineering that 10 years ago was already deemed “woefully inadequate”.

Today, global sea levels are only about 16cm higher than they were a century ago, according to the UN Intergovernmental Panel on Climate Change (IPCC) special report on the state of the world’s oceans, and snow, ice sheets and glaciers, released this week as world leaders met in New York for the UN Climate Action Summit. The report warns that if atmospheric carbon pollution continues at its current rate sea levels will rise four times faster than they have in the past 100 years, and will push up global average sea levels by between 84cm and 1.1m by the end of this century.

This is 10cm higher than the IPCC models projected in its Fifth Assessment report released five years ago – because the rate of Antarctic ice sheet melt is much greater than previously thought.

Sea levels rise around the world as ice sheets on land melt and release water into nearby oceans, and as the warmer ocean water swells and takes up more space.

In the wake of Cyclone Idai, Mozambican authorities had to consider whether it was worth rebuilding Beira where it had once stood, or take the opportunity to cut and run, moving inland and building on higher ground.

“Years ago, Beira municipality begin to expand the city in the direction of the nearby village of Dondo, which is on higher ground,” explained Professor Genito Maure, an environmental scientist at Eduardo Mondlane University in the Mozambican capital of Maputo in an interview earlier this year. “But development has been slow … and will take a huge amount of resources.”

Speaking to the Future Climate for Africa news desk in Cape Town in March, Maure said the immediate challenge following Idai would be for the municipality to discourage people from rebuilding in areas where homes had been destroyed.

Dr Jean-Pierre Gattuso, co-author of the IPCC Oceans and Cryosphere special report, said this week that it is important for policymakers to understand what kinds of extreme events coastal infrastructure will face in future. Settlements along these coastlines will also be more exposed to erosion and damage caused by storm surges if they lose natural barriers such as mangrove forests, tidal seagrass and coral reefs, which act as natural airbags against tidal shocks.

The strength of tropical storms like Idai and Kenneth is likely to increase as global temperatures continue to rise with accumulating carbon pollution in the atmosphere, Gattuso said.

“We aren’t sure if the frequency of these events will increase, but we know as seawater warms there is more evaporation (over the ocean), which means more humidity and clouds, which means stronger cyclones. Warmer seawater controls the magnitude of cyclones,” he said.

The first estimates likely planetary changes in oceans and bodies of snow, ice sheets and glaciers if global carbon emissions are reduced to meet the targets of the UN Paris Agreement, which aims to keep global heating to below 2ºC, but preferably to stabilise it at 1.5ºC (global temperatures are already 1ºC higher than pre-industrial times, meaning there is only a half-degree margin before target overshoot). The second scenario is based on business-as-usual carbon pollution.

Planet-wide heat circulation patterns, resulting from interactions between the atmosphere and ocean systems, are all connected. Losing ice caps closer to the poles is like turning off the air conditioner in a room, and for Africa will contribute towards warming across the continent.

Water temperatures in the faraway Pacific Ocean drive the El Niño weather phenomenon which usually brings more intense droughts to the summer rainfall regions of southern Africa in regular cycles of less than a decade. Rising sea surface temperatures in the Pacific will fuel the intensity of these El Niño events and how often they occur in Africa. The higher future global carbon emissions are, the worse El Niño-linked droughts will become, the report warns.

Two of the models suggest that extreme El Niño events will happen twice as often in the coming century, compared with historic records from the past 100 years.

This may mean that, in a business-as-usual future, large parts of the central interior of southern African will no longer be able to support existing livelihoods, and ways of living will no longer be possible, according to Professor Mark New, director of the University of Cape Town’s African Climate and Development Initiative (ACDI).

Semi-arid regions in southern Africa are already warming at 1.5 times the rate of the global average and the driest parts of Botswana as much as twice the rate.

“Dry land areas like Botswana, Zimbabwe and Northern Province and Limpopo in South Africa will continue to heat faster than the global average,” explains New.

“The general projection is for reduced rainfall in this part of southern Africa, so the underlying baseline is that the whole region is going to be drier and more drought-prone compared with today,” says New. “If El Niño events become more intense, and superimpose onto the underlying trend, the individual drought years will be even more extreme.”

ACDI researchers warn that rising temperatures and changing drought patterns in these naturally dry regions will have an impact on crop yields and water availability, will compromise the health of people and livestock, and will put pressure on livelihoods.

The loss of glaciers in East Africa will also push the region into greater water stress, the UN report warns.

Glaciers are shrinking dramatically in lower latitudes around the world. In Africa, these reservoirs of frozen water are expected to reduce by 80% of their current mass by 2100 if carbon pollution levels continue at their current rate. This will mean less melt-water feeding into downstream river systems in summer and greater water scarcity.

“The lower latitudes in Africa are entering so-called ‘peak water’, and some areas may already of have passed this point,” say the report’s authors.

The report repeats calls for urgency in cutting carbon pollution in order to stabilise global temperature rise at no more than 1.5ºC – echoing both the 2018 IPCC Global Warming of 1.5ºC special report and the 2019 Global Assessment Report on Biodiversity and Ecosystem Services.

This means reducing carbon emissions by nearly half within the next decade and bringing them down to zero by 2050.

The report was written by more than 300 authors over two and a half years and highlights the “urgency of prioritising timely, ambitious, coordinated and enduring action”. DM

State of the oceans: southern African cyclones and droughts are just a taste of things to come