Mzoli’s: Showing us the way to unity 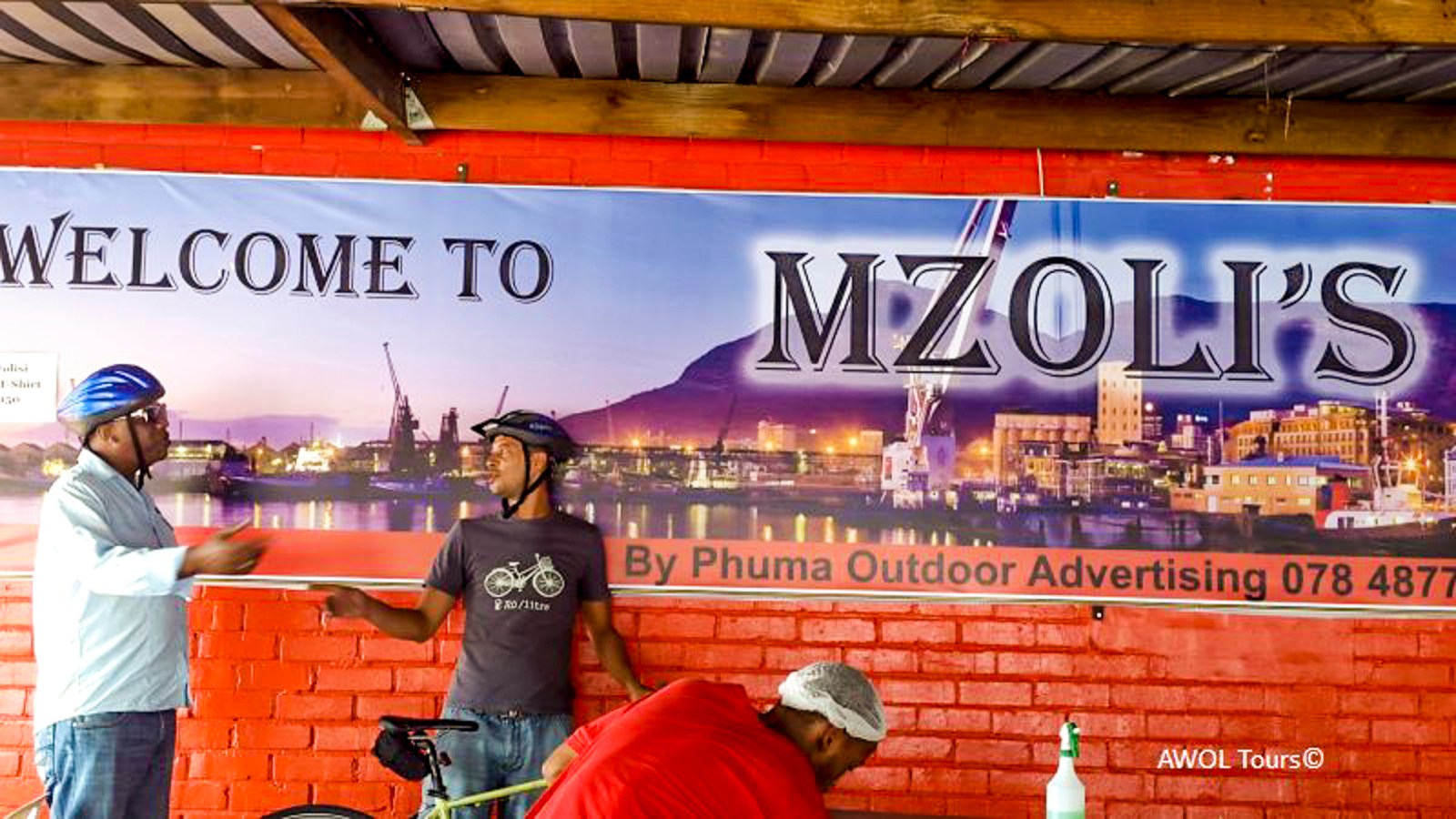 Mzoli Ngcawuzele promises that even though Heritage Day falls on a Tuesday, the festivities will feel like the weekend.

The success of Mzoli Ngcawuzele’s Gugulethu business since it opened in 2003 has opened a lot of eyes, especially those of people who thought that traditional suburban or Central Business District restaurants were the start and end of what people wanted when eating out.

From local – read Gugulethu – fame to having people from all corners of the world visit is no mean feat. Few major restaurants have even come close to achieving that level of awareness. It could be argued that in some quarters, Mzoli’s is probably more widely known than those few South African restaurants that have made the top 100 or top 50 of the world’s leading restaurant awards. Well done, La Colombe, The Test Kitchen and other deserving winners of those accolades – but this guy is probably far more widely known, if not necessarily in the same refined circles.

The shisa nyama – township butcheries where you buy your meat and then braai it on the premises – was little known outside of townships before Mzoli’s came along and opened so many eyes. Today the term is on every tongue, and almost every South African has either experienced it or at least knows what it is.

Isn’t that what unity is all about? Isn’t that one of the ways we do, or can, come together? On this Heritage Day, maybe that’s what we should be focusing our minds on: deciding that we will find more ways to get together around the table, around the braai, in front of a street kiosk selling roosterkoek or boerewors rolls. To step across what you thought of as a cultural barrier, say howzit to a stranger, and buy a wors roll from the guy. It’s not hard to do.

From Sandton to Soweto, at our shisa nyamas or our back yard braais, the tradition of men who perhaps never normally cook jealously guarding the flames and cooking meat is as much a part of our national psyche as rugby and praying for rain.

Once the new kid on the block, Mzoli’s is now a veteran of nearly two decades. It was in 2003 that businessman Mzoli Ngcawuzele opened Mzoli’s Meat, an open-air butchery in the heart of Gugulethu. The venture was a step up from selling offal from his garage in an attempt to alleviate cash flow problems in the quiet months of construction. Very quickly, word of mouth spread and it soon became hugely popular.

While the grey-bearded elders were talking social coalition, it was happening in real-time in a Cape Town township. Every Sunday, hordes of people gathered in this otherwise unremarkable corner of Gugulethu. They came for the meat, then stayed for the fashion parade, local DJs and impromptu dance parties. From European tourists to newly monied black suburbanites craving a taste of home, and the evergreen locals, Mzoli’s became legendary.

His story is not without dire challenges. Mzoli suffered great personal losses with the deaths of his sons and his daughter being kidnapped and held for ransom. The shop was burnt in 2018 during land protests. But in the same way the Afrikaans proverb explains that a farmer will always make a contingency plan, Mzoli Ngcawuzele rose from the ashes. Till this day, foreigners still groove with locals in a safe space.

This Heritage Day, Mzoli promises that even though the day falls on a Tuesday the festivities will feel like the weekend. There will be meat enough to feed the needy. The butchery has expanded enough that freelancers are hired to braai meat and keep the queues short.

The venue does not serve alcohol but between the neighbouring liquor stores, and the food tours that promise beer on tap, no throats will run dry. In earlier interviews, Mzoli always said his primary goal was to improve the lives of everyone else in the township, and the multiple car washes popping up can attest to this.

For those willing to make the journey, the temptations on Heritage Day will include lamb and sausage specials. DM