‘It can’t be business as usual any more,’ say civil society organisations 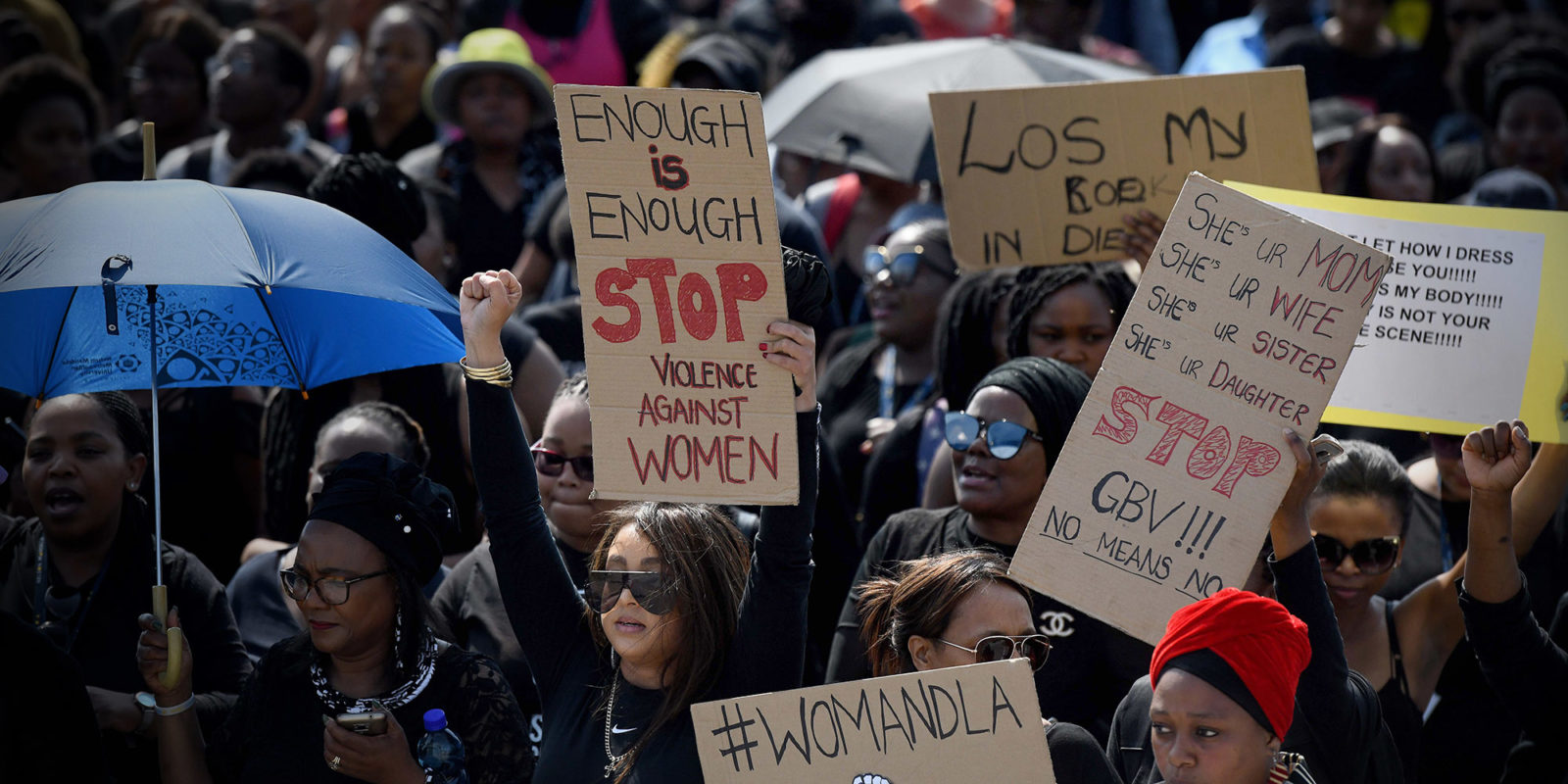 Representatives from civil society and faith-based organisations heeded activist coalition #UniteBehind’s call to stand up against gender-based violence and xenophobia.

Around 50 people from Khayelitsha, Gugulethu, Elsies Rivier and other areas across Cape Town braved the rain to meet at the Grand Parade outside City Hall on Thursday 12 September to participate in public action to share messages and call for unity and action from communities and government.

Their message was one of African unity and strength.

Laura Gillion, from human rights organisation Africa Unite, spoke to the issues of language and how discrimination works its way into the common vernacular.

Gillion’s colleague Wonke Mapegi touched on the controversial #MenAreTrash topic during his speech. The hashtag, which sparks both assent and ire on social media platforms, was written on posters and placards left taped to the walls of Parliament after last week’s march against gender-based violence that saw two dozen people arrested.

“We as men, we are trash. I am trash,” said Mapegi. “If we aren’t the perpetrators of rape, we know perpetrators. We need to call them out.”

A few hours before Mapegi told the group that women die because men do not condemn sexist comments or rape jokes made by their friends, Police Minister Bheki Cele revealed the true extent of the crisis against women and children that is facing South Africa.

The 2018/19 crime statistics show reported sexual offences increased by 4.6% to 52,420 cases, the highest increase of all contact crimes. Of the reported cases of sexual violence, nearly half were committed against children.

But reported statistics do not reveal the reality of life for women in South Africa, as many rape cases go unreported. In some instances, police stations, alleged places of safety for women and children, are more dangerous than the streets.

According to Zukiswa Vuka of #UniteBehind, who organised Thursday’s event, joining voices and publicly condemning violence has a ripple effect on communities.

“It is good to gather people you know and publicly say, ‘This has to come to an end.’ Then maybe someone will take that message back home and teach their family and their community that being a bystander and not doing anything makes you guilty,” Vuka told Daily Maverick.

Vuka emphasised that the root cause of both xenophobic violence and violence against women and children was the same.

“When things are going wrong – when you don’t have access to services or employment and your kids can’t go to school – who is the person that you blame? As a man, who is inferior? Of course, it is women. So they take out their frustration on women, and if they can’t get access to women, then they take it out on foreigners.”

At the heart of the matter is power and powerlessness, #UniteBehind’s Mmeli Dube told Daily Maverick.

“Because of unemployment, high levels of poverty, high levels of inequality, poor people are turning against each other, women are being raped, abducted and killed by men, and people are saying they hate immigrants. There is vulnerability that cuts across all the groups that are being killed.”

According to Asisipho Mvana from Equal Education, “We are taking out our anger on the wrong people.”

Mvana told the crowd: “Be angry at the government for not doing anything. Don’t take your anger out on marginalised people.”

As Vuka told the crowd: “It cannot be business as usual anymore.” DM