Change climate change and give us, the youth, a future 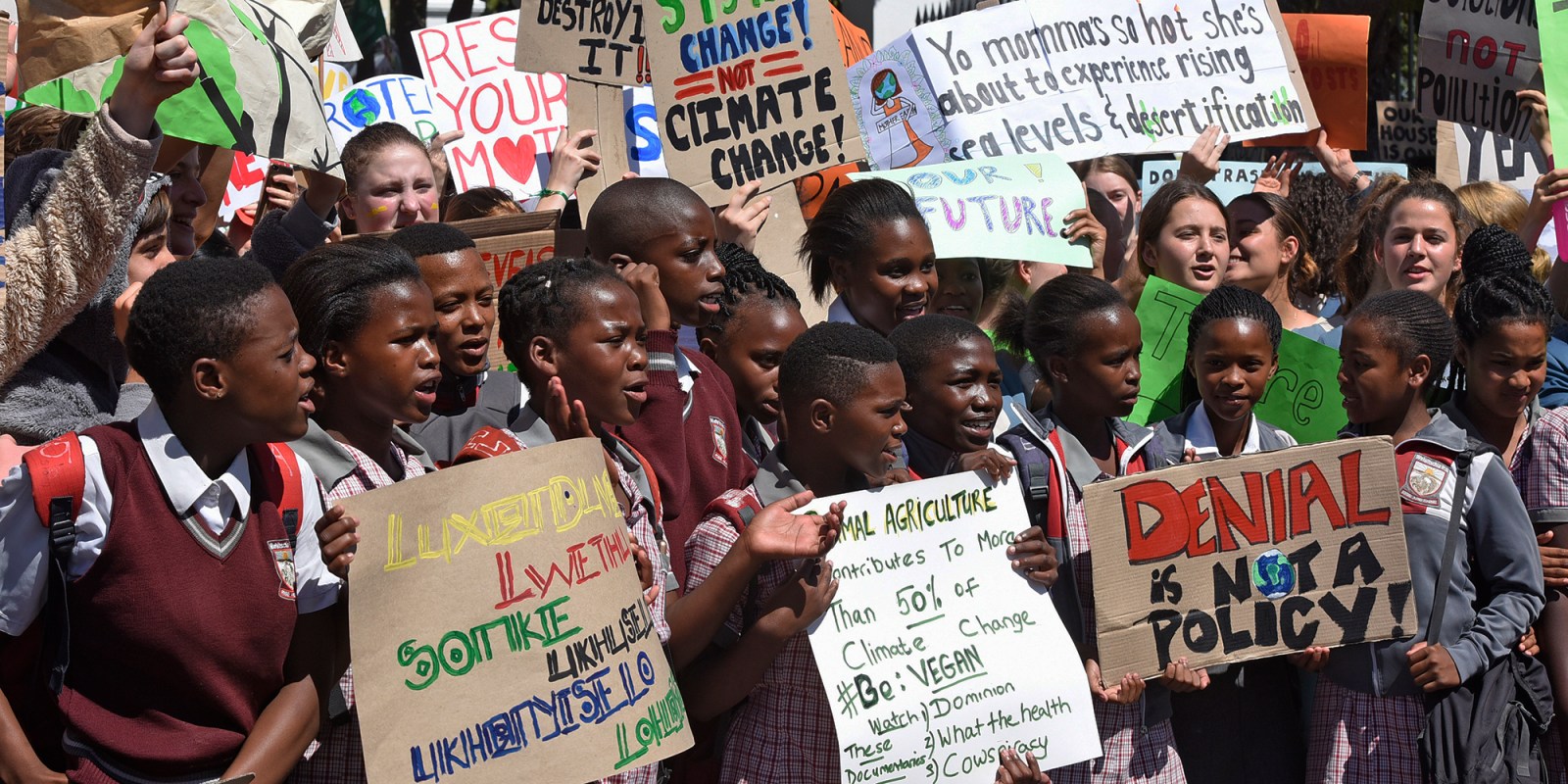 As a young person, I believe that all the negotiations regarding climate change should include those who will be most affected by climate change. We have the biggest incentive to stop climate change: that is our need to have a future, to preserve the human race.

Donald Trump doesn’t care about climate change. To him it is nothing more than a world conspiracy, a hoax. Trump is 73 years old; he thinks he has lived a successful life; the advent of climate change isn’t real to him — retirement villages and making as much money as he can are his priorities.

It is like asking me, as a 15-year-old, whether I would like to use my savings to buy into a retirement village or telling me that one day I will need a retirement fund. Those are the least of my concerns right now. Donald Trump doesn’t need to worry that he may never finish school or start a family. Neither does Xi Jinping or Vladimir Putin. Even our very own president, Cyril Ramaphosa, has no incentive to change climate change.

The real effects of climate change will never affect elderly political leaders in a significant enough way for them to think they need to prioritise the crisis. I, on the other hand, dream of going to one of the Ivy League universities in the US, I want to work as a top journalist in one of the bigger international houses, I want to buy a mansion in Manhattan and I want to have children and leave a legacy for my children and their children.

It is us, the youth of today, who have a lot to lose because of climate change: we are the future human race. As I write this article, the lungs of the Earth are on fire. The Amazon rainforest is one of the biggest producers of oxygen in the world and if we were to lose the rainforest it would result in the effects of global warming becoming almost immediate. That means that in less than 50 years, life as we know it will cease to exist.

I don’t believe the so-called world leaders like Trump do not understand this: he simply doesn’t care, and why should he? He will be dead in 10 to 20 years. He doesn’t want to leave a legacy that says, “He saved a world in which he was not going to be a player”.

Climate change has tied a noose around any future we once thought we may have had a chance at. That noose continues to be tightened by those who deny that climate change is a reality. An overall increase in temperature would mean the following for my generation:

We’ve already seen the effects of climate change, from the crippling droughts in Cape Town, to Cyclone Idai; the first natural disaster to be confirmed to have occurred as a result of climate change. If the effects of Cyclone Idai (displacement, loss of livestock and crops as well as loss of human lives) are anything to go by, as a member of the youth I have begun to ask myself questions no young person should ever have to ask themselves.

I ask myself: is there any point in going to school if scientists have confirmed that in less than 12 years the effects of climate change will be irreversible? Why shouldn’t I be irresponsible and live life to the fullest, if I will never see a future as my parents have seen?

What I find truly unfair is that my generation didn’t choose to live in this society that is constantly looking to satisfy its need to do things in a manner that is irresponsible and has destroyed this world. We didn’t have a choice in electing “leaders” who clearly don’t care about the future of this world. We can’t choose the ways and methods of survival that will guarantee our future. Our voices are not heard in Davos because they think we don’t understand issues.

We are sitting with two failed agreements on climate change: the Kyoto Protocol and the Paris Agreement. Both agreements were ratified by some of the most powerful states in our world, ie the biggest polluters and contributors to greenhouse gas emissions on our planet. So, how is it that we are not on track to meet the goals of the Paris Agreement and that the Kyoto Protocol for all intents and purposes was a failure? Well, for one thing, scientists have long warned that the agreements were inadequate and lacked urgency as neither took drastic enough measures to cut emissions.

As a young person, I believe all the negotiations regarding climate change should include those who will be most affected by it. We have the biggest incentive to stop climate change: that is our need to have a future, to preserve the human race. Between 2030 and 2050 there will be more than 250,000 additional deaths every year as a result of climate change, and in a world where the youth makes up almost half of the population, we will suffer the most.

We and future generations deserve more than a mere chance at living, we are entitled to a future.

Given that as young people we have no voice, when the opportunity arises for us to have one, we ought to take it and use it well. It is for this reason that young people in South Africa and the world over will join the global climate strike on 20 September 2019. Let us show the world that we are serious about our futures. MC

Maverick Citizen supports the Global Climate Strike and citizen action to mitigate the climate crisis. Where will you be on 20 September 2019? What will you tell your children and grandchildren you did to save the planet? There are no ifs or buts about this.

Change climate change and give us, the youth, a future