Put your money where your art is

Put your money where your art is 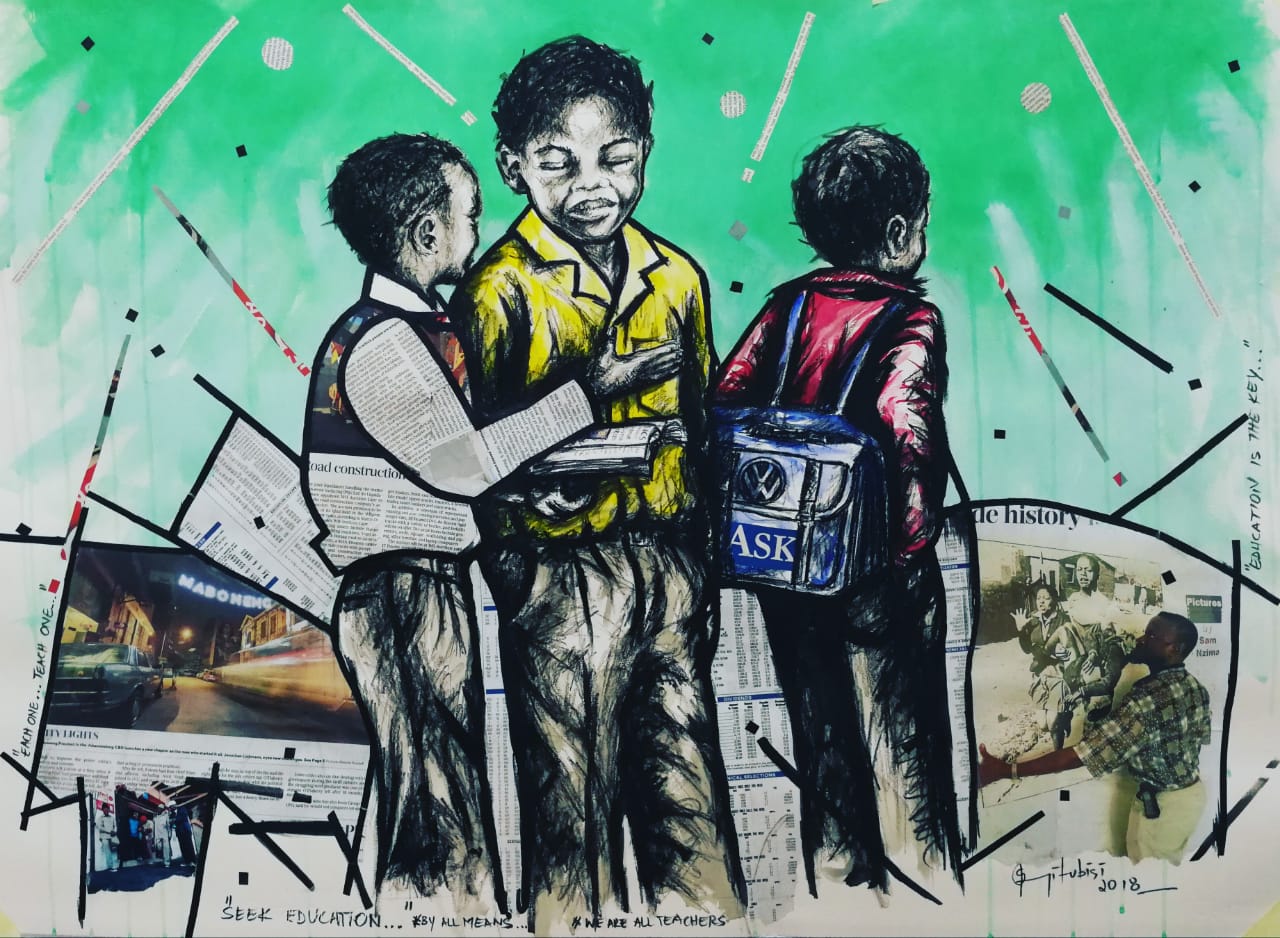 'Seek education by all means' by Semi Lubisi

From art academies, art fairs to private collections curated and owned by local businesses, corporate support of artists around the world continues to rise.

According to the Art Basel and UBS Art Market 2019 report authored by Dr Clare McAndrew, founder of Art Economics, a research and consulting firm focused exclusively on the art economy, sales at art fairs globally reached $16.5-billion in 2018. This was a 6% rise year-on-year, with art dealers reportedly spending an estimated $4.8-billion attending and exhibiting at fairs – 5% more than in 2017.

The report added that art fairs around the world grew from some 55 in 2000 to more than 260 in 2018. In addition to supporting galleries and assisting in economic contribution to the cities that host them – think large volumes of affluent visitors, and the exhibitors themselves – art fairs provide a platform for emerging artists to be recognised and gain traction in local and international markets.

Although the majority of art fairs (52%) were held in Europe in 2018, Africa and the Middle East contributed to 5% of the global art fair market.

The picture in Africa and, more specifically South Africa, seems to mimic the macrocosm of corporate support for the arts, from art fairs and academies to exhibitions and the showcasing of privately-owned collections.

There are multiple reasons why corporate companies invest in art, build private – or public – collections or, alternatively, sponsor art fairs, exhibitions and events.

A study published by the Gordon Institute of Business Science, Why do companies invest in art? The purpose and composition of art collections in the financial sector by Jenni Verschoor, notes that the reasons for businesses to invest in or sponsor art events can vary from leadership preferences to corporate social responsibility (CSR), branding or financial investment.

In 2019, Standard Bank was lead sponsor of the National Arts Festival in Makhanda (formerly Grahamstown) for the 35th consecutive year. The bank also showcased works by local and international artists at the Standard Bank Gallery in Johannesburg and, since 1981, has sponsored the Young Artist Awards, which acknowledge “emerging, relatively young South African artists who have demonstrated exceptional ability in their chosen fields but who have not yet achieved national exposure and acclaim”.

Similarly, with the aim of administering funds from corporate, private and government sectors in support of art and cultural events, the Spier Arts Trust was established in 1996. The non-profit, financially independent cultural organisation includes the Spier Arts Academy, a three-year, full-time apprenticeship offering employment-based training in professional mosaic and ceramic work.

In 2001, South African restaurant chain Nando’s partnered with the Spier Arts Trust to host one of the largest collections of South African art, which is displayed internationally in their stores (around 11,000 pieces from emerging and established artists, with more than 8,000 pieces in the UK). In 2017, together with Spier Arts Trust, Nando’s was a Silver Sponsor of the 1-54 Contemporary African Art Fair, an annual international art fair dedicated to contemporary art from Africa and its diaspora, which takes place in London, New York and Marrakesh.

February 2020 will see the 8th edition of the Investec Cape Town Art Fair (ICTAF), although it is only the second edition to be sponsored by Investec. Said to be the largest art fair in Africa, the fair “provides a platform for galleries, collectors, curators and artists from around the globe to engage in cultural and economic exchange”.

In 1965, South African financial services group Sanlam purchased 12 paintings by local artists and now hosts one of the largest corporate art collections in the country, with more than 2,000 works, including paintings, sculptures and drawings by renowned artists including Irma Stern and JH Pierneef.

The year 2019 also marked the 7th edition of the RMB Turbine Art Fair – aimed at strengthening the creative economy by developing young artists, growing the market for emerging art and elevating art collecting across a wider market – and the 12th edition of FNB Art Joburg (previously known as FNB Joburg Art Fair), of which FNB has been the lead sponsor since its inception in 2018.

It appears that corporate companies’ support of local arts is not slowing down, with more businesses seizing the opportunity to get involved in programmes as well as building privately-owned art collections to support emerging South African artists and create a greater understanding of art investments.

In March 2019, Mazars, one of Africa’s largest audit firms, started to work on an exhibition entitled MazARTS alongside the business owner of The Gavin Project, Choni Gavin. With an emphasis on potential future investments, the project regroups dealers and specialists in the best emerging art coming from Africa.

The ground floor of the Mazars office in Johannesburg has been home to 80 of these artworks, giving the artists a platform and opportunity to sell their works to people visiting the company, and the business has also been purchasing SA artworks in support of the local industry.

On the 3d of October, the audit firm will host the Mazars Egoli Art Fair, displaying 250 artworks from emerging and established artists, including William Kentridge and Nelson Makamo.

The non-profit event aims not only to support young, South African artists but also to bring SA companies who support the arts together for an exclusive event and create a networking opportunity for business leaders. ML

Disclosure: The Mazars Egoli Art Fair is an invite-only event and tickets will not be available for sale. Maverick Life is a media partner of this year’s MazARTS exhibition.