In Ravaged Kashmir, an expectant mother’s fight to give birth in safety 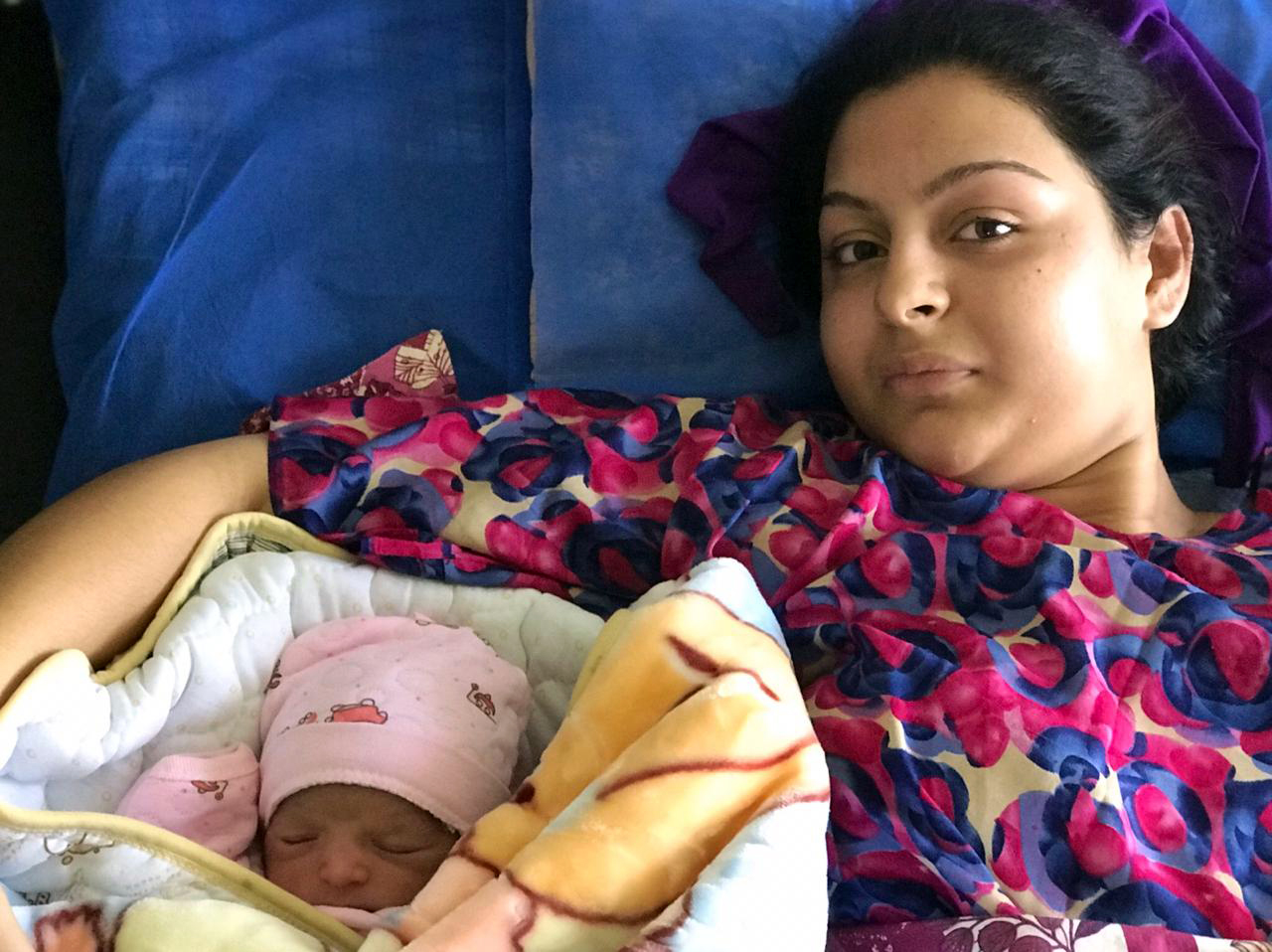 At the beginning of August, Indian forces invaded Kashmir, a heavily contested region on the borders of India and Pakistan. Communication lines have been cut – no access to the internet, no telephone lines – but ultimately, in situations like these, it is the human face that is most affected by crisis. Lal Ded Hospital, in Srinagar, Kashmir is where Zubair Sofi watched some of the area’s most vulnerable people – pregnant women and their families – are left with no idea how they will survive the next day.

A version of piece was first published in The Wire India. Read it here

As dawn broke over the city of Srinagar, Kashmir’s biggest and most populated city, a sense of gloom hung in the air. An ominous silence, which would have resonated with the multiple calls to prayers from the city’s various mosques, seemed palpable with the menace that the night before had just brought to the people. Friday, 9 August had seen widespread protests, which erupted into violent clashes between the military and peaceful protestors. Witnesses reported tens of thousands of peaceful protestors on the Srinagar streets were suddenly rained down with police, who opened fire on unarmed men, women and children, some as young as six years old. Many were wounded, while some were sprayed with buckshot in their eyes, resulting in irreversible blindness.

Heavily pregnant Insha Ashraf, 26, awoke to this temporary silence. Her waters had just broken, and she had begun her labour. In the midst of one of the most frightening moments in Kashmiri history, Insha, who was at her mother’s home as was customary for delivery of a firstborn, experienced panic. Would she be able to get to the hospital in time for the safe delivery of her child?

Rushing to her mother Mubeena, Insha and her sister Nisha were taken to a neighbour’s home at 5.30am. The neighbour, an auto rickshaw driver agreed to take the distraught expectant mother to Lal Ded hospital, about 7km away. Filled with a mixture of relief and dread for the future, Mubeena entrusted her daughter, now in full labour, to the neighbour and accompanied her as well.

After covering a few meters, they were stopped at the check point established by the Indian government forces. They were not allowed to go any further.

“I tried to explain the emergency but they had clear orders not to allow any vehicles. They asked us to walk using a different road. As we started to walk, there was a check point every 500 meters and we were told to keep taking different detours every time”, said Insha.

Ignoring all signs and pleas of a woman in labour, Indian government forces persisted, neither giving Insha nor her sister and elderly mother a vehicle for safe passage to a hospital. Government forces stopped them frequently, subjecting the women through invasive and stressful checking of documents and person, and not considering the condition of Insha – in advanced labour.

At around 11am, Insha started experiencing severe contractions, but she was still 500 meters away from Lal Ded. She had already walked over 6km, not knowing what state her unborn child could be in. Realising that she would be giving birth at the side of the road, Insha and her sister managed to walk to Khanams Hospital which was closer.

Within 10 minutes of reaching the hospital, Insha delivered a healthy baby girl. The baby was taken out of the delivery room naked, since there were no clothes available in the hospital due to the lockdown in the valley.

“I took my granddaughter in my hands and wrapped my scarf around her,” said Mubeena.

Insha’s husband, Irfan Ahmad Sheikh, an auto-rickshaw driver by profession, is yet to know that he has become a father, because all means of communication (telephones, cellular, internet, lease lines, broadband) are banned and no civilian movement is allowed in Kashmir.

The baby girl is yet to be named – a birthright that is given to the father, and his relatives.

In situations of war and conflict, it is often the most vulnerable who suffer the most. The United Nations Security Council resolution 2122 sets out the need for humanitarian aid to ensure access to sexual and reproductive health services, including for pregnancies. In an area where agency is often a coin toss between living and dying, it is the agency of women that most comes into question. That such a woman as Insha, being pregnant and in advanced labour being subjected to security checks and forced to walk to a place of medical safety for herself and unborn child represents the lowest form of violation of agency.

Power structures such as the government forces who validate and witness the abuse of the most vulnerable speaks about the very structures that act countermand to human agency. The women of Kashmir, often the subject of academic theses and articles, are easily cast into victim moulds, with popular rhetoric depicting them as submissive and unable to act of their own accord. The concept of agency among the vulnerable women in the Kashmir region in the wake of recent events challenges the dominant notion of attaching women with passivity and men with activity in conflict situation. It bestows on them the capacity to work upon the social conditions to find out methods for facing all the extremities of life. Insha, her mother Mubeena and sister Nisha faced such a moment in their lives, where acting instead of retreating in fear was a question of the birth of a new life. But, did they have to under these circumstances?

Things are worse at Lal Ded hospital where mothers who have already delivered and are discharged from the hospital are not able to go anywhere. Hospital authorities claim that there were no proper orders about how to function under such circumstances.

The courtyard and corridors of Lad Ded hospital are filled with very sick patients, and their family members. They have no place to sleep or eat because they are constrained within the hospital premises because of the curfew outside. The hospital canteen fears that food stocks will soon run out. Doctors and nurses, who are not allowed to leave, patients and families, as well as civilians hiding out from the government police throng the courtyards and passages. The fear that food, bedding and clean water will soon run out is palpable. The few journalists that have secretly hidden among the people express helplessness that their stories cannot be sent to the rest of the world, where possible aide can be sought.

Rashid Ali, 38, a resident of Uri, an area of North Kashmir, Baramulla district, about 100km from Srinagar, has been at the hospital for a few days now. His wife, Jana Begum, delivered a baby boy on 2 August, and they were to leave the hospital on 5 August.

Jana Begum and other women like her are being kept in a hall on the top floor of the hospital, while their companions occupy the courtyard and corridors. Many of them have run out of money to buy food and are on the verge of begging for basic necessities. Jana fears that her breast milk will soon stop, and the health of her new-born will be at risk. The new father, Rashid lies on a courtyard floor, a hopelessness lingers in his voice.

“I ran out of money on August 8th, I have nowhere to seek help, all phone lines are dead. I cannot call any family member for money. I am a day labourer, I have meagre savings, and my funds for travel back have been utilized for food here. Now, I am begging to collect some money to eat”, said Rashid. A despondent sigh escapes his lips, one that speaks of helplessness.

Dr Samreena, resident physician at the hospital, said that there are many doctors who are working day and night and are not allowed to go home. Other staff members are following the same orders. Doctors and staff members, who live far away and were off-duty on the day curfew was started, are unable to travel and come for their duty.

Companions of the patients now have nowhere to eat but in the hospital canteen. An employee at the canteen, Aqib (real name withheld), said that usually they serve about one hundred rice plates in a day but now they are up to 800-1,000 plates a day. And the food stock at the hospital is just for twelve more days.

Since the intervening night of 4 and 5 August, the valley is under tight curfew as per the order made by the Delhi Government as there were plans to abrogate the special status of the conflict region Jammu and Kashmir, torn between two nuclear power countries, India and Pakistan.

On the morning of 5 August, the Home Minister of India, Amit Shah, announced the scrapping of duo articles 35A and 370 from the Constitution. Political analysts agree that the manner in which the Indian Government abrogated these two articles is undemocratic and unconstitutional.

Soon after the news of the abrogation was made public, worldwide protests have been carried out and the decision of abrogation has received huge criticism.

In the meanwhile, in a hospital in Srinagar, wrapped in her new clothes, a new-born baby girl greets an entirely different Kashmir to that of her mother. DM

Zubair Sofi was previously employed by NewsClick India in Kashmir, and Zainub Dala is a freelance writer, South Africa

Read more on the Kashmir crisis by The Guardian UK: India’s illegal power grab is turning Kashmir into a colony