Number crunching: Boks on the rise while All Blacks nos...

Number crunching: Boks on the rise while All Blacks nosedive 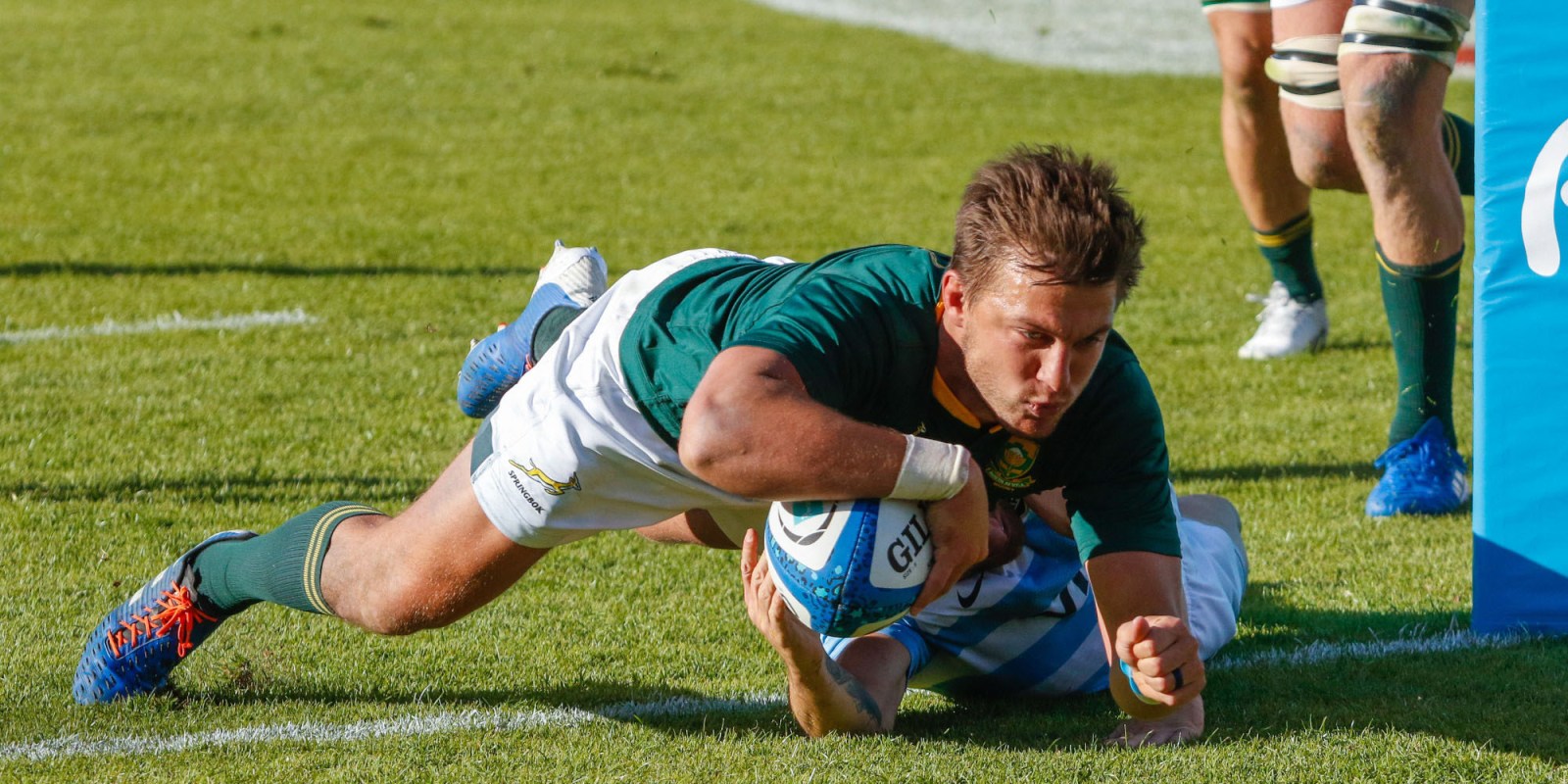 Springboks of South Africa player Pollard Handre in action during the Rugby Championship 2019 match between Argentina and South Africa at the Ernesto Martearena stadium, in Salta, Argentina, 10 August 2019. EPA-EFE/Jan Touzeau

South Africa clinched a piece of silverware they’ve not had their hands on for over a decade when they beat Argentina in Salta on Saturday 10 August. The Boks have reason to be buoyant ahead of the Rugby World Cup. But, at the other end of the line, some signs point to a downward trend for the dominant All Blacks.

After the All Blacks were given a hiding by Australia in the final round of Rugby Championship matches, coach Steve Hansen was his usual cool and calm self. A 14-man New Zealand team wasn’t just beaten by the Wallabies, they were trounced 47-26.

Part of the New Zealand DNA is to pull things together when the chips are down. And they might very well return the wallop when Australia visit the Land of the Long White Cloud this coming weekend.

But, as many teams have proved in the past few years, the All Blacks are beatable. Either their dominance is slipping, or the professional gap is becoming narrower. Whatever it is, there are a few telling statistics from the 2019 Rugby Championship.

The most obvious is that New Zealand managed only one win. Yes, the competition was reduced to just three fixtures, but even on previous occasions when there was a trim, the All Blacks were dominant. Just once before – in 1998 – did they win fewer. Back then, their win tally was a big fat zero.

But there are arguments for having to adapt to travel, schedules, deliberately trying new combinations and a host of other considerations. Perhaps then it’s worth looking at what the scoreboard statistics reveal. Since the tournament’s inception, the All Blacks have had a negative points difference on just three occasions: in 1998, 2004 and now, in 2019.

More often than not, it didn’t really matter whether New Zealand had a slightly leaky defence – they’d simply go on the attack and outscore their opponents. For comparison, the chart below illustrates the number of times each team in the Rugby Championship (including the Tri Nations before it was expanded) has finished with a negative points difference.

New Zealand’s attacking nosedive is further illustrated by the sharp downward curve in sheer number of tries scored. While all teams showed a decline compared to the previous year (a natural trend considering the truncated tournament), the All Blacks’ dip is stark.

That trend is consistent with the overall points tally accumulated at this year’s Rugby Championship. Curiously, though, the last time the All Blacks had such a stark dip (ahead of a huge jump) was when they won the Rugby World Cup in 2015. That might be because the Rugby Championship was truncated that year, too.

If you’re into statistical superstition then look away now, though. South Africa had the most solid defence at this year’s tournament. Perhaps because of the rush defence Jacques Nienaber is coaching. But if the little story that the team who wins the Rugby Championship hasn’t lifted the William Webb Ellis Cup in the same year is something that’s got you a bit skittish, you might not want to look at how teams who have the best Rugby Championship record tend to fare at the Rugby World Cup.

While the trend-lines in these stats are interesting, those who were paying attention to the match-specific stats will also have a yarn to spin. Specifically when looking at the numbers between Argentina and South Africa.

The scoreline – an emphatic 13-46 win for the Boks – is as convincing as it gets. But that won’t convince everyone – especially not those number crunchers in the South African backroom who are meticulously analysing every bit of data.

While the above comparison looks far less convincing, it’s the context of these numbers that matters. Conceding a turnover in your own half, for example, is far more dangerous than in neutral territory.

It also depends on whom you ask. Some statistics providers gave Argentina a more generous 54% possession stat while being kinder to South Africa on the clean breaks with an 11 vs 18 comparison.

What those numbers also don’t reveal is that South Africa had more tackle success, won all their scrums and lineouts and had to contend with being a man down when Faf de Klerk was sent to the naughty step. In that time, Cheslin Kolbe briefly transformed into a scrumhalf – impressively so. His adaptability revealed more context than numbers ever could.

The numbers also fail to reveal that even if the All Blacks were to run 100 points past Australia when the two meet this coming weekend, teams will still feel far more confident playing them at the Rugby World Cup than they would have been a month ago.

Because all stats are like puppets: reach deep enough and you can make them say anything. But stats do influence perception and right now, it’s the Boks that most teams think are looking pretty spiffy. DM