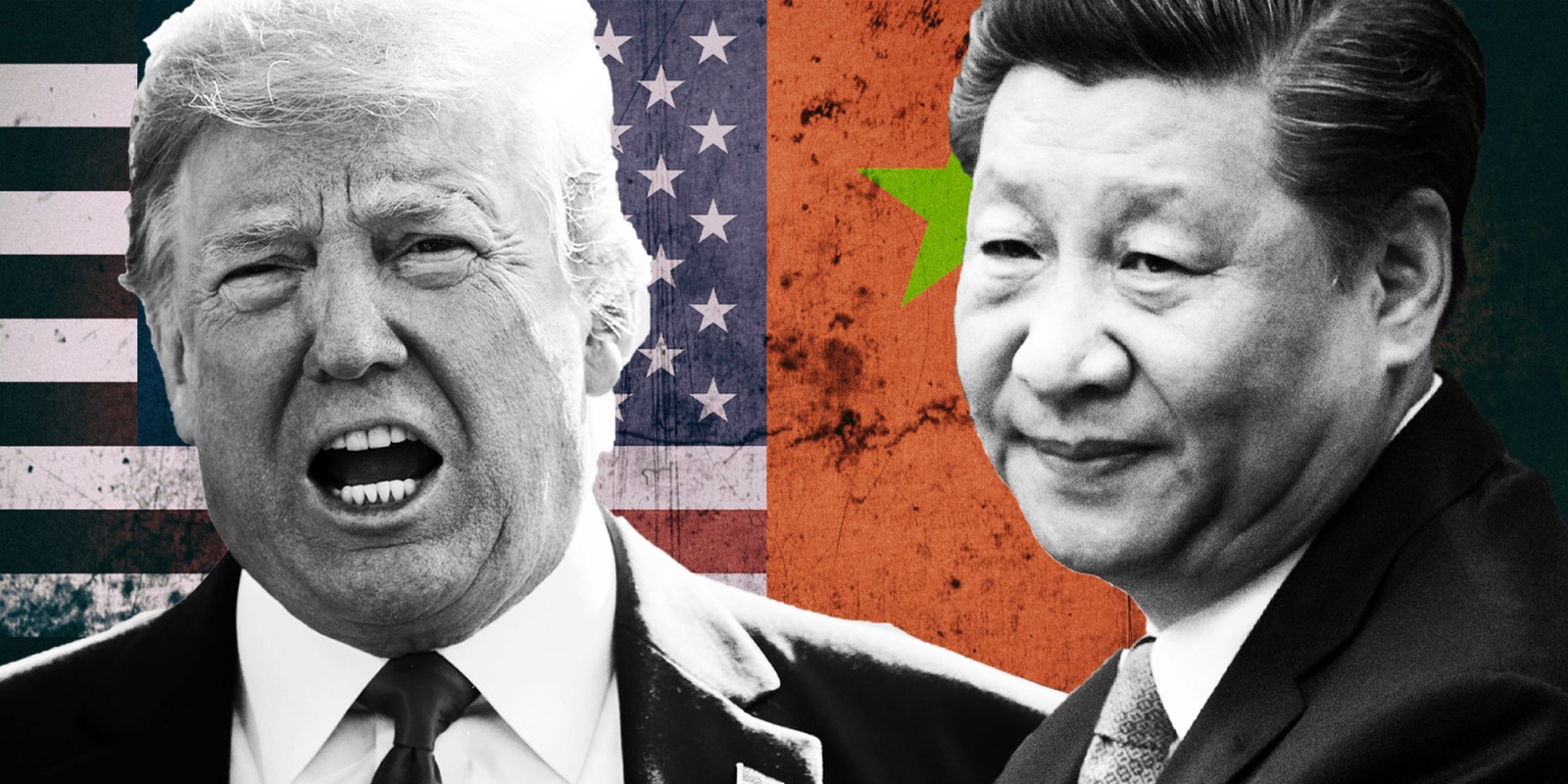 The prospect of a full-blown trade war has escalated dramatically, with China allowing the yuan to depreciate to above seven to the dollar for the first time in a decade in response to Trump’s surprise pre-weekend trade tweet. The economic fall-out promises to be far-reaching for a world economy already teetering on the edge.

The trade spat between the US and China, which began brewing in earnest in March 2018, has finally ramped up to what many believe may be the point of no return.

Trump threw down the gauntlet when he announced his intention to impose 10% tariffs on $300-billion of Chinese goods. China retaliated this week by allowing the yuan to rise above seven to the dollar for the first time in more than a decade — raising the spectre of a currency war. China’s state departments are also believed to have been asked to halt all imports of US agricultural goods.

The fallout from what looks set to become a fully-fledged trade war when the global economy is vulnerable will undoubtedly be significant and far-reaching. In its July World Economic Update, the International Monetary Fund made that clear when it reduced its global economic growth forecasts. It warned that its projected growth pickup in 2020 was “precarious, presuming stabilisation in currently stressed emerging market and developing economies and progress toward resolving trade policy differences.”

With the resolution of trade policy differences looking remote, if not impossible, now, the impact of these events has, and will be, felt most acutely across three broad buckets of assets. These are risk-off investments, safe-haven assets, and demand-driven commodities and industries.

Riskier assets were understandably the first to take a beating in the wake of Trump’s tweet. Stocks around the world tumbled and US stocks experienced their worst week so far in 2019. Investors were already downbeat in the wake of the US Federal Reserve meeting, interpreting Chair Jerome Powell’s comments as indicating that the 25-basis-point cut was unlikely to be the first of many.

Emerging market assets tend to take the brunt of the pain during risk-off bouts in financial markets. This has been evident since trade jitters took hold in 2018, with developed and emerging market universes experiencing divergent stock market performance. The MSCI World Index ended July 2019 1.6% higher than it was the previous year compared with a 4.6% decline in the MSCI Emerging Markets Index. That gap could well widen even further as long as elevated trade tensions loom over equity markets.

Safe-haven assets, namely US Treasuries, the Japanese yen and gold, are usually the beneficiaries of uncertainty or adverse economic development — and the past week and year have been no exception. Since last week, US Treasuries have rallied to three-year lows of 1.77%; gold has increased to $1,460 an ounce, its highest levels since May 2013; and the Japanese yen has rallied almost 3% to the dollar since last week.

The gold price has been on a steep upward trajectory since early June and has held steadily above $1,400 an ounce for most of July. Should the trade war escalate, who knows how far the precious metal could go? Previously, it reached an all-time high of $1,920 in September 2011 on concerns about the extent of quantitative easing and the impact this may have on inflation.

Demand-driven industries, such as oil, agriculture and manufacturing, have already felt the impact of trade tensions and the slowdown in global growth. The ratcheting up of those tensions will only exacerbate the effect the economic fall-out has on the demand that drives these industries.

The Brent crude oil price is about $20 a barrel lower at $60 than it was in June 2018 when it was trading at about $80. More significantly, the slowdown in global demand as a result of a slower world economy has meant the oil price hasn’t managed to return to its highs achieved in 2018, despite concerted efforts to constrict supply and escalating geopolitical tensions between Iran and the Western world developed nations. The price is, however, still well above its sub-$30 a barrel lows at which it traded in early 2016.

Ironically, the US agricultural industry has arguably been hardest hit by the trade tensions — and it is this that has fuelled President Trump’s latest heavy-handed trade tactic. Soybeans are at the centre of the dispute, with Trump accusing the Chinese of not reinstating imports as they had allegedly promised. As a result, soybean prices are currently trading at around $850 a bushel compared with $1,000 at the end of May 2018 when trade tensions began to fester. The US agricultural industry is likely to remain under pressure, both directly if China does withhold its custom and indirectly if a full-blown trade war impairs already vulnerable global growth prospects.

It isn’t surprising that manufacturing has borne the brunt of the world economic slowdown to now. Where there is acute uncertainty and signs of demand coming off, businesses are reluctant to invest and, without healthy capital investment, manufacturing activity subsides. Of even more concern will be when the slowdown becomes apparent in the global services industry too, which has held up relatively well until now.

With more and more evidence showing that there are no winners in a trade war, let’s hope that rational minds will ultimately prevail. However, with the US presidential elections in 2020 that may be a tall, or even impossible, ask. Already there is speculation about whether Trump’s actions are being driven by his desire to rally certain parts of the electorate behind him.

A healthy US economy will be a determining factor behind his election success. Understanding that may introduce some level-headedness to his economic thinking; especially once he can see the mounting costs and what is really at stake for the world economy. BM