The Matcha Movement: Why the green tea powder is more t...

The Matcha Movement: Why the green tea powder is more than just a trend 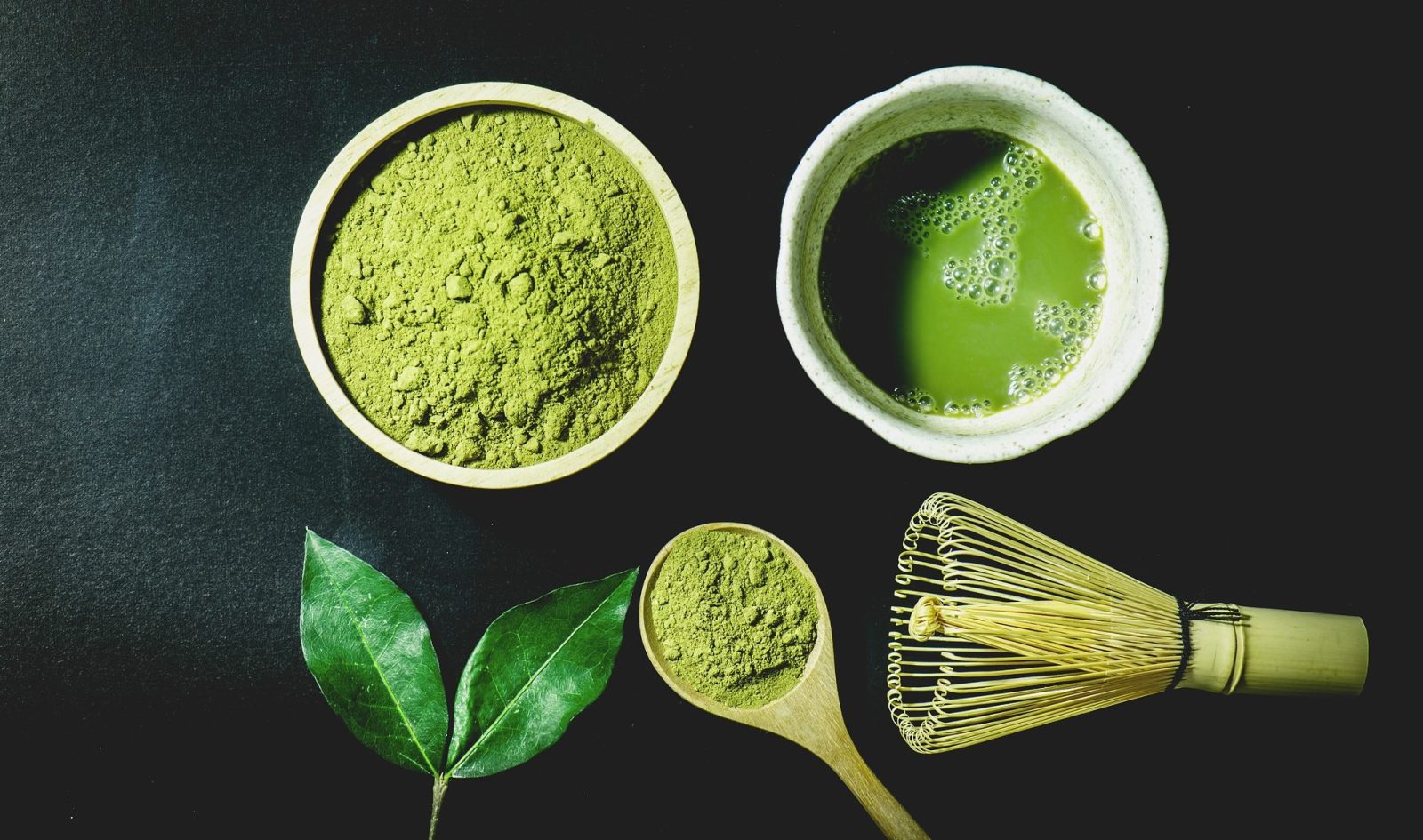 Used in lattes, smoothies and, more recently, flapjacks, ice cream and even macaroons, matcha has made its name as a trendy superfood ingredient; but is it just a fad or are the health benefits for real?

Since 2015, coffee shops and health cafés have been adding a new unfamiliar drink to their menus: the matcha latte. Matcha seems to be having more than just a moment, with the superfood ingredient now being added to other food offerings, like the Schekter’s Raw Organic Matcha Flapjacks, to Häagen-Dazs’ Matcha Green Tea Ice Cream, or the more decadent Matcha Green Tea Crème Frappuccino® Blended Crème from Starbucks; and that’s just a few.

Seen in the hands of models at New York Fashion Week – in 2015, models backstage at the Marc by Marc Jacobs sipped on their matcha tea Instagramming the moment for green tea posterity – while in an interview, goop founder and wellness girl-next-door Gwyneth Paltrow praised the iced matcha lattes as her first choice in caffeinated drinks.

Yet, while the green tea powder appears to be sustaining its popularity, are its claimed health benefits, including high levels of antioxidants as well as energy-boosting and detoxifying properties, as good as they seem?

Should you be switching from coffee beans to matcha green? We explore.

Matcha is a green tea powder that is made using a specific kind of green tea leaf, unique to Japan. Unlike other green tea varieties, where extracting the flavour and health benefits come from the teabag or leaves being brewed or strained in water, with matcha the whole tea leaf is ingested. This results in a higher concentration of antioxidants, the molecules that fight free radicals in the body.

Functional medicine practitioner Dr William Cole explains that the plants used to make matcha, unlike other green tea plants, are covered and grown in shade for 20 weeks before they are harvested, which increases the chlorophyll (green pigment) levels, and gives the powder its vibrant green colour.

Once the leaves have been harvested, they are steamed, dried out and stone-ground to create a fine green powder.

“It takes an hour to grind the leaves and it’s done in the dark to protect the nutrients,” states Louis Cheadle, co-author of The Book of Matcha, in an article in Time magazine.

In the podcast Real Health Real People run by certified health coaches Hether Crawford and Sara Frappier, the hosts explain that the stone- grinding is an important part of the process that helps determine the grade of matcha, which ranges from ceremonial (the highest grade made from leaves at the top of the plant), to premium (contains the full nutritional content and is best for daily consumption) and lastly the culinary or cooking grade (suitable for cooking purposes, however, slightly bitter due to using leaves lower down on the plant).

Where does it come from?

Matcha lattes might be new to our menus but the green tea powder has been a part of the Japanese tea culture since the 11th century.

The tea cultivated for matcha is primarily grown in two Japanese regions: Uji in Kyoto and Nishio in Aichi Prefecture. The preparation process is ritualistic and meditative as it is considered a sacred ceremonial drink in Japan. Today, matcha has become a more commercialised grab-and-go hot drink alternative, but there are still tea parlours that offer the ceremonial side of the green tea drink.

What are the health benefits?

The health benefits associated with the concentrated green tea powder are manifold: it is considered a superfood (foods that have a high nutritional density and volume of vitamins), and contains powerful antioxidants, thanks to its unique properties and method of preparation.

Unlike an ordinary cup of brewed green tea where few nutrients are reaped, matcha supposedly offers a higher concentration of antioxidants and minerals, because the whole leaf is stone-ground. The green tea powder holds catechins, a compound ascribed to potent antioxidant activity. Crawford and Frappier explain that, specifically, matcha contains a catechin called epigallocatechin gallate (EGCG) which is said to have cancer-fighting properties.

“Matcha is said to contain 137 times more EGCG than regular green tea and epigallocatechin gallate is the specific catechin you want because it shows health benefits in terms of people with cancer, heart and liver disease, obesity, Type 2 diabetes and cardiovascular risk factors,” says Frappier. However, the more ingredients the matcha is combined with, the lower the EGCG levels become.

Cole adds, “If you want to get the most EGCG action out of matcha, or any tea for that matter, stick to regular hot water. Adding different kinds of milk tends to have a dampening effect on the antioxidant bioavailability, so enjoy your matcha latte but don’t make it your only source of EGCG.”

Should you try it?

Similar to green tea, matcha has a slightly grassy taste, however, it is more sweet than bitter, which makes it more appealing and palatable.

Should you be looking to make your matcha at home, the green tea powder is available to purchase at select wellness retailers and speciality tea stores.

Still, Medical News Today notes that it is important to check the ingredients before purchasing the matcha powder, as many packages or premixes might have added sugar or artificial sweeteners. If you want to get the claimed health benefits from your matcha, go organic or make sure that the only ingredient is matcha powder… and nothing else. ML