One day, 38 new committee chairpersons, politicking and a packed in-tray 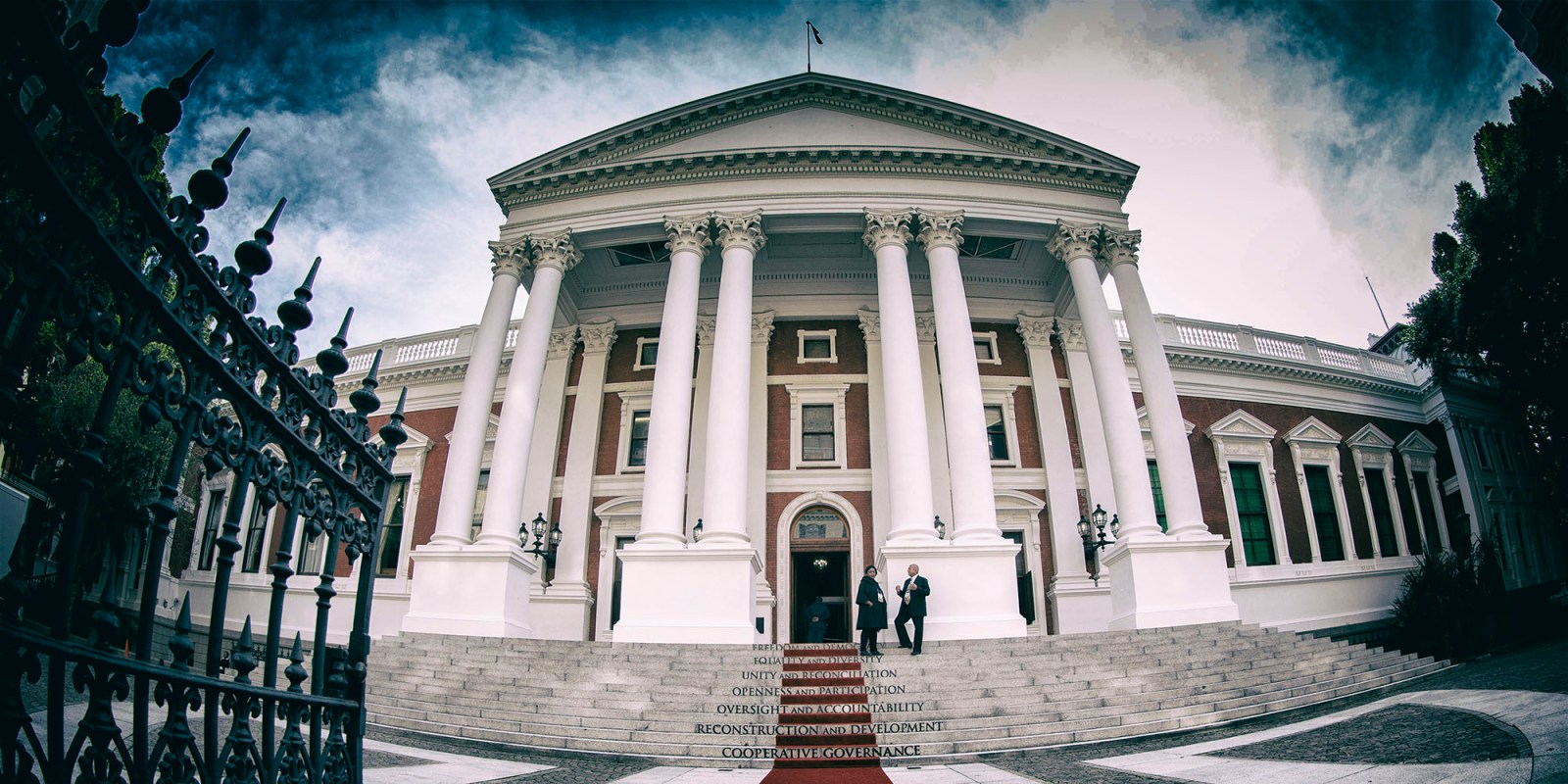 The pressure is now on after weeks of delays in getting Parliament properly up and running. (Photo: Leila Dougan)

Five weeks after MPs were sworn in, the national legislature on Tuesday 2 July finalised its last structures, the committees. And with not a minute to spare, given the Budget vote debates to process February’s R1.83-trillion allocations kick off next week.

These controversial ANC MPs have been fingered in State Capture, and dodgy governance. All but two are former ministers in the Jacob Zuma administration, where Buthelezi served as deputy finance minister and Mahumapelo as premier of North West. All have dismissed any claims against them, not infrequently pointing out no court had found them guilty.

The DA on Tuesday wanted to make a point, even if it was always a foregone conclusion that ANC numerical dominance meant its will would carry the day. And so the surprise was not the Opposition’s political folly, but the unusual decision by ANC Chief Whip Pemmy Majodina to attend several, if not all, of those committees.

Chief whips don’t attend committees unless it’s the programming committee, which is part of their role to assist in facilitating the running of Parliament. Chief whips ensure their caucus toes the line and makes its contribution to the parliamentary system according to the party line.

Then there’s the admin stuff like sick leave, committee and House attendance. And then it’s the political stuff that is determined, in the ANC’s case, by the political committee, which brings together the chief whip and seniors within the parliamentary caucus.

Majodina took a different view. Having heard a day earlier the DA was “going to contest our names”, she said she wanted to understand the concerns.

“But having listened, there’s really nothing new. I will never allow a member of the ANC to become targeted in the streets… Innocent until proven guilty,” the ANC chief whip told Daily Maverick, adding all ANC members at Parliament had a right to be at the committee meetings.

In the robust politics of Parliament, having the chief whip of the governing party present in committee might be seen by some in the opposition benches as a tactic of intimidation. And it may also unsettle those in the governing party with a track record in the national legislature.

Not that there are many left, as the post-2019 elections in no small way stripped institutional memory from the ANC parliamentary caucus. This was visible in many of Tuesday’s inaugural committee meetings to elect chairpersons.

On the ANC’s side of the room in the Standing Committee on Finance (SCOF), only Noxolo Abraham had served on that committee before, with other ANC members including former energy minister Dipuo Peters as an alternate and ex-justice committee member Gijimani Skosana.

At the Standing Committee on Appropriations, the ANC component was new, as was the case at the home affairs committee and the police committee.

Unless the intention is to rely on the governing party’s numerical dominance, the ANC parliamentary caucus will have to shape up sharply given that the opposition benches are filled with experienced parliamentarians. The pressure is now on after weeks of delays in getting Parliament properly up and running – largely due to the instability of ANC factional politicking over chairpersons and a series of ex-ministers’ resignations.

This means that, effectively, most committees have just a couple of days to scrutinise departmental annual performance and strategic plans.

In the justice and correctional services committee, African Christian Democratic Party (ACDP) MP Steve Swart said he and the DA had raised concerns over how MPs should exercise proper oversight given time pressures. On Tuesday 9 July, it has briefings by Legal Aid South Africa, the Special Investigative Unit (SIU) and the National Prosecution Authority (NPA). The next day it’s the turn of the South African Human Rights Commission and the Public Protector. Then it’s the committee report on these entities and the departments before the justice Budget vote debate on 16 July.

Similar scenes played out in home affairs, where the minister and Electoral Commission of South Africa (IEC) briefed MPs on Tuesday, with the home affairs Budget vote debate set for next Wednesday, 10 July. The Standing Committee on Finance is set to get its first briefing from National Treasury on its annual performance plan and budget on Thursday 4 July.

The time crunch is similar for the co-operative government committee that will receive briefings this week from the department, the South African Local Government Association (Salga), Demarcation Board and the Commission for the Promotion and Protection of the Rights of Cultural, Religious and Linguistic Communities. Its Budget vote debate is next Wednesday, 10 July.

The police committee also got cracking on Tuesday with the first of its hearings from the SAPS, followed by the secretariat and the police watchdog, the Independent Police Investigative Directorate (Ipid), ahead of the Budget debates next Thursday, 11 July.

And the appropriations committee also has no time to waste: the Appropriation Bill tabled with February’s Budget was revived by Parliament last Thursday, June 27, but there are technical issues, including the need for amendments to reflect the new departments.

Anything between five to 10 Budget vote debates are scheduled, with Parliament getting just over four hours on 16 July and the Presidency six hours on 17 July, with a presidential reply the following day. The Appropriations Bill that gives effect to all Budget votes and allocations is set down for 23 July.

And while Parliament again goes into recess a couple of days later, there remains a heavy in-tray: the DA-requested inquiry into the fitness for office of Public Protector Busisiwe Mkhwebane, the processing of the 25 June notification by President Cyril Ramaphosa of his decision to sack advocates Nomgcobo Jiba and Lawrence Mrwebi from the NPA in line with the statutory requirement that Parliament adopt a resolution confirming or rejecting such removal within 30 days of the presidential notice.

And then there is the anticipated Special Appropriations Bill to give effect to one of the key announcements Ramaphosa made during his State of the Nation Address (SONA) in late June – the R230-billion bailout to Eskom. DM