Zimbabwe: Fadzayi Mahere’s move to the MDC Alliance could rejuvenate the party 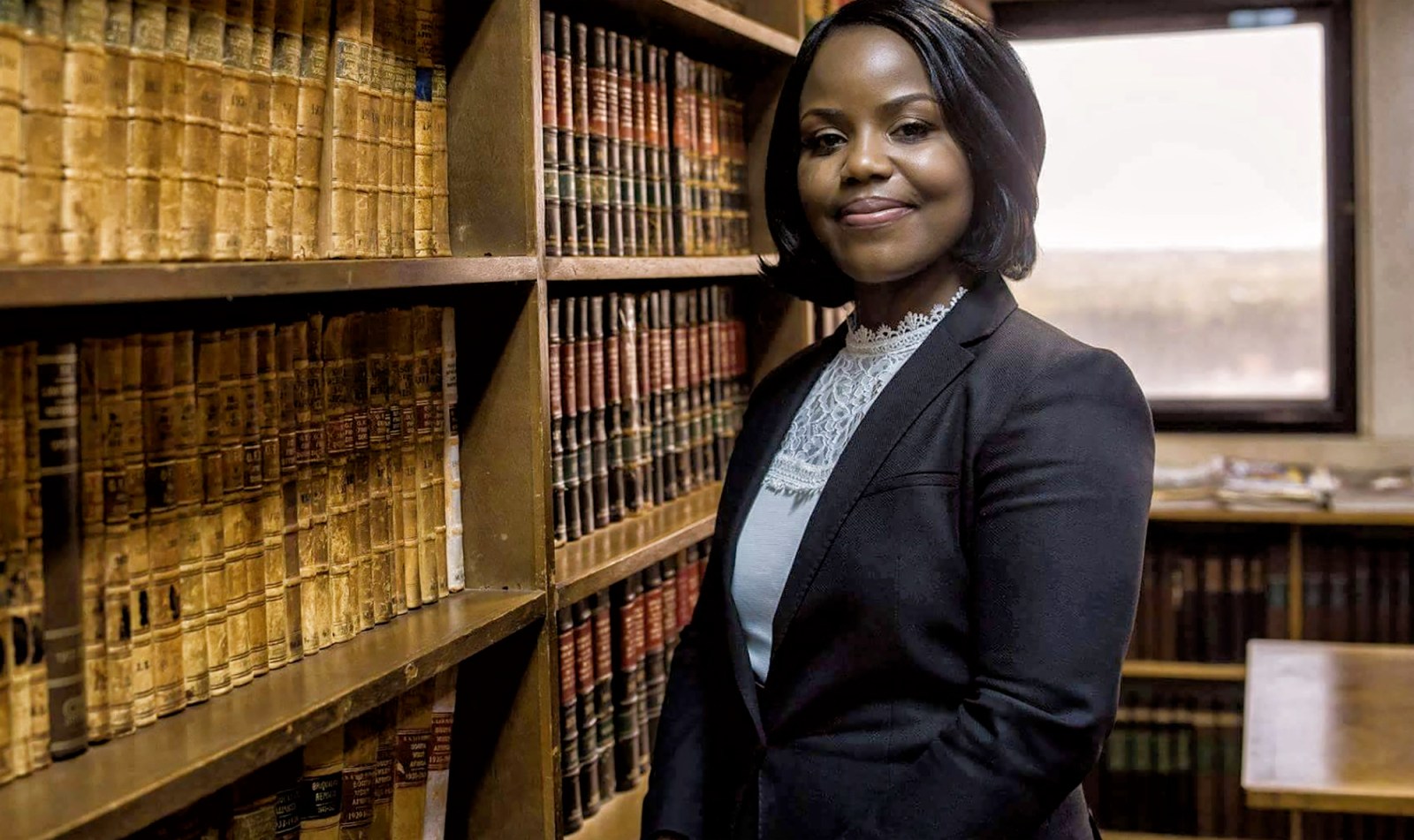 Former International Criminal Court lawyer Fadzayi Mahere has announced her move from being an independent to being a senior member of the MDC Alliance. Her move could have wide ripple effects in Zimbabwean politics.

In an unexpected announcement on 19 June 2019, advocate Fadzayi Mahere took to her Twitter and Facebook accounts to officially announce that she had joined the MDC Alliance as the Secretary for Education, Sports and Culture.

This comes at a time when the Zimbabwean people continue to face the harsh realities of a battered economy caused largely by captured institutions. Mahere’s announcement, which called for a “united opposition” which “must speak with one voice”, indicates a shift in her angle of engagement with Zimbabwe’s political landscape.

Why this was a smart move for Mahere?

After ascending to public-figure status through her vocal fight against the introduction of bond notes, Cambridge-educated Mahere ran her “Yellow Campaign” which was set as a clean, independent campaign in a bid to win the Mount Pleasant parliamentary seat in Zimbabwe’s 2018 elections. Her loss to MDC Alliance candidate Samuel Banda after a highly visible campaign was evidence that she needed to pick a side if she stood a chance of being voted into a change-maker’s seat.

Mahere’s intentions for transforming a defunct Zimbabwean political culture have always been clear. Borrowing from Larry Diamond, political cultures are characterised by various beliefs, attitudes and evaluations of a given political system and one’s role within it. In this, democratic legitimacy is vital to the consolidation of one’s aspirations.

When wanting to make such a change, the feasibility of doing so through individual candidature has often proven ineffective — especially if one’s aim is to influence institutions. Partisan loyalties cover a wider base of social groups that may not necessarily share identical political cultures, but rally to support the party with the most beneficial outcome for them. In this, numbers remain important.

Partisan political loyalties have long held clout within the Zimbabwean political landscape. Indicators from Afrobarometer note that in 2017, 62% of respondents felt they needed to toe the partisan line when it came to civic-political engagement. Trauma and memory studies reveal that by nature, whether human beings will admit it or not, we dread engaging with the fear of the unknown and the uncertainty thereof.

In a state such as Zimbabwe, where citizens continue to live under the inhibitions of structuralised trauma, local sentiments of “rather the devil we know” continue to blind citizens from taking potentially transformative independent candidates seriously. This is the reason we continue to see the same faces dominate political discourse and remain at the political settlement table as bargaining elites.

A clear example of this was seen in the 2018 elections with independent presidential candidates such as Dr Nkosana Moyo, who only attained 0.3% of the vote despite everyone noting that he had good ideas.

Simply put, by joining the MDC Alliance, her message will cover a larger audience base which would have previously not paid her any attention because of blind support entrenched in subconscious partisan loyalties.

Why this is good for the MDC Alliance?

The MDC Alliance’s accommodation of a young, energetic and competent woman into their ranks is to be commended. This move is a politically savvy one for the MDC Alliance and offers a moment of respite for a party which has faced criticism from analysts such as myself for their insensitive gender politics both in continued internal power struggles with Dr Thokozani Khupe, as well as in their lack of gendered representation during their 2018 election campaign.

At the intersection of age, the MDC Alliance has gained someone who persuaded an otherwise apathetic youth to actively vote on their future in 2018. Throughout 2018 on Twitter, there were sentiments of envy from previously apathetic urban youth voters who were not in the Mount Pleasant constituency as they wished they could have cast their vote for Mahere, who had captured their attention through her campaign.

More importantly, her campaign brought together volunteers — most of whom were part of the youth demographic — who would have otherwise let the election pass them by. This ignited hope for an active citizenry, which had not otherwise been seen at local constituency level in recent times.

Adding to her appeal as part of the youth demographic, Mahere brings with her strategic technological advancements such as her online automated personal assistant, “Shandu” (short for shanduko, meaning “change” in Shona) which she used during her Yellow Campaign. The online assistant allowed users to volunteer, donate and retrieve the campaign’s manifesto among other functions.

Such fresh ideas can only be expanded to help the MDC Alliance’s strategic positioning in informing potential voters about their manifesto and other party-related issues in the run-up to the 2023 elections. This will help them relay their message to a wider audience as well as engage with electorate queries more efficiently. Moreover, this technology could help the MDC Alliance make inroads towards garnering the rural vote where the party traditionally falls short.

Linguistic access can also be extended through the expansion of Shandu-type technology which can be developed to include more languages spoken in the country besides those which the automated personal assistant already has. This could revolutionise the party’s relevance in the next elections. Logistical challenges to backdated technologies and communication advances in the rural areas of the country should, however, not be overlooked and the MDC would need to factor in the politics of access if it wishes to pursue this route.

Considering an increasingly factionalised ZANU-PF, this is MDC’s time to work towards tangible outcomes for 2023 by learning from the mistakes of 2018.

The MDC Alliance needs new faces such as Mahere’s, now more than ever. What she represents and who she speaks for is pertinent to the party’s reinvention at this juncture in Zimbabwe’s political history. The party’s internal fighting coupled with challenges in an increasingly securitised state is indicative of the fact that the MDC needs a new approach.

As a former lawyer at the International Criminal Court, strategic interjections from Mahere’s experiences and insights into politics in Zimbabwe could positively influence the narratives around transparency, accountability and justice for victims of state violence through renewed engagements with retributive and restorative justice mechanisms.

Mahere’s decision to keep fighting from within the political arena will hopefully encourage more competent young Zimbabweans to step up and seize the space that is rightfully theirs — regardless of their chosen political affiliation. In the long term, synergies between the old guard and new political actors will hopefully evolve. The desired outcome will be the intergenerational transfer of ideas which will shape the future of Zimbabwe and influence policies that will effect change.

When young people complain about not being able to take a seat at the table that decides on their future, they are often challenged to seize the place that is rightfully theirs. In her less than five years on the Zimbabwean political stage, Mahere has taken this challenge seriously and has personified the mantra “we are the ones we have been waiting for”, while inspiring many in the process. The MDC Alliance can only benefit from this.

Her international exposure to a larger, updated network can only be a good thing for the MDC Alliance which could benefit from more partners among civil society, the legal fraternity as well as donor communities in and outside the country. DM

Mandipa Ndlovu is reading towards a Master of Philosophy (MPhil) in Justice and Transformation at UCT focused on intergenerational legacies of state denialism of violence and citizen trauma as impeding factors for development, peace and security on the African continent.