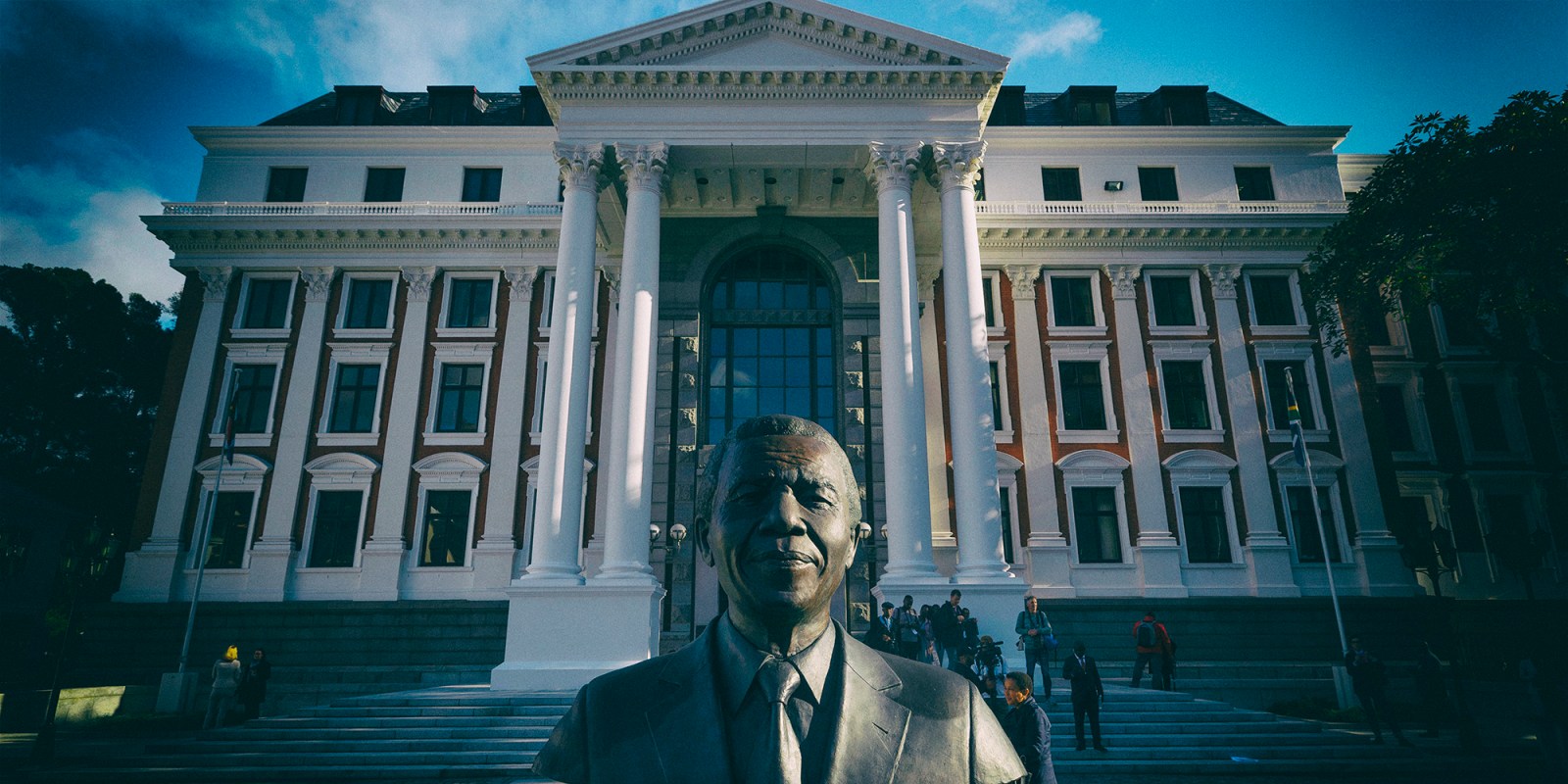 There’s lots of action in Committee-land in Parliament this week, with a few Cabinet ministers set to make appearances.. (Photo: EPA-EFE / Nic Bothma)

A special ANC parliamentary caucus is scheduled for Wednesday to finally announce the committee chairpersons whose selection was delayed, repeatedly, amid factional horse-trading. But on Tuesday a different delay emerged: That of the swearing in of the second batch of new ANC MPs in less than two weeks, including two with clouds over their heads, from being fingered for supporting the Guptas to an overturned murder conviction.

It’s been topsy-turvy in the ANC parliamentary caucus as governing party ructions have hit Parliament. The legislative sphere of state has had to delay finalising all its structures; only those it could launch without Luthuli House such as the rules and programming committees are in place.

The announcement on house chairpersons and committee chairpersons — they drive and direct the legislative and oversight work of MPs — was meant to have happened last week Thursday, but the caucus was cancelled at the last minute, setting tongues wagging.

And then amid all this came the resignations of nine ex-ministers who resigned their parliamentary seats after considering the loss-of-office gratuity and resignation benefit of the Political Office Bearers Pension Fund.

Without those resignations, neither Kebby Maphatsoe, the repeat president of the uMkhonto weSizwe Military Veterans Association (MKMVA) who also served as deputy defence minister, nor Matthew Wolmarans, the ex-Rustenburg mayor and one-time murder convict turned ANC MP in 2017, would have made it back to Parliament. At spot 119 and 122, they were simply too low down on the ANC national list, given the party’s 57.5% polling performance in the May election.

According to a statement from the Office of the ANC Chief Whip, Maphatsoe and Wolmarans respectively replaced ex-energy minister Jeff Radebe and ex-labour minister Mildred Oliphant in the group of five ANC MPs to be sworn in on Tuesday. But that swearing was postponed to Wednesday.

It is a new stint in the backbenches for Maphatsoe, a former deputy defence minister who, as a vocal supporter of former president Jacob Zuma in September 2014, described then public protector Thuli Madonsela as “a CIA spy”.

Wolmarans returns to familiar territory. He first came to the National Assembly in late September 2017, when he was sworn in alongside Nkosazana Dlamini Zuma, the former African Union Commission chairperson. Three years earlier, in June 2014, a Full Bench of the Mahikeng High Court overturned his conviction for the 2012 murder of whistle-blower Moss Pakoe. That judgment set aside his criminal record, wiping clean Wolmarans’s slate.

That was after the South African Communist Party (SACP) blew the lid on such talk in the top echelons of Luthuli House. Instead, Malusi Gigaba, representing the radical economic transformation (RET) grouping within the ANC, got the job in a midnight Cabinet reshuffle at the end of March 2017.

During his time at Parliament Wolmarans’s fellow ANC MPs on the environmental affairs committee, looked into a 2015 game deal worth R100-million that saw the transfer of animals from North West government-owned reserves to Southern Africa Rare Game Breeders Holdings without a tender, and which benefited Wolmarans and Mike de Kock, a businessman said to be close to then North West premier Supra Mahumapelo – who is now an ANC MP – and others.

The environmental affairs committee decided the deal should be reversed, and further investigations be done, according to an official committee statement dated 27 October 2017.

“Both the conception and implementation of the game donation project were not properly done, despite the high value of the wildlife species involved in that transaction. These two processes appeared to have been hurried for reasons unknown to the committee, said then committee chairperson, ANC MP Phillemon Mapulane.

But Wolmarans and Maphatsoe are not the only ones under a cloud on ANC backbenches. Sifiso Buthelezi, like Maphatsoe a deputy minister in the Jacob Zuma presidency, was like Maphatsoe and Wolmarans too low on the ANC national election list to be sworn in after the 8 May poll. However, Buthelezi’s turn came earlier in June as he replaced former state security minister Dipuo Letsatsi-Duba after her resignation, according to a statement from the Office of the ANC Chief Whip.

Buthelezi, as deputy finance minister, was the chairperson of the Public Investment Corporation (PIC), the government-owned manager of R2-trillion of state employees’ social savings and pensions, whose dealings are under scrutiny at a public inquiry chaired by former Supreme Court of Appeal President Lex Mpati.

Buthelezi came from KwaZulu-Natal to make the national ANC public representative candidate list in late February 2016. He replaced communications committee chairperson Joyce Moloi-Moropa, who returned to her job as SACP treasurer full time and was assigned to the finance committee. However, it took 13 months for him to become deputy finance minister.

Maphatsoe, Wolmarans and Buthelezi join others who have been fingered in various at best dodgy dealings. Already sworn in as ANC MPs at the end of May have been Faith Muthambi, the ex-communications minister whose term was sharply criticised in the 2016 parliamentary SABC inquiry and who leaked Cabinet information to the Guptas, according to #GuptaLeaks, and Bongani Bongo, the backbencher turned state security minister who, according to the Sunday Times, had tried to bribe the evidence leader of the parliamentary inquiry into Eskom State Capture.

Also on the ANC backbenches is ex-mineral resources minister Mosebenzi Zwane, who is fingered in pushing the Guptas’ agenda in acquiring a coal mine, but also during his time as Free State agriculture MEC where his involvement in the Vrede dairy farm project led to the death of one whistleblower and the isolation of another, according to amaBhungane.

With speculation rife over the delays in the announcement of parliamentary committee chairpersons, some under a very public cloud have been touted for those important posts. It’s part of ANC factional power politicking to grasp important positions of influence. Who holds the upper hand will emerge when the committee and house chairpersons posts are announced. DM