Treasury 101: Malusi Gigaba, radical economic transformation and the elephant in the room 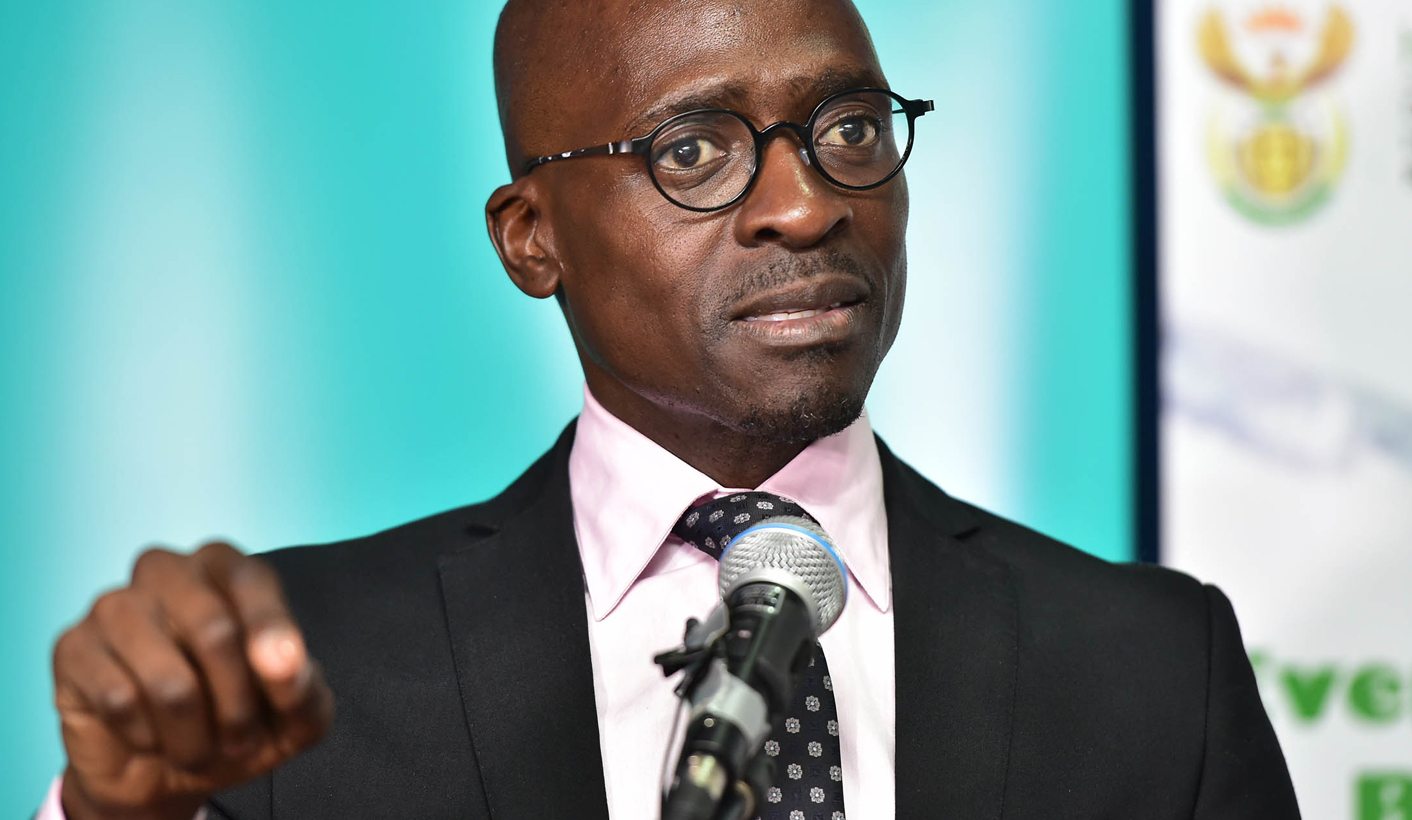 Malusi Gigaba put radical economic transformation firmly on his agenda while also indicating the continuation of  “measured fiscal containment that stabilises the rise in public debt” during his first briefing as Minister of Finance on Saturday. The briefing followed days of sharp criticism of President Jacob Zuma’s sacking of his predecessor, Pravin Gordhan and Gordhan's deputy, Mcebisi Jonas. Gigaba moved to allay concerns, noting the contributions of “all of the previous ANC ministers of finance, Comrades Trevor Manuel, Nhlanhla Nene and Pravin Gordhan”. By MARIANNE MERTEN.

Finance Minister Malusi Gigaba tread a fine line: one the one hand he mentioned the inclusive growth, that had been a leitmotif during February’s Budget, but also committed to radical economic transformation.

“There is a growing consensus inside the ANC and progressive sectors of society, that if anything, the pace and depth of transformation has been too slow and in many instances, superficial. Simply put, many in our alliance feel that the ANC can do more in order to address the policies of radical economic transformation.”

This would not be done recklessly, said Gigaba, emphasising that the finance ministry would maintain the stance adopted in the Budget. At least, that was the approach until any changes which may arise from the December ANC national conference, or from “Cabinet, acting collectively”.

Gigaba pledged to implement ANC policies, and those outlined in President Jacob Zuma’s State of the Nation Address that announced “radical socio-economic transformation”. In his address, Zuma quoted the ANC lekgotla’s definition of radical economic transformation as “… fundamental change in the structure, systems, institutions and patterns of ownership, management and control of the economy in favour of all South Africans, especially the poor, the majority of whom are African and female…”

Gigaba’s comments on the National Treasury provided insight into the often tough political contestation over an institution that has been criticised in certain circles of wanting to be a super institution. Such criticism, even from within Cabinet, came even as the Budget and financial allocations are arrived at collectively through a ministers’ Budget committee and a similar technical team of various directors-general before being approved by Cabinet in an almost year long process.

“For too long, there has been a narrative or perception around Treasury that it belongs primarily and exclusively to ‘orthodox’ economists, big business, powerful interests and international investors. With respect, this is a people’s government,” he said. “Like the nation as a whole and government itself, the National Treasury does not exist for the exclusive use and benefit of some with power and vested interests. From Sandton and Alexandra, Stellenbosch and Khayelitsha, and everywhere in our beloved country, we need to find ourselves.”

Gigaba declined to comment on which interests had held sway in the past, or would in the future. “It doesn’t mean there’s somebody that I suspect or gossip about… Don’t think I was throwing shade.”

On day one on the job, Gigaba said he had telephoned his “predecessors”, and South African Revenue Service (Sars) Commissioner Tom Moyane. Meetings were scheduled for Monday. Following a request by Moyane, Gigaba said, the two would then announce the tax collection numbers as of March 31, the end of the financial year. While Moyane and Gordhan had a frosty relationship, Gigaba said he had previously worked with the Sars commissioner and had “full confidence” in him.

Further briefings are expected as Gigaba on Saturday repeatedly emphasised that he was only one day into the post. However, the former home affairs and public enterprise minister also reminded all that with 13 years in government he was no newcomer, and had a “vast amount of experience straddling security and economy”.

Newcomer or not, Gigaba appeared to have firm ideas on his new job. “We remain unapologetic about using the state’s spending power to grow black enterprises”, and later reiterated that “the use of government’s vast procurement budget… to empower black people, we must not be apologetic about that”. He also pledged to work with the South African Reserve Bank to “strengthen and transform the financial sector so that it serves all South Africans”.

Gigaba was also looking to put his stamp on structures put in place by Gordhan. So the business task team will remain “with further improvements we need”. Meetings with black industrialists, aspiring managers and professionals and small, medium and micro businesses (SMMEs) are planned, alongside others with organised labour, civil society and the ANC’s alliance partners.

Day one in the job and the grasp on finance jargon slipped every now and again. The parliamentary Budget oversight leading to Budget vote debates somehow ended up being described as a “policy statement process”. The word “credible” was dropped as inelegant from earlier comments about working with “credible rating agencies”, when asked what he meant by “credible”.

But Gigaba during Saturday’s almost two-and-a-half hour media briefing proved himself to be a suave politician. He did not sidestep the widespread public outcry over the midnight reshuffle, that has already led to protests and calls of civil society mobilisation.

“I am fully aware that we are at a highly politicised, polarised and contentious moment in the history of our young democracy,” he said.  It was not about personalities, Gigaba insisted: “Judge me by my actions in the coming months”. DM